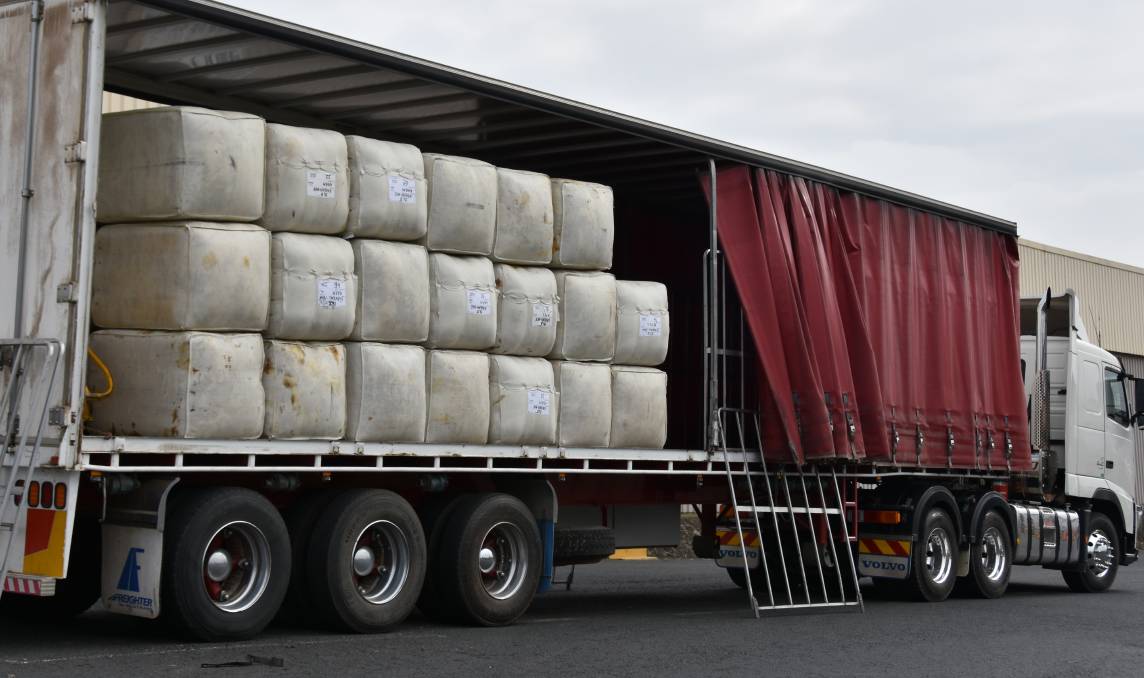 The wool market returns from its three-week winter recess next week and the industry will be hoping it shows signs of recovery.

Industry experts don't believe the wool market will show any immediate signs of recovery when it returns from its winter recess next week.

Industry experts don't believe the wool market will show any immediate signs of recovery when it returns from its winter recess next week but say a bounce back may be on the cards in the second half of the season.

The market has just taken a three-week break following a tumultuous 2019/20 season which saw it tumble 605 cents a kilogram or 35.3 per cent on the previous season.

And Mecardo managing director Robert Herrmann said the global situation was still too uncertain to expect prices to return to their pre-coronavirus levels.

"The wool market peaked in 2018 and we've been producing roughly the same amount of wool as we did back then but there's just not been the same demand for it," Mr Herrmann said.

"We've seen consumer demand collapse as a result of COVID-19, which shows us there's nothing wrong with the market and supply, it's just the lack of demand for it."

He said wool growers may need to adjust their expectations and accept the prices they are offered for the long-term benefit of the market.

"For the next 12 months, we've got about two million bales to market, that's fresh production and what's in stocks," he said.

"But if we keep passing in wool like we have been since about February, where at times the passed-in rate was around 40 per cent, we're going to be building up that stock that we've got to digest when the market recovers, and we'll end up with 2.5 million bales, and you can't expect demand to grow [to be able to sell all of that]."

He said while we were just waiting for an improvement in consumer confidence and economic activity in order for the market to bounce back, he was optimistic that that would happen.

"What we know is that economies do recover, they always have no matter how big of a disaster they've faced," he said.

"Apart from the world economy, the fundamentals of wool are in a good place."

And he said there were positives to come out of China that may assist with a market recovery.

"We know that 80pc of our wool goes to China and everyone says that's a bad thing, and up until now it's not been great, we would have preferred to have a more diverse destination base for our wool," he said.

"But over a period of time, China's retail and domestic demand for wool products has grown dramatically and now 50pc of the wool they take is sold domestically in China.

"If their economy is recovering as quickly as they're saying it is and they have dealt with coronavirus, then having all that wool go to China and the local demand will be a strong underpinning factor of a market recovery."

Elders Queensland wool manager Bruce McLeish said online wool sales through AuctionsPlus this week would be a determining factor on how the market performed when it returned next week.

"If the online sale was to be softer, we could see growers pull out of next week's sales which will mean we have a firm market," Mr McLeish said.

"But if the quantity does stay up, that will put a bit of pressure on the market.

"The better types will still be supported but the drought-affected, lesser types will be under a bit of pressure."

He believed the price levels seen before the winter recess would most likely be the "status quo" up until the end of the year.

"We're headed into the largest receival part of the year so there's going to be larger quantities coming in the next few months, so my feeling is this will be the status quo until about Christmas and then we'll re-visit it," he said.

But he said a market bounce back was dependent on the state of the world.

"The main thing we're really hanging our hats on is a vaccine so that people can return to some sort of normality which shopping is a part of," he said.

"If retailers see that there's a vaccine coming, we will probably see a turnaround in the market a couple of months before it is released as there is a lag time between buying the wool and having the product on the shelf."

Mr McLeish said the 1500c/kg mark could be a sustainable level in the short term after the market had begun to turn a corner.

"Then hopefully the next price cycle will build to another peak and usually peaks are higher than the previous peak," he said.

He believed when people came out of the pandemic, there would be real demand for products made out of wool.

"People will be looking for more sustainable products that they can get a longer life out of and the beauty of wool is that it can last," he said.

"So all the good work that our growers and industry bodies have done will help us have a faster recovery."

Fox & Lillie Rural technical and marketing manager Eamon Timms said one factor that was set to be crucial in the upcoming season was length.

"The favourable seasonal conditions in much of eastern Australia will be a driver of increased cut per head and longer staple length," Mr Timms said.

"This spring expect premiums on Merino fleece wool in the 70-90-millimetre range as the lots between 95-115mm will be a huge part of the selection."

He said mills preferred an average batch length of 90-95mm as this was the most efficient length and gave the best quality for spinning after the combing process.

"Too much long fibres cause massive issues with breakage on the spinning frames and the quality of the yarn is compromised," he said.

He said there would also be impacts on the traditional knitwear types.

"The length of many pieces and bellies will be too long; the knitwear types need shorter length to keep the yarn bulky to give the jumper or scarf the necessary bulk and loft to maintain the character," he said.

"Expect plenty of support in the spring for premium fleece types between 55-65mm which will be needed to pull back the long skirtings in batches."

The story Length will be king as growers hope for a wool recovery first appeared on Farm Online.