Plenty of thought was given in the 1930s as to how the rail system could be better laid out to shift big numbers of livestock. 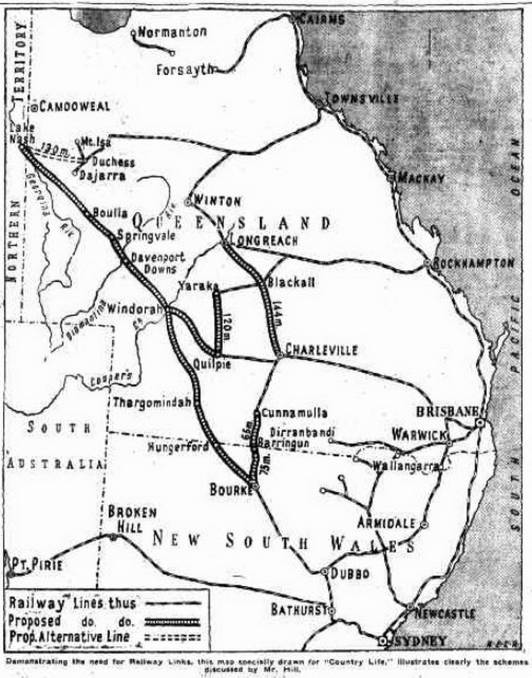 One of the earliest editions of Queensland Country Life in 1935 proposed that an inland rail system be developed.

SUCH was the angst created by the difficulties in moving livestock in Australia prior to the development of efficient road trains, plenty of thought was given to how the rail system could be better laid out to shift big numbers of cattle and sheep.

With constant difficulties in securing drovers and too often disastrous feed conditions on the stock routes, one of the earliest editions of Queensland Country Life proposed that an inland rail system be developed.

Not only did the mapping provided by Mr GA Hill in July 1935 suggest connecting Longreach to Charleville and both Quilpie and Yaraka with Windorah, the mapping blocked in a major 1300km arterial line from Lake Nash in the Northern Territory, right through to Bourke in far north western NSW. 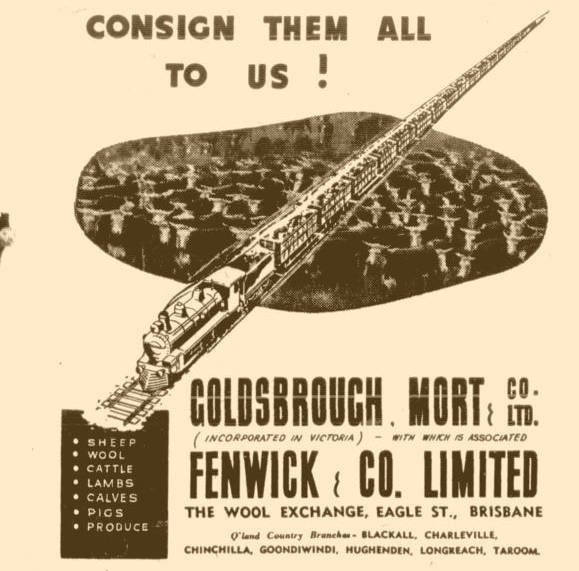 Rail was a popular way of moving livestock, as this 1950 ad from Queensland Country Life shows.

"The Queensland and NSW systems may be likened to a gigantic spiders web radiating westward, almost completely severed in the middle and suspended by a flimsy coastal strand on a line practically north and south through the capitals," Mr Hill said. "Were the web to be perfected, its resultant strength would be incalculable."

Later maps show a 1500km line from Lash Nash to Darwin, giving both Brisbane and Sydney direct access to Australia's most northern port.

Interestingly, the map shows an already completed rail line between Warwick and Brisbane. If that link had ever been built, it would likely have diffused much of the concern created by the proposed route of the Inland Rail across the Condamine River floodplain and near Goondiwindi.