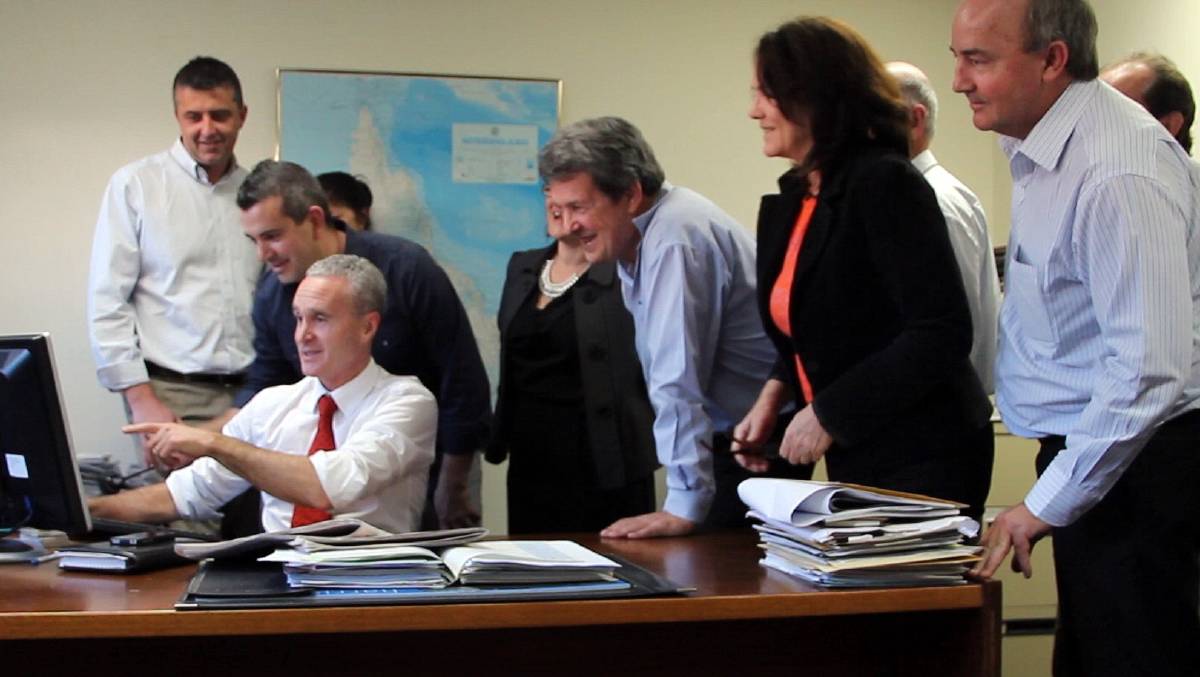 As Queensland Country Life celebrates its 85th birthday we reflect over how the news was delivered over the years.

Over the past 85 years Queensland Country Life has gone from broadsheet to tabloid to online publishing.

A lifetime ago the newsroom was a cigarette smoke filled room abuzz with a dozen or so journalists who reported on their specialised commodities.

Our colleagues before us handled the world of reporting armed with a file of copy paper six inches by four inches where each paragraph was typed and handed to a sub-editor.

Their journalistic arsenal comprised a notebook, pencil, sheets of copy paper, either a Rolleiflex or Voigtlander camera, flash bulbs and a dry battery charger hanging from their shoulder. The simple all-purpose camera settings were F11 or F8, depending on the sun's position.

In the early years those reporters on the road would report back by reverse charge phone calls made from a phone box or a hotel room.

It is 64 years since veteran rural writer Jim Bowden walked into the Queen Street offices of Queensland Country Life looking for a job.

Legendary editor Wallace Skelsey took him on as a message boy and gave him his first assignment - to collect rolls of film and copy from reporters at the Royal Queensland Show.

His first job as a cadet reporter in 1957 took him to Cannon Hill Saleyards every Thursday to collect livestock sale reports from nine stock agents and phone them through to an editorial secretary to type up and send to the print room.

Finally Mr Bowden was sent on his first assignment to Charleville to cover an event.

Now aged, 78, he recalls: "I asked what else I might write about while I'm there?"

He experienced some of his best times while working for the paper and described it by saying "I was growing up" with Country Life in the 1950s and 1960s.

Newsrooms had copy boys who were often shouted to by the sub-editors to collect the copy and deliver it to the typesetters.

Typesetters would use Linotype machines that created lead type, letter by letter, and these formed words on large sheets that were composited on Linotype and similar "hot metal" typesetting machines during the 1970s and 1980s, being replaced with phototypesetting equipment and later computerised typesetting and page composition systems.

These journalists often battled the long distant party lines,sending telegrams until the world of journalism changed in the early 1980s with the introduction of computers, telex and facsimile machines and direct dial telephones.

Back then Queensland Country Life was a 50-page broadsheet, produced weekly in a hot metal composing room at Sunday Truth in Fortitude Valley. Each page was cast in an 18kg block of lead and dispatched to rotary presses in the building's basement.

From there, it moved to the Gympie Times in the late 1980s and the page negatives would travel to Gympie by courier, before moving to the state-of-the art new Queensland Country Life headquarters at Ormiston that housed its own printing press.

In 1984, Queensland Country Life joined the charge to computer technology - and everything changed.

"It was for the better - yes, but nowhere near as exciting," Mr Bowden said.

Journalists would work on a large computer and all stories were saved on a floppy disc and downloaded into a central memory file for editors and sub-editors to access.

In the 1990s the journalists were trained to use the Harris Terminal whereby all stories were filed by a code such as 'be' to begin and 'fe' to fetch a story.

For those working remotely they were issued with a TeleRam Portabubble terminal that would transmit stories through a landline.

These tablets would only save 800 words, so if stories were longer, journalists would send the first part and phone head office to ensure it was safely received and filed, before deleting and writing more to finish their story.

One of the advantages of the Portabubble was you could save certain words that the writer often used, particularly if it was long and difficult to spell. The Portabubble was then replaced by the Tandy Tablet and laptop computers.

In the year 2000 photographers and journalists were issued with digital cameras and laptops to file their pictures remotely.

This breakthrough enabled pictures and breaking stories to be filed up until Wednesday morning.

Like the rest of society, journalists continued to adapt to the rapid advancements in technology throughout the 2000s.

One of the big game changers of course was the iPhone, which became part of the arsenal of Queensland Country Life journalists in the early 2010s.

Journalists could text and email updates to the editor, use their portable hotspot to send photos from the field and film and edit video footage. Digital SLRs were also added to the toolkit.

Stories began to be regularly shared online and our audience continued to grow and engage with our content.

Whether it was the Roma Cup or stud cattle results from the Ekka, it all began to appear on queenslandcountrylife.com.au

Back on the print front, journalists were filing stories into News Editor, with content then placed by sub-editors using first Quark, then InDesign.

The latest system shift, which helped cement Queensland Country Life's status as a leading rural news provider in print and online, was NewsNow in 2015.

The one-stop publishing shop made it possible to produce stories for print and online simultaneously, as well as build pages.

It streamlined our business but most importantly, it made it possible to continue to serve you, our readers into the future.

Sponsored by
From Karumba to Cunnamulla, Eidsvold and Yelarbon, Queensland's regional attractions are among the nation's best.
Test
Sniffer dog Ulf is the winner of the Top Dog award after making 400 biosecurity detections in 2020.
Test
There were 3689 cattle offered at Roma on Tuesday.
Test
New technology presented at the Protein 2021 conference shows how farmers can turn their waste water into a commodity.
Test
Speckle Park confidence clear at Toowoomba sale.
Test
Concerns have risen after Townsville's BoM weather radar goes offline during Cyclone season.
Test
Interested parties have until next Monday to submit feedback on Inland Rail.
Test
The agricultural sector has long appreciated the value of organics, adopting on-farm strategies to retain and reuse nutrients.
Test