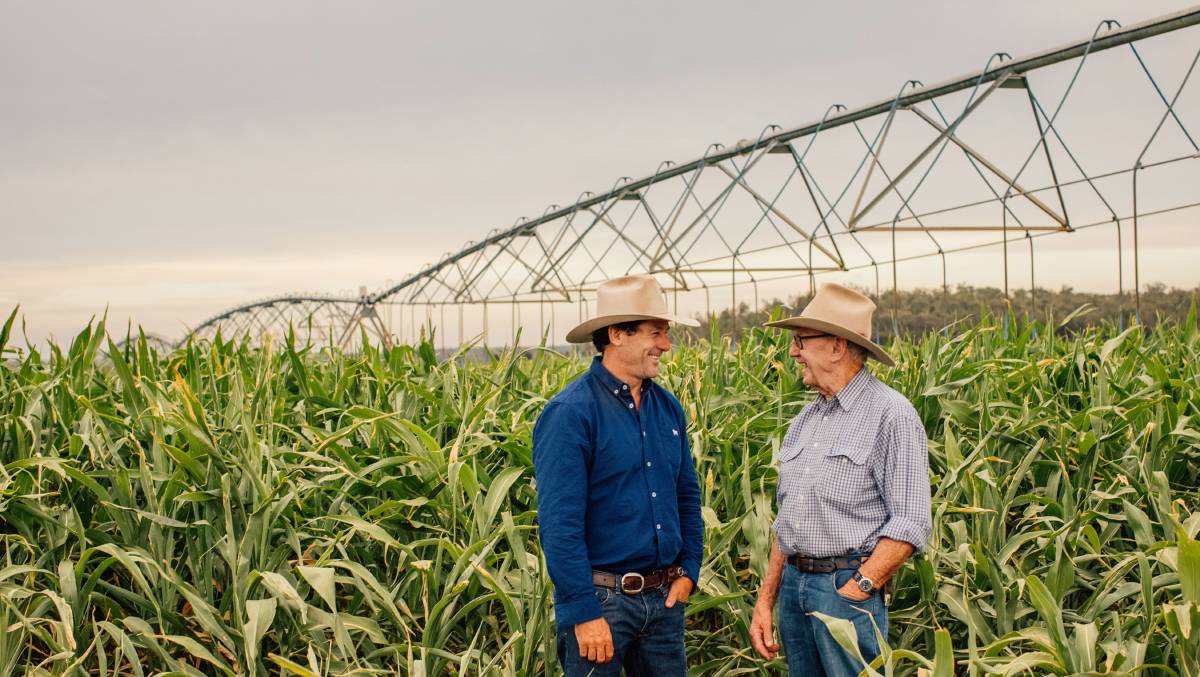 Alastair and Andrew Bassingthwaighte, Yarrawonga, Wallumbilla, are delighted to be the most successful exhibitors in this year's RNA Paddock to Palate competition.

The Bassingthwaighte family, Yarrawonga, Wallumbilla, were the most successful exhibitors in the 2020 RNA Paddock to Palate.

Queensland beef producers have defied the challenges of the past 12 months to take a clean sweep of the first phase of the RNA Paddock to Palate competition.

For Alastair and Andrew Bassingthwaighte and family of Yarrawonga, Wallumbilla, on-going drought conditions made steer selection a lot easier.

The most successful exhibitors in this year's competition, the Bassingthwaighte's cattle placed in each of the three classes they entered.

They were awarded first place in the 70 day trade class (Class 38) with an average daily weight gain of 3.263 kilograms, and second in the 100 day Hormone Growth Promotant free export class (Class 40) with an ADG of 2.337kg.

They also picked up third in the 100 day export class (Class 37) with their cattle achieving an ADG of 2.797kg.

"This year it was the first time we had all our steers in the feedlot together, and we were feeding them a 40 per cent grain ration when our selection took place," Andrew Bassingthwaighte said.

"We narrowed our selection down to 100 steers and put them on oats that we had on our Dulacca West country. We trucked them back to Yarrawonga after it rained in February.

"With the combination of the feedlot ration followed by the oats, it bought what we thought was our best steers to the fore, so that is how we selected the team."

Mr Bassingthwaighte said any win is a good win, but without the stud cattle judging at the RNA this year it was "really big for us".

"We always think of the Paddock to Palate as the hardest competition in Australia to win, as you come up against some of the best beef producers in Australia."

Mr Bassingthwaighte said that like everyone else, they were in the grip of drought but have since received a welcome break in the season in February.

"During the drought, we sold off up to 40pc of our commercial progeny from the production herd.

"We are now custom feeding for the MSA Woolworths market and deliver 150 head to Teys Australia, Tamworth, NSW, plant weekly.

"The load consists of 50pc of our homebred cattle and the balance are cattle we buy in from our clients."