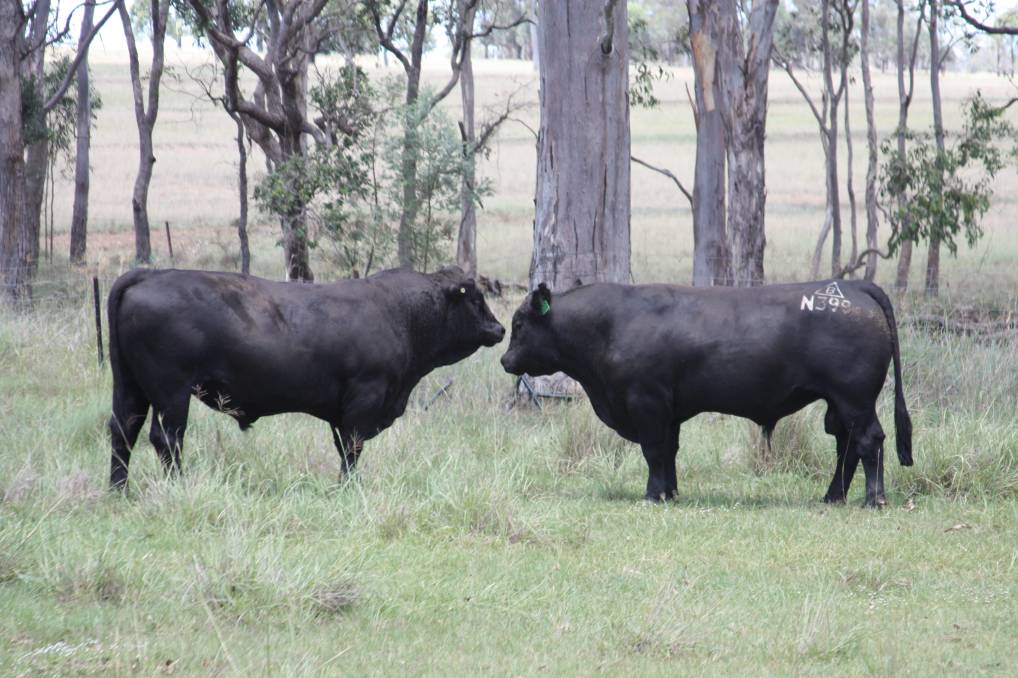 Although it's only early days, Justin O'Connor is pleased with how his new Black Simmental and Superblack sires have performed, with the first of their calves hitting the ground now.

Although it's only early days, Justin O'Connor is pleased with how his new Black Simmental and Superblack sires have performed, with the first of their calves hitting the ground now.

After 14 years in the military, Mr O'Connor has turned his hand to breeding beef cattle, becoming involved in a share-farming enterprise south of Morven.

With access to about 2832 hectares of the 6879ha property, Mr O' Connor's operation, Seedling Beef, is currently running 150 Simbrah cows, with reduced numbers due to the tough conditions in the past two years.

"Although I am new to it all, I did some research into the breed of cattle and markets I wanted to access and all the information lead to a Simmental cross," he said.

"I knew I needed a breed that was hardy and would get the job done, but not sacrifice carcase and meat eating quality," he said.

"Temperament is also very important as I am often working with the cattle by myself or have my young family helping out."

Black Simmental and Superblack (Black Simmental bulls with 19 per cent Bos Indicus content) bulls were sourced from the Bonnydale Qld stud, run by Kingaroy couple Jake Berghofer and Emma Patterson who have established a Black Simmental herd in partnership with the successful WA-based Bonnydale operation.

The pair are keen to expand the use of Simmental genetics in Qld due to the breed's versatility and quality carcase attributes.

"We wanted a larger framed bull without creating calving problems so we looked at calving ease and gestation days, " Mr O'Connor said.

"Hardiness to handle the mulga country we're in and structural soundness, including feet and legs, was also very important."

"The bulls have handled the heat and tough conditions really well, they have definitely proved themselves," Mr O'Connor said.

"I'm now looking forward to seeing how their calves perform."

After attending a KLR Marketing School last year, Mr O'Connor has introduced a year-round mating program to extend the window of opportunity for breeding.

The cows have also been supplemented all year with a loose lick block, while the calves will receive access to controlled pellet feeders from about six months of age onwards.

"My aim at the moment is to produce steers for local restockers with the intent in the next five years to find another backgrounding location to grow our own steers out," Mr O'Connor said.

"We're hoping to have these calves which are just hitting the ground now at about 250 kilograms to 260kg by April next year."

The steers will be sold through the Roma saleyards or via AuctionsPlus depending on the market, while a portion of the heifers will be retained as replacements.

Currently based in Kingaroy, Mr O'Connor travels to the breeding block regularly and has established a remote monitoring system in each paddock.

"The cameras have picked up on about 12 new calves coming into the watering points which is exciting."