What happens when a dairy cow's milk duties dry up? 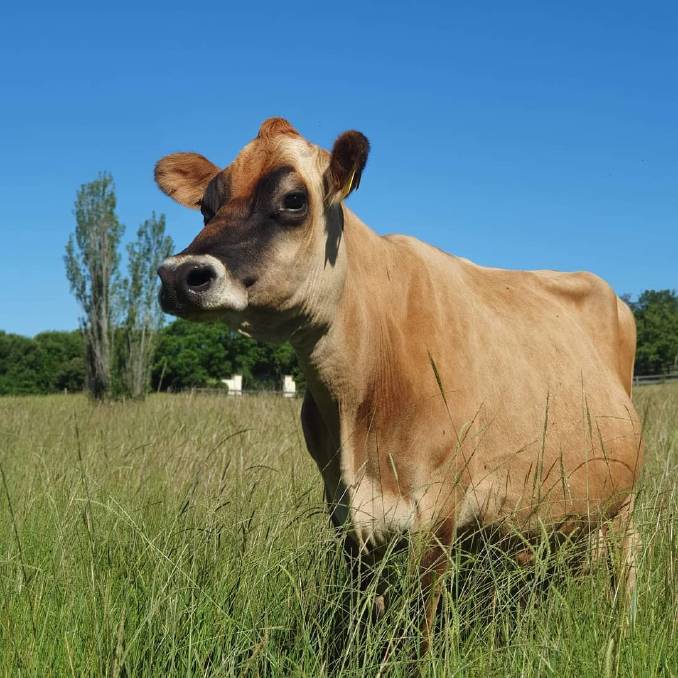 Camden's Luke and Jess Micallef saw an opportunity to give their animals a purposeful end to life rather than simply being a waste product.

Retired dairy cows whose milk duties have dried up are being used to supply a new beef brand that is gaining popularity with butchers and high-end chefs.

Cull cows who would traditionally be sent to saleyards and processed for ground beef or even pet food are now being given a bigger purpose thanks to Camden's Luke and Jess Micallef.

The pair established their own Camden Valley Veal and Camden Valley Retired Dairy Meat brands and recently secured their fourth Delicious Produce award in as many years for their quality products. 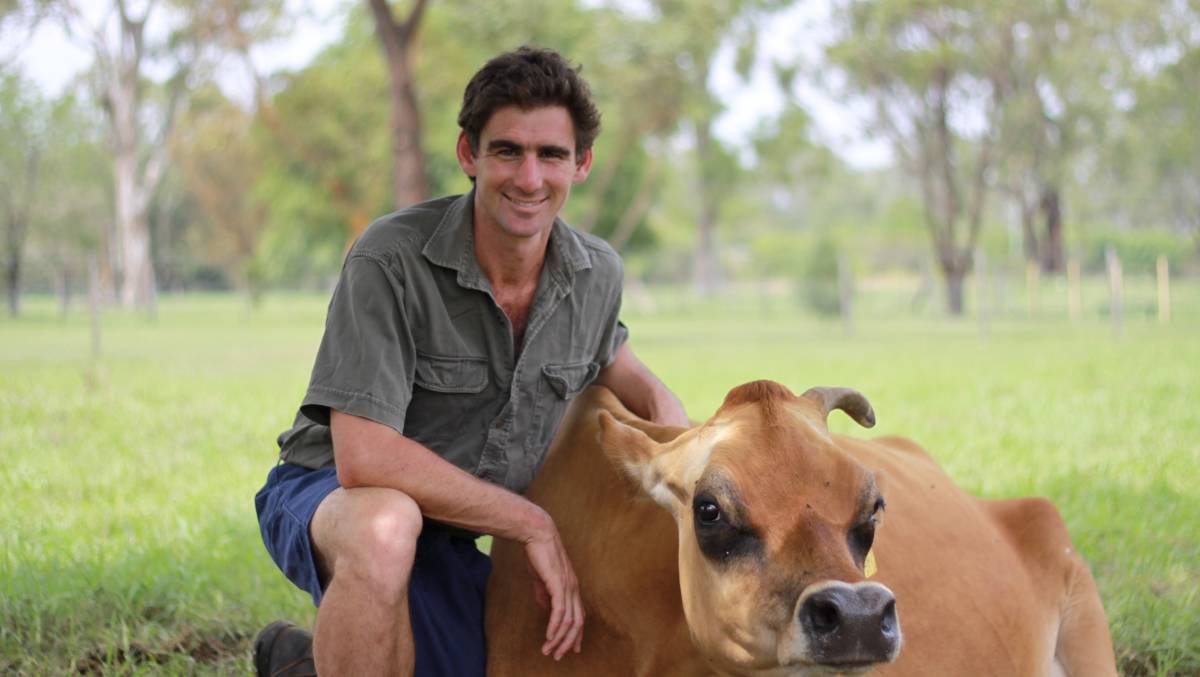 They currently have about 90 head of dairy cows and calves on leased property and their own 20 hectares, which now features irrigation using recycled effluent treated waste water to grow oats, perennial rye and perennial clover.

As if running a school education program and milking cows commercially in dairies wasn't enough, the Micallefs could see better value in using the milk from their 30 Jersey milkers to grow out vealers rather than sell to factories. 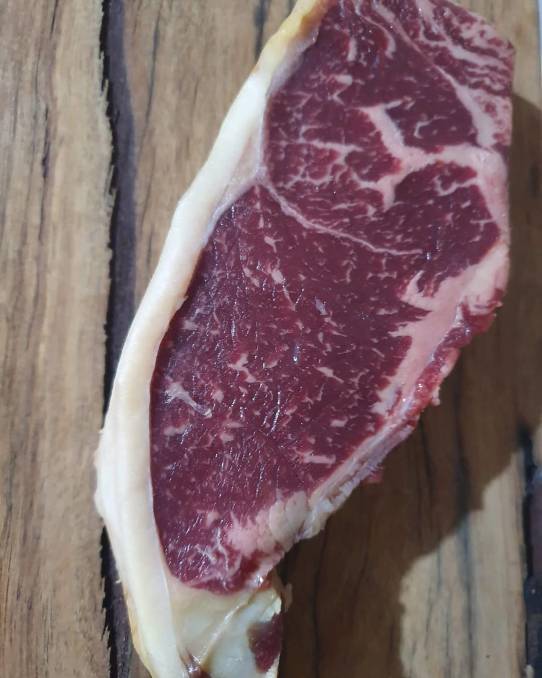 The sirloin from an 11-year-old retired dairy cow after 63 days of dry ageing. 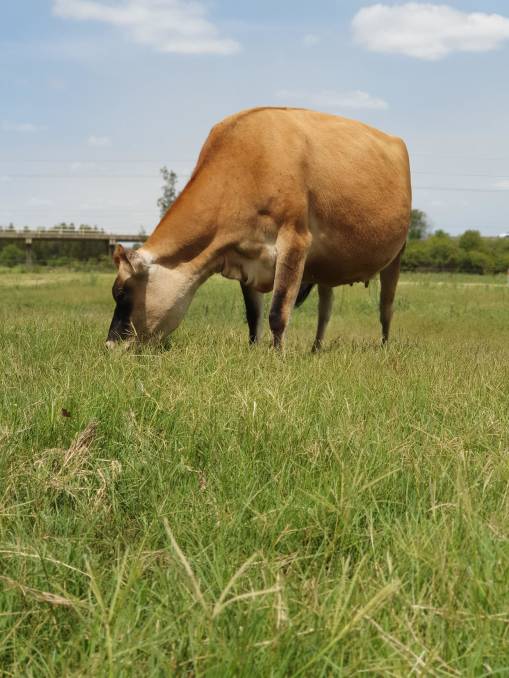 They eventually decided to promote their own brand and now process 150 to 180 bull calves each year turned off at 60 to 80 kilograms dressed; a combination of their own calves and some bought in stock.

That direct relationship with butchers and chefs attracted enquiry about the end market for their cull cows and an opportunity to experiment with processing and dry ageing the meat.

"Now when we have finished milking we turn them out to pasture for 12 months to allow them time to build muscle and fat cover slowly and naturally," Mr Micallef said.

"From there they are then sent in and dry aged for a minimum of four weeks before they are ready to sell."

The retired dairy cows have to be at least six years of age for their meat brand with some reaching up to 12 years.

While they started out producing one cow a year, some butchers now have regular orders for a body a month meaning more cull cows are bought in to meet the demand. 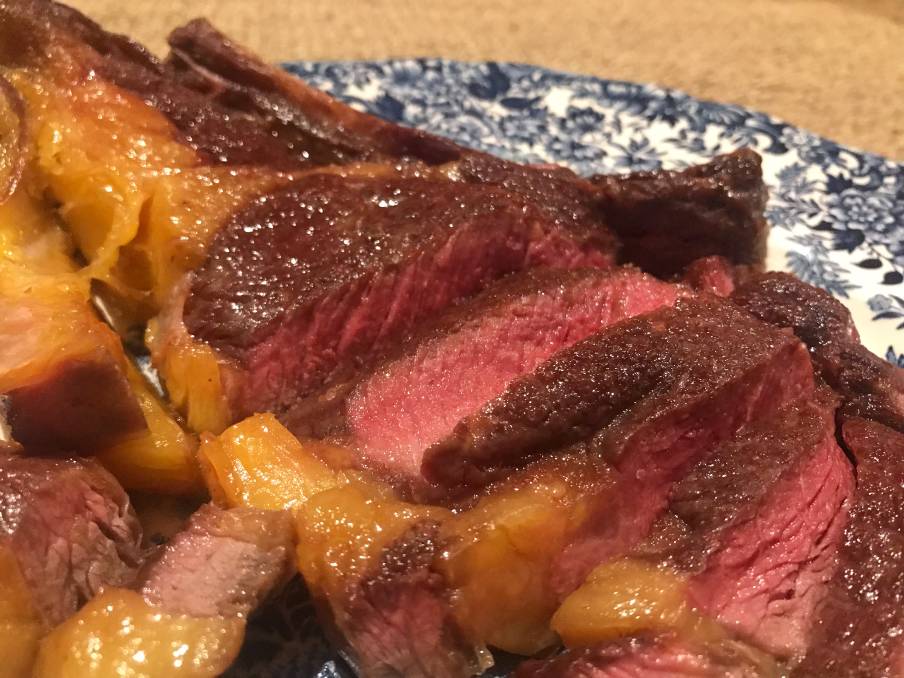 Mr Micallef said their customers celebrated the differences in their meat.

"The flavour profile is completely different to a regular steak and being grass-fed their whole life it has got a much deeper flavour to it," he said.

"The fact that it is an animal that's been used it's whole life in a dairy production system and rather than wasting that animal and sending it off as dog food, we are able to value add that product and promote it as a higher standard of meat.

"A lot of the flavour is in the fat and one thing we have found with the Jersey is they do marble quite well so you get that flavour right through the steak."

Chefs like My Kitchen Rules judge Colin Fassnidge and also Dan Hong are among those utilising retired dairy cow meat and subsequently encouraging the general public to show an interest too.

"We are not the only ones doing it, everyone is doing it little bit differently though, so we are just trying to find the right recipe for getting somewhat of a consistent product," he said. 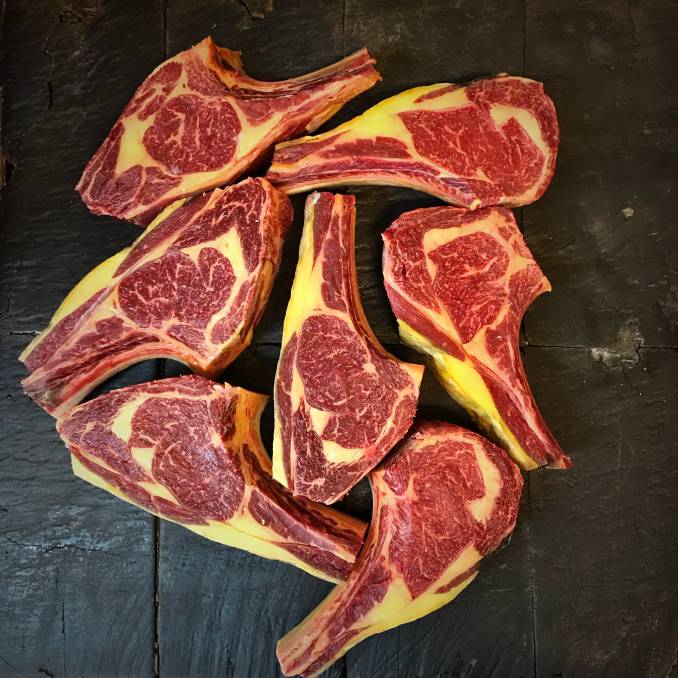 "The chefs have been really supportive of it, they are kind of the driving force behind getting the butchers to take it on but then the chefs they want to know when they plate something for someone that they know what it is going to be like."

Darren O'Rourke of Vic's Premium Quality Meats and former head butcher of Victor Churchill labelled Jersey dairy cow beef as the best he had ever tasted in the world.

Having grown in popularity in the last five to six years, butchers were now more accommodating of the product. While it may cost less than a prime carcase if butchers invested the time in promoting the product there were big gains for everyone.

"There is no question in my mind that it is not only the right thing to do ethically and sustainability it's also some of the best grassfed beef I've ever had in my life all around the world," he said.

"Jerseys have the propensity to marble really really well and the older they are generally the more marbling you are going to get, the better they have been looked after you are going to see a higher occurrence.

"The jersey have just got something no other breed has in fat colour; they just go fluorescent yellow. The meat colour is different in dairy cattle too, it's almost got a purple tinge to it."

The Jersey cows dress at about 275 kilograms, some times up to 350 kilograms, and not only is the meat type different for butchers but they have to adapt handling bigger forequarters and the like.