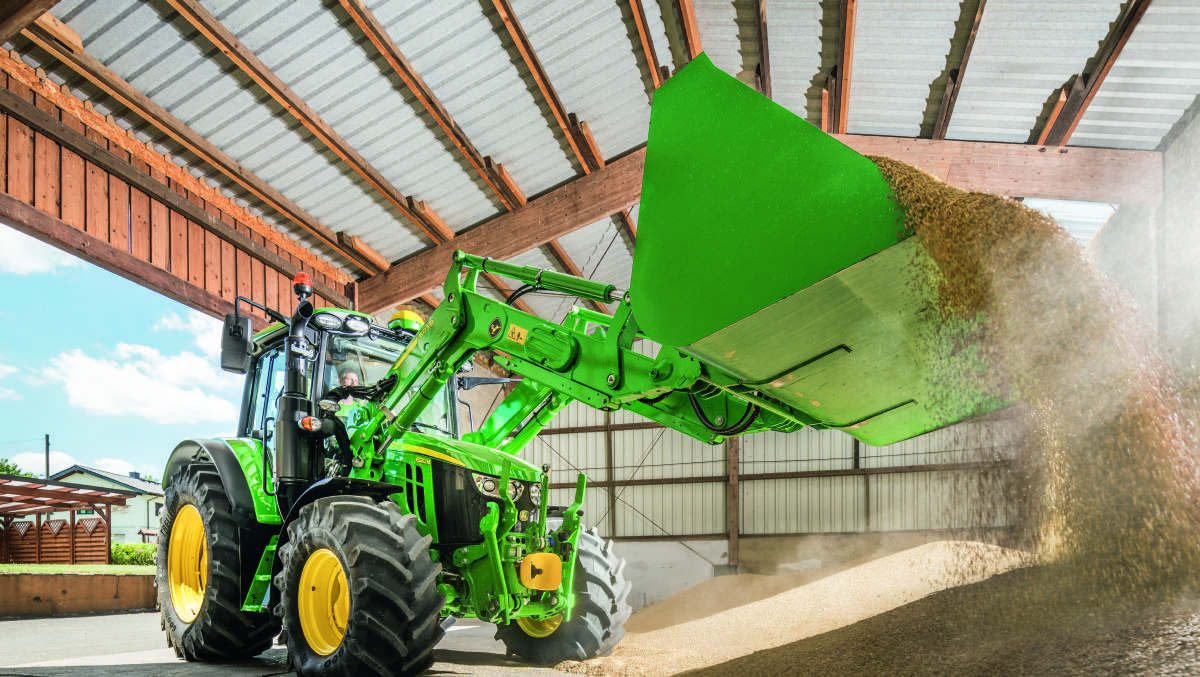 DEERE has released its major model year upgrade to the 6M lineup of small agricultural tractors to the market, boasting a number of new features to increase visibility and operator comfort.

"It's a huge market within Australia and New Zealand for the segment, its also a very competitive market," he said.

"This is the biggest thing that has happened to the 6 series in some time."

Mr Scott said while the original models in the 6M series had been updated, the lineup had also been expanded into three new horsepower models.

"The new series includes 90, 100 and 120 horsepower models that were designed new from the ground up."

Mr Scott said the three new models had a totally new look and feel compared to the rest of the lineup.

"We've incorporated a sloped bonnet design, providing better visibility, that is the first thing people will notice," he said.

"This will have a great fit with front-end loaders, we expect about 80 per cent to have them fitted."

Mr Scott said to further enhance visibility, Deere had removed the front dashboard from behind the steering wheel, as they had with some of the larger horsepower tractors.

"We have now moved it from a horizontal position to a vertical one and mounted it on a corner post of the cab," he said.

"Taking it away has really improved visibility.

Mr Scott said the 6M had a great fit for horticulture and high value crops.

"We've put rack and pinion axles on the tractors, which gives us more versatility in the widths available," he said.

Telemetry and precision technology is a key focus are for John Deere, Mr Scott said the tractors come with factory installed AutoTrac guidance as well as JDLink telematics to assist customers with fleet management, service updates and maintenance alerts.

Mr Scott said initial customer feedback on the new models had been positive.