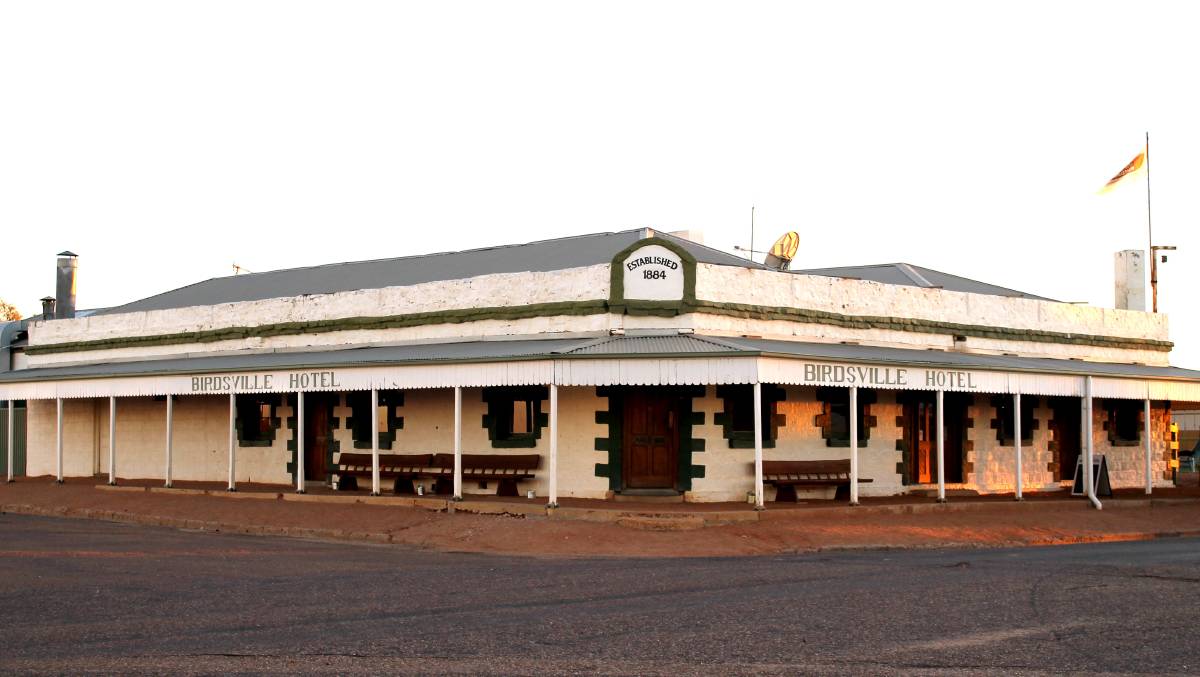 The Birdsville Hotel's general manager Ben Fullagar said everyone in the world was in the same position and they didn't expect any preferential treatment as far as coming out of the coronavirus shutdown went. Picture - Sally Gall.

A region-by-region approach to re-opening hotels, rather than a statewide opening of the doors, has been suggested by the Queensland Hotels Association amid calls for some of the state's most remote pubs to be able to resume trading across the bar.

A region-by-region approach to re-opening hotels, rather than a statewide opening of the doors, has been suggested by the Queensland Hotels Association amid calls for some of the state's most remote pubs to be able to resume trading across the bar.

Diamantina mayor Rob Dare caused a stir in his first week in the job when he said hotels such as those in his shire at Bedourie and Birdsville should be allowed to resume full service, saying the communities had no cases of coronavirus and no visitors to bring it in.

Clarifying that on Tuesday, Cr Dare said he was not advocating for doing anything without health department approval and that patrons would have to observe the four square metre rule in place to reduce transmission of the virus.

"We're already living like a big happy family out here though," he said. "We're allowed to go anywhere else in town and to shop, so why not the pubs."

While hotels are able to sell alcohol and meals as takeaways, Cr Dare said that in his communities with populations of 150 and 70, pubs were "doing it hard".

"We're not trying to be rednecks, we know this is deadly serious, but no-one out here's got coronavirus and no-one's coming or going.

"If someone did come to town and gave it to someone at the servo, we'd all get it anyway."

Diamantina shire mayor Rob Dare is making a case for pubs in remote parts of Queensland to reopen, with Queensland Health permission. "There's no-one here," he says in this shared video. @qclnews@diamantinaqld@RAPADCWQpic.twitter.com/V9b9R9AwZk

Rural Doctors Association of Queensland president Clare Walker, based at Longreach, said she sympathised with the situation but believed the rules needed to be consistent.

"There is already confusion enough - this will lead to non-adherence and breakdowns that will harm the vulnerable members of communities," she said. "It only takes one person to arrive in town who is asymptomatic, and pubs are communal places."

A case in point was the situation in north west Tasmania, Ms Walker said, a small remote area where one infected person resulted in a small cluster of infections that got away from contact tracing.

As of Monday night, 200 positive cases had been recorded in the region.

"It caught everyone by surprise," Ms Walker said.

She said people in remote areas had probably experienced the least change to their lifestyles once social distancing measures were brought in, given that many live only with family in close proximity, do distance education, and use the phone and internet for a lot of their business needs already.

"A lot of people are saying, we won't get it, we're over the worst," she said.

"But we're likely to see a waxing and waning of numbers for months yet, as can be seen in countries that locked down early and are relaxing restrictions.

"Even though numbers have dropped, each region will have its own curve to manage, and resources to manage as well."

According to Queensland Hotels Association chief executive Bernie Hogan, if there came a point in the coronavirus crisis where it was deemed safe, he would like to see a region by region approach to re-opening hotels.

"This would be preferable to waiting for the entire state, if possible," he said. "Pubs are the heart of little communities - they're often the community hall, the fuel and food shop, the mail drop place, and where RFDS doctors go to find people."

Mr Hogan added that in some areas, takeaway meal and alcohol sales weren't viable and that it was traffic through the doors that made them sustainable.

"One of our biggest concerns is staff in small towns - some will be able to claim the JobKeeper allowance but the business has to have the turnover to finance it at the start, because payments are retrospective.

"And sole traders may be caught in the middle of everything, depending on their location."

The QHA has 950 members and Mr Hogan said they had heard from hundreds in the past couple of weeks, and were doing welfare checks by phone most days.

"Sadly, we expect some hotels will close permanently."