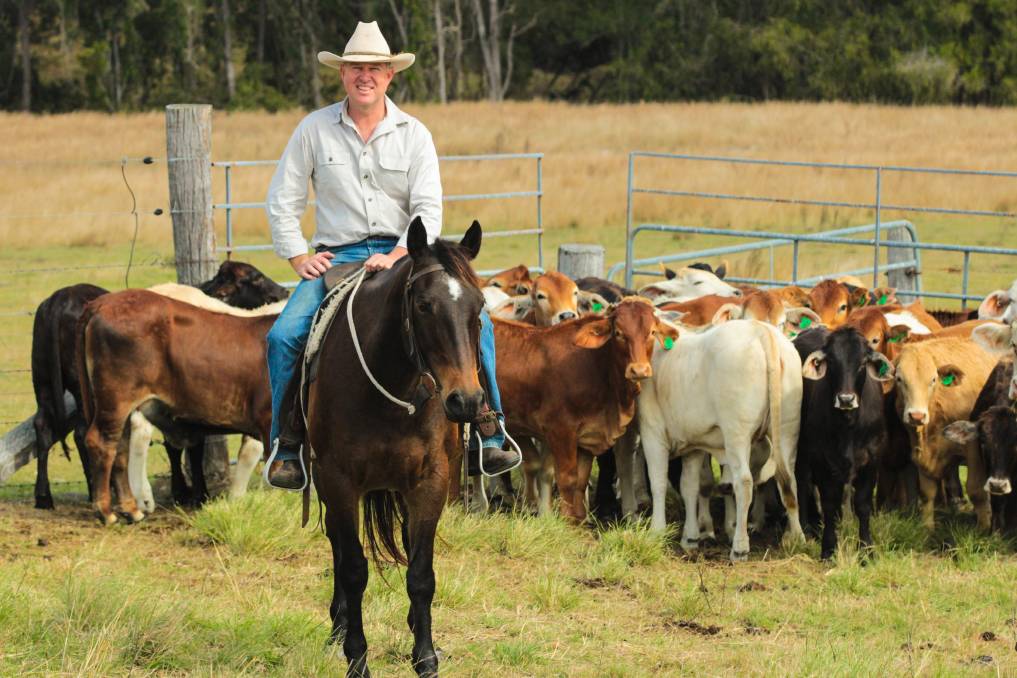 Opposition agriculture spokesman Tony Perrett says the farming industry has been conned by Labor following revelations primary producers with licenses issued prior to 2015 were still ineligible to purchase ammunition and firearms. Picture supplied.

Farming and shooting lobby groups are hopeful that the debacle over industry access to firearms and ammunition, still simmering since it was discovered that various categories had been omitted from government alterations, will soon be resolved.

Farming and shooting lobby groups are hopeful that the debacle over industry access to firearms and ammunition, still simmering since it was discovered that various categories had been omitted from government alterations, will soon be resolved.

Last weekend a directive was issued by Queensland's Chief Health Officer stating licensed armourers and dealers were non-essential businesses and had to close, with no exceptions, putting hundreds of small rural merchandisers and specialist gun shops at risk of permanent closure.

It also meant primary producers, feral pest controllers, macropod harvesters, vets and government agencies were staring down the barrel of not having enough ammunition to do their jobs or euthanise injured animals.

The resulting uproar saw a hasty backdown by the government, which amended the ruling to allow exemptions in certain circumstances, for licensed armourers and dealers that provide essential services to primary producers and other industries that rely on weapons to do their jobs.

It was then discovered that thousands of farmers were still barred from using licensed armourers and dealers, thanks to certain licence categories not being included in the exemptions.

These are RE and OC codes, the first which covers general hunting and use of firearms on rural properties with landowner permission, while OC or occupational use is for people who derive some income from a farm or rural property but also have another job.

AgForce firearms spokesman Graham Park said around 70 per cent of people involved in agriculture who would have expected to have been covered by the licence they had, weren't.

"A lot of occupational codes were changed at the time of licence renewals and people were unaware of the ramifications," he said.

Opposition agriculture spokesman Tony Perrett said the farming industry had been conned by the government upon realisation that the government's changes hadn't gone far enough.

"Like everything we see from Labor, the devil is always in the detail," he said. "There is no one else to blame except Labor's incompetent Minister for Agriculture Mark Furner."

Opposition police spokesman Trevor Watts said it had created unnecessary anxiety and frustration at a time when it was least welcome and had once again written to the Premier plus Police Minister Mark Ryan.

KAP's Nick Dametto was just as blunt, saying that because of a lack of consultation with industry, Labor had "buggered this up" after a big announcement about how the government was helping farmers and pest shooters.

The RE1 code is a recreational license that authorises the licensee to use registered category A and B firearms for recreational shooting on rural land with the express consent of the owner of the land, a popular option with many.

Mr Dametto urged the government to add it to the list of eligible categories, as well as asking the holder of an RE1 licence to have additional protection in the form of written advice from a rural property owner or leaseholder that stipulates a valid reason why they require access to products covered by the Weapons Act.

"This can be achieved by the stroke of a pen. In the name of common sense, let's get this done."

Mr Park confirmed that this was what AgForce and the Shooters Union were working through with Mr Furner.

"We're hopeful of seeing another change in the next few days," he said.

On Mr Furner's part, he said any formal request from the industry to expand exemptions would be assessed on its merits and take into account overall need for any further expansion.

Mr Park said it was clear the firearm licensing changes should have been managed by the police department from the start, rather than the health department.

"They would have used a proper process because they understand weapons licensing," he said. "Just 10 minutes on the phone would have prevented all this."

He said both Victoria and Western Australia had amended regulations through their police departments, and had largely left in occupational categories, and in WA's case, had included indigenous people in those categories eligible to purchase ammunition and weapons.