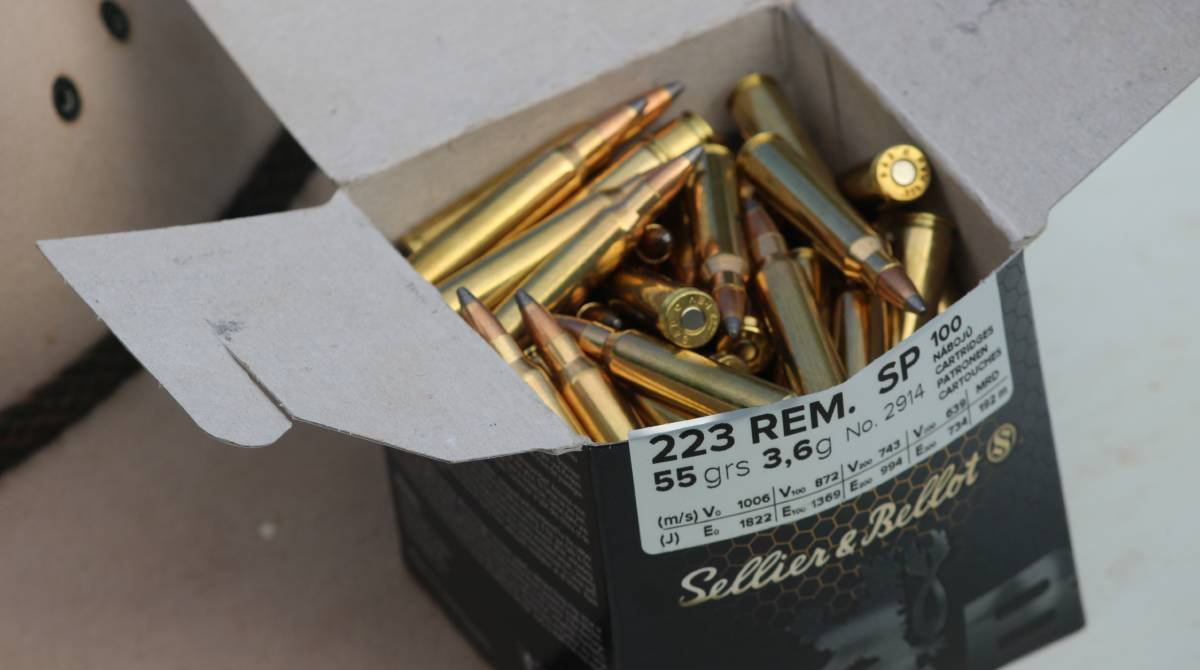 Macropod harvesters and predator controllers will run out of ammunition very quickly under the weekend's firearm dealership closures.

Information leaking out over the weekend that legitimate firearm dealers across Queensland have been directed to close immediately, without any explanation, has left primary producers, feral pest controllers, macropod harvesters and dealers stunned and outraged.

Information leaking out over the weekend that legitimate firearm dealers across Queensland have been directed to close immediately, without any explanation, has left primary producers, feral pest controllers, macropod harvesters and dealers stunned and outraged.

As they contemplate what further closures will mean in communities where many doors have already shut to combat the spread of COVID-19, urgent representations are being made to the state government to amend the ruling to allow exemptions in certain circumstances.

The directive by Queensland's Chief Health Officer was emailed to dealers on Saturday afternoon from the state Weapons Licensing Branch, advising that the government "has issued a direction pursuant to the powers under s362B of the Public Health Act 2005, which lists non-essential businesses and directs same to cease operating".

The email goes on to say that "the government has determined licensed armourers and licensed dealers, as defined under the Weapons Act 1990, to be a non-essential business" with no exceptions.

There was no reference to the decision in any of Premier Annastacia Palaszczuk's media appearances through the weekend.

The ruling has affected hundreds of businesses across the state, many of them in rural areas also operating as general rural merchandisers.

One of those is Glen Rural Traders in Longreach, which had a sign on the footpath on Monday advising customers they were closed as being deemed non-essential. 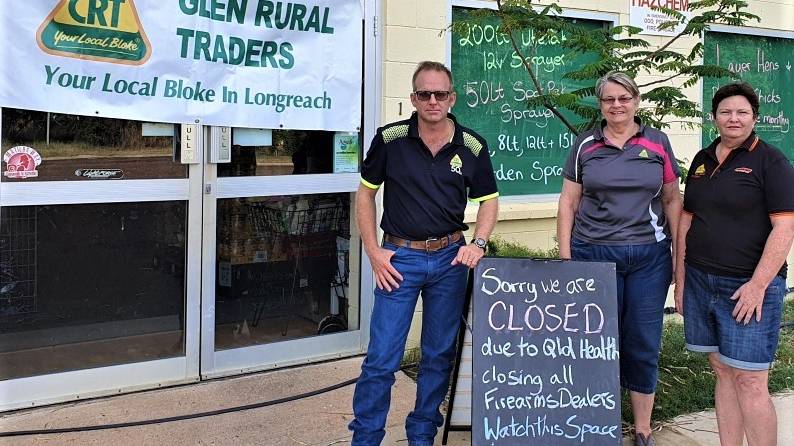 "Why are they doing it - obviously not to control the spread of COVID-19," store manager and associate dealer Malcolm Sellick said. "We can only assume that it's not because of any risk of contracting the disease but because of what we sell."

Commenting that it was very hard to swallow when businesses less essential than industry ammunition supply, such as hairdressing, has been able to keep operating, Mr Sellick said the whole macropod harvesting industry was especially at stake, and the jobs associated with that.

"They've got no other avenue for ammunition for their work - they're stuck," he said.

Describing the decision as utter madness, Hinchinbrook MP Nick Dametto said that for whatever reason the state government had seen these legitimate small businesses as expendable.

"This is an absolutely unnecessary and devastating decision by the Chief Health Officer at a time when our state's economy has been shattered by coronavirus," he said. "A farmer needs to have access to ammunition to undertake some of the worst jobs a farmer may have to do on their property.

"How does the government expect a farmer to put an animal down without bullets from his rifle? An axe?

"A farmer deserves to have a humane option for putting down a beast.

"Once again, we see another disastrous decision made by the state Labor government that may sit well in metropolitan areas but gives no consideration to the bush."

The LNP has written to the Premier and the Minister for Police to ask why these businesses were included as a non-essential service, and opposition police spokesman Trevor Watts said it showed how out of touch the government was with regional Queensland needs.

"The Palaszczuk Labor government's knee-jerk decision has been made without foresight of the dire consequences this will have on regional Queensland and everyday farmers," he said.

Predator control is Longreach man Gordon Wilkie's main work and he said most in his business would be heavily impacted.

"I understand why it's happened - they want to stop family violence and spur of the moment decisions, but people buying ammunition are heavily regulated and have background checks," he said.

"All the government needs to do is make an amendment as it's done with hairdressing salons, mainly because it keeps Australia's food chain secure.

"No-one said to the dingoes, don't eat our lambs because there's a virus out there."

Mr Dametto outlined numerous ways in which a mass failure of licensed firearm dealers' businesses would undermine the nation's security in many ways.

Some ramifications he foresaw included dealers not having the financial means to continue providing security for large stocks of firearms and ammunition on their registered premises.

That would place extra pressure on police resources to store thousands of pieces of equipment and the records that accompany them, and give outlaw motorcycle gangs an avenue to exploit the closures, they said.

He has drafted an urgent motion requesting that the National Cabinet declare licensed firearm dealers an essential service.

The state government has been asked to respond, and explain why it thought the closures were necessary.