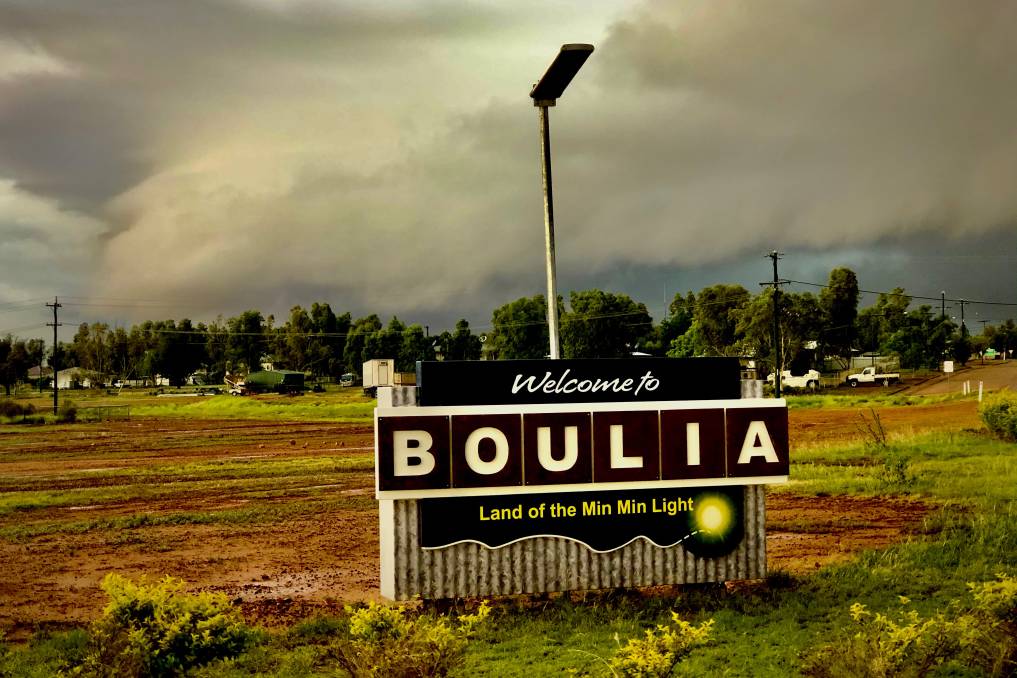 LET IT RAIN: Up to 130mm of rain fell in parts of the Boulia Shire in the most recent rain event. Photo: Jack Neilson

Residents are feeling happier in the Boulia Shire after parts of the district received up to 130mm of rain.

RAIN has lifted spirits among Boulia shire residents, according to mayor Rick Britton who is on the threshold of a fourth term as the area's civic leader.

Councillor Britton said "very welcome" falls of 40-130mm had been recorded and given residents reason to look ahead with renewed confidence.

""It does not sound a lot but it's substantial for the Boulia region," Cr Britton said of the recent falls.

"The two things it has done is put a smile on the faces of people around here and given them confidence to know that it does still rain and that more might be on the way.

"There's more enthusiasm around than there was before Christmas. We had a bit of a rain event come though in January and some people got a bit of a start out of that but others didn't. Then we had a very dry February, like no rain at all."

Cr Britton said areas west of a line between Boulia and Mt Isa were still waiting on decent rain and country south from Boulia to Windorah was also "ordinary".

"We have been drought declared since 2013 and unless you are on flood country between Boulia and Windorah it's been very ordinary," he said.

At Thargomindah ex-cyclone Esther drenched the township, dumping 128mm in a 24-hour period from 9am on March 4, breaking a rainfall record set in 1999.

It has already become the wettest March on record in Thargomindah with 201mm in the gauge. The previous mark was set in 2010 at 199mm, according to the Bureau of Meteorology.

At Birdsville, where the word 'arid' could have been invented, a downpour of 125mm over a 48-hour period, double the amount received in 2018 and 2019 combined, had residents kicking up their heels with happiness. 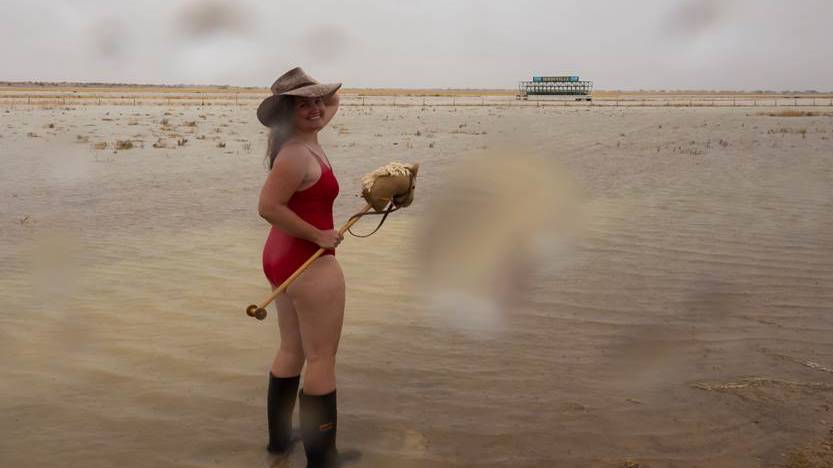 There's been so much rain at notoriously dry Birdsville this week that race club secretary Jenna Brook took her (hobby) horse for a paddle in togs and gumboots. Picture - Jess Scott

One of those was Birdsville Race Club secretary and self-described Birdsville Baywatch Babe Jenna Brook, who decided that togs and gumboots were the only way to see what the rain had done out at the race track.

"I don't think you'd find anyone with a sad word about the weather today," she said.

"It was gentle and steady, and it's still warm enough to grow stuff.

"And hopefully there won't be any more 47 degree days this summer to kill it off."

She expected travellers planning to cross the Simpson Desert this year would be in for a real treat with wildflowers and an upsurge in animals responding to the growth.

While rain has brought some relief in parts it has also meant trouble for the Barcoo Amateur Race Club with its non-TAB race meeting scheduled for March 8 abandoned.

The Blackall track received about 30mm of rainfall on March 4 and another 10mm the following afternoon, which rendered the course proper unsuitable for racing.

As well, barrier trials in Rockhampton have been postponed until March 10 because of the weather and state of the track at Callaghan Park.

Times for the barrier trials remain as originally scheduled with the first trial commencing at 7.30am.