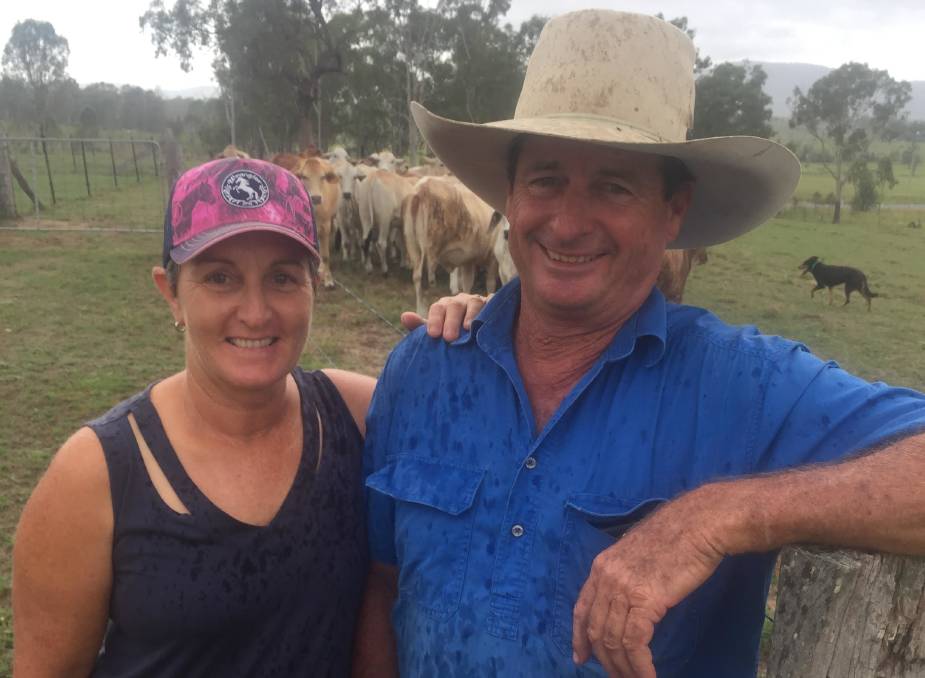 Animal welfare is driving productivity on the Dray family's property Tullamore in the Gympie district.

CATTLE producers Brian and Pam Dray and their daughter Peta have taken animal welfare to the next level in their Wide Bay breeding operation, doing everything in their control to promote productivity.

Located at Lower Wonga, north west of Gympie, the Drays run up to an 800 head Brahman cow herd joined to both Brahman bulls and Charolais bulls on the creek flats and hilly country Tullamore.

Key to the management of the Tullamore herd are the pain relief products Tri-Solfen and longer acting Metacam, in addition to an Australian Stockstill Animal Restrainer.

It's the third year the Drays have used Tri-Solfen, initially inspired by the trial work carried out by the late industry champion Zanda McDonald.

"We've seen a significant change in the way the calves come back to mum when we've finished dehorning and castrating them," Mrs Dray said.

"They also travel back to the paddocks really well with the calves are up the front, where we used to find them down the back shaking their heads and lying around.

"They're a lot more settled. They look like they feel like nothing has ever happened to them.

"It's made a big difference from that point of view."

The cattle are handled using Kelpie dogs and horses, in addition to Polaris buggies. 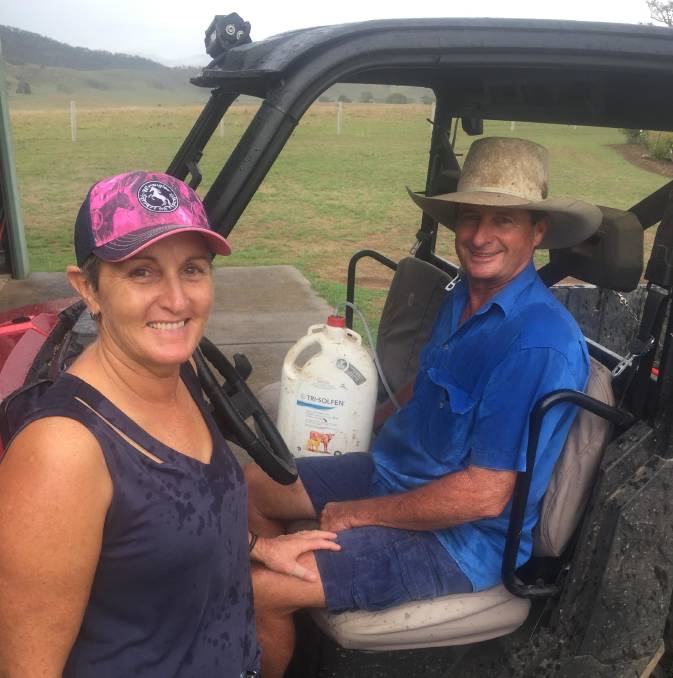 The Drays dehorn and castrate at less than 100kg body weight.

"There is just so much less stress on the calves," Mr Dray said.

"We brand them when they're a bigger, but we get the surgical part out of the way early."

A hot iron is used for the dehorning process and rubber rings are used for castration.

Mr Dray said he considered the Stockstill as one of the most important tools on the property.

"The animal is safe, the people carrying out the surgical procedures are safe, and there is no stress on the animal during or after the device is applied," Mr Dray said.

"In fact, I am sure the animal has no memory of the use of the Stockstill because there is never any reluctance moving through the cattle yards."

The Drays have also stopped earmarking cattle because of the stress factor. Ear tags continue to be used.

The Dray family originally came to Lower Wonga district in the late 1880s.