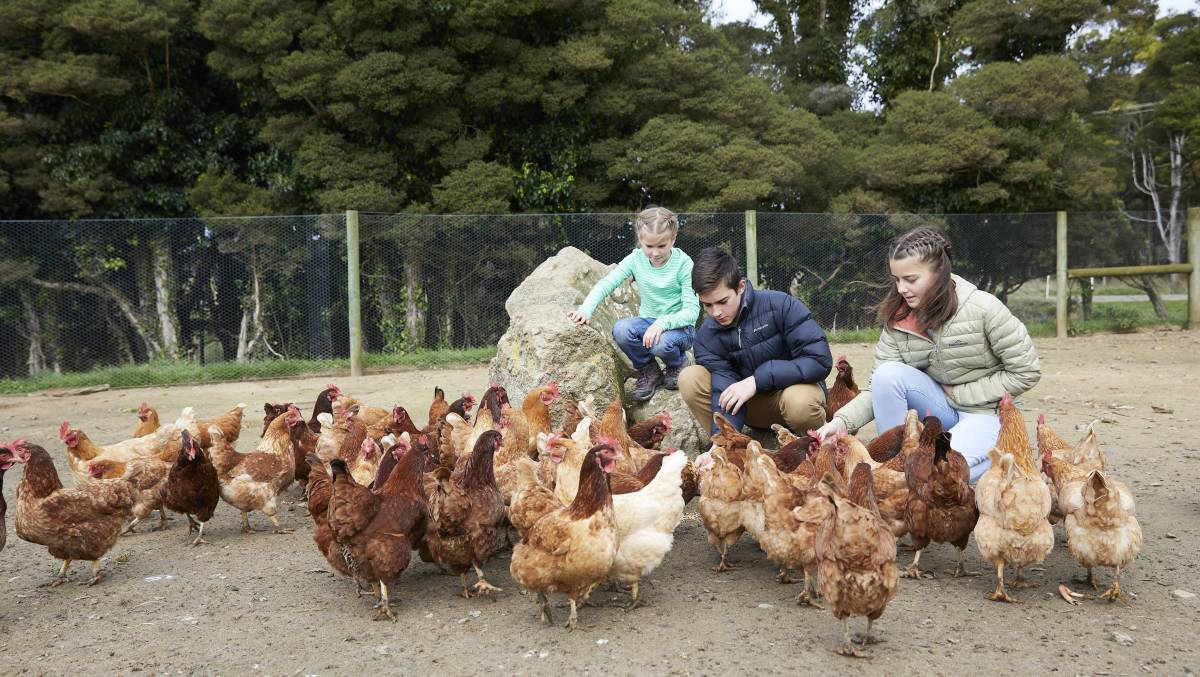 NEW VENTURES: The Raff children with their free range hens on King Island.

How the shift to Tasmania for Raff Angus is playing out

AFTER 50 years of breeding cattle in Queensland, the decision to ship 500 prime Angus seedstock 2000 kilometres south in a search for rain and feed was always going to be dramatic.

If ever a time could reinforce the Raff family's decision to sell up at Drillham and move to King Island, Tasmania, it's now.

As they watch livestock operations on the mainland battle bushfires, floods and one failed season after another, the Raff's herd has doubled, the top end of their weight gains has been 3.6 kilograms a day and instead of hand feeding daily, they are now fishing.

Andrew and Anna Raff, their four children Harry, Charlie, Georgina and Olivia and their parents David and Jill - who set up Raff Angus in 1965 with four cows and built it into a stud which sold up to 180 bulls per annum to all states - made the move to Lymwood in 2015. It was a six-day trip for the 400-500 head that travelled to Victoria by road then across the Bass Strait by boat. 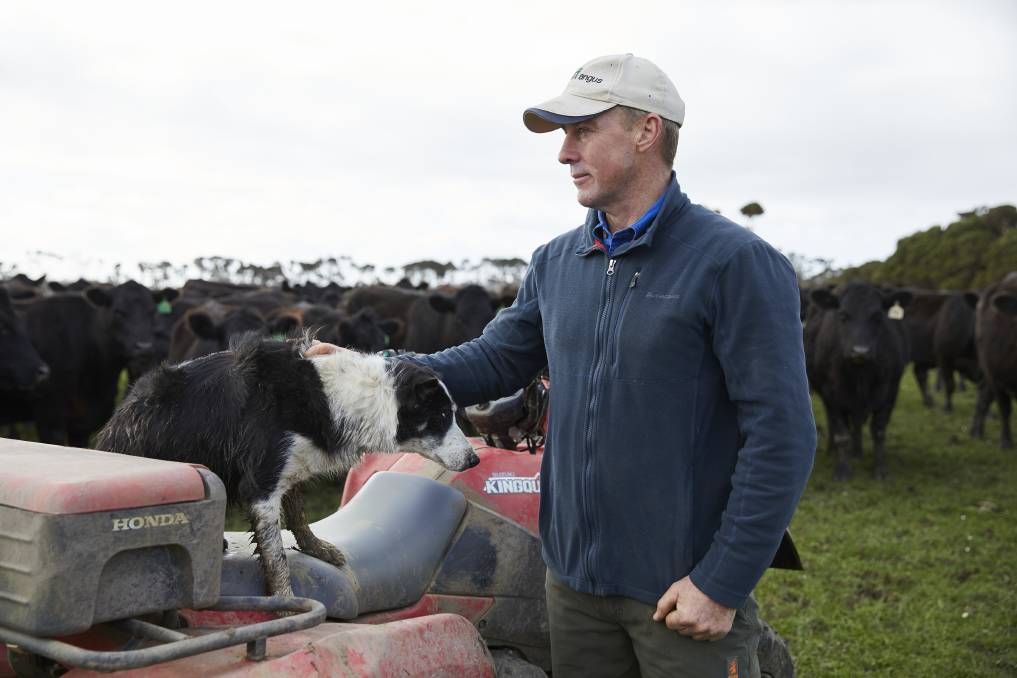 Andrew Raff is happy to tell the story of the way the family changed their business model and the success they are having for one reason: he wants to highlight that it is ok to change business direction, regardless of history, especially if there is a better way and if success and certainty can come from it.

He believes the changing climate means producers need to now factor in an 'emotional value' on land in environments where production and rainfall are both high and reliable, to take into account "how bloody hard it is on the body, mind and family to maintain production in drought."

Producers have to put a lifestyle value on what they have and what they are doing beyond the production value, he says.

"Farmers can become entrenched in the day-to-day grind and rarely have the chance to sit back and actually consider if there is a better option," Mr Raff said.

"Then there are generational ties, and a certain culture, which seems to keep people tied to a way that may no longer be working for themselves.

"What our experience has shown is that dramatic decisions can be taken and that they can work."

In some ways, the move the Raffs made was so different it made the decision easy, he said.

"We wouldn't have, for example, made the move just down into NSW for five inches more rain," he said.

"For us, when in Queensland, it had come down to relying on being under storm rain. It was feast or famine. Our business model was three years of labour, feeding and genetic investment for a one-day-a-year sale which was a crazy business model.

"The time, labour and infrastructure involved in hand feeding is phenomenal, as everyone in drought well knows.

"We had our money tied up in the land but it wasn't producing - that was fundamental to our decision to break what was a vicious cycle."

The Raffs are featured in the 2020 NAB agribusiness calendar, a prestigious product that celebrates stories of resilience, intergenerational success and the ability to thrive in the face of adversity. 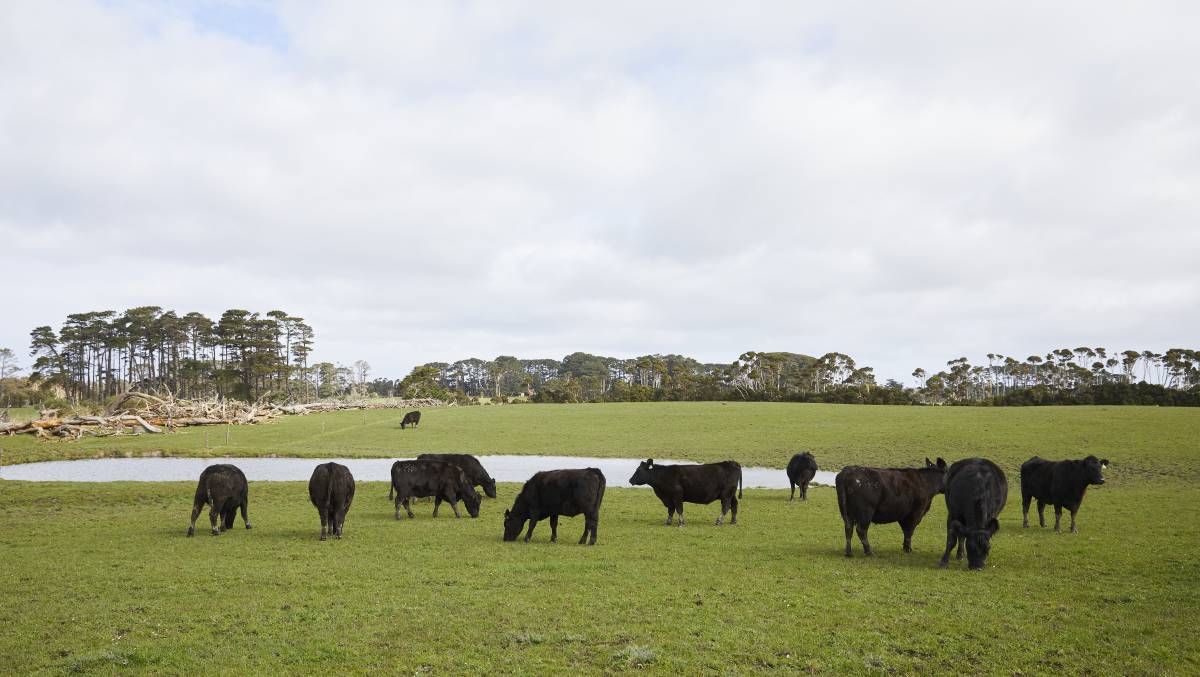 The King Island journey began when the Raffs could not find long-term agistment on the mainland in 2014 and sent 150 heifers to Tasmania. 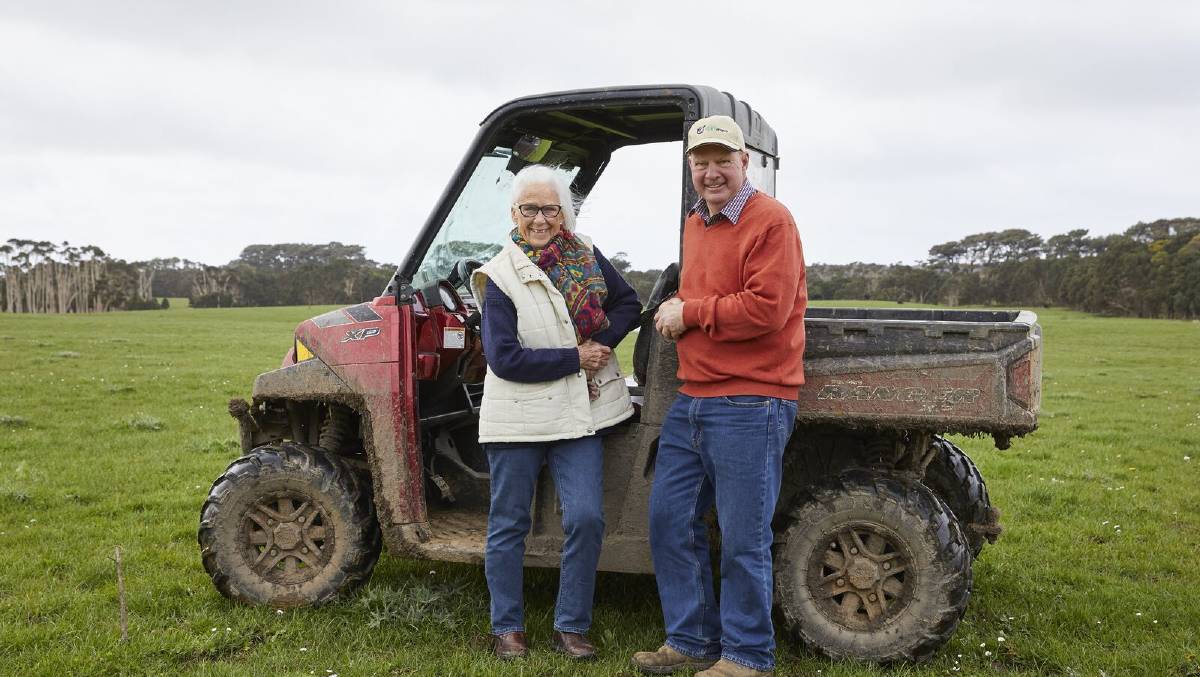 David was the visionary, Andrew says. He sowed the seeds of the move. By the time Andrew and Anna went to investigate, it took only 36 hours upon arrival for them to then be inspecting the farm they ended up buying.

It's an ex-dairy farm, 8km from King Island's east coast and has an average annual rainfall of 1000 to 1200mm - last year they received 1350. Their Drillham property averaged 300mm for ten years in a row before they left, less than half its average.

They've expanded, and today their farm aggregation of 12 different titles, all adjoining, comprises of 1050 hectares.

The Raffs use natural fertilisers on the ryegrass and clover-based pastures and are now in their third and final year of transitioning to organic certification. They've not needed to plant new pastures but are planning some renovation to further plant diversity and to improve soil biology and water infiltration.

Each year they put away enough hay for the yards during weaning and a bit in case something goes pear shaped.

"On King Island in our area, it's green feed year-round," Mr Raff said.

"You can't believe it until you see it."

There is only very rarely the odd frost. During winter, parts get waterlogged and stop growing for a short period but the pasture never dies.

How the cattle's phenotype and digestive systems would adjust was a big unknown. They have thrived.

"In our favour was the fact they were young cattle and so adapted easier," Mr Raff said.

"And our first summer here was as dry as had been experienced for several decades so that provided an ease-in period for them."

Today, the Raff's supply the fast-growing premium grass-fed market. They will calve 800 down this year.

All cattle are still herd book registered for pedigree traceability and to allow carcass feedback to be analysed.

"We are told we can run a cow to a hectare, which includes fattening the progeny to 18-20 months to 320kg carcase weight," Mr Raff said.

Recently, 180 steers averaged a 1.6kg gain per day over a several month period, with the best group of bulls averaging 2.4kg and topping at 3.6kg, with no compensatory growth.

The Raffs still sell 25 per cent as breeding bulls and also around 100 heifers as breeding females, both stud and commercial. The remaining 300 odd heifers will also be fattened on farm to the same target carcass weight but a little older.

They've picked up new custom in the way of producers chasing grass-fed genetics in a preferred private treaty sale not through the intense auction system.

Their sale price includes delivering to Roma or en-route and they are able to stay competitive by trading off commission, advertising and feed costs.

At the Angus feature show in Sydney last year, they sold seven head to an average $17,000.

On the commercial side, they supply JBS's King Island Beef and Greenham's Cape Grim, both 100pc grass-fed, no hormone growth promotants and no antibiotics and trading on the iconic, picturesque location.

"We're getting extraordinary carcass results - carcass weight still proves king for dollars per head but the marbling is very good and quite contradictory to our EBV predictors," Mr Raff said.

"The small paddocks mean limited distance to water or feed, the cattle are not under stress from external parasites like buffalo fly and the mean temperature is just 8 to 24 degrees Celsius."

Along with being 100kg heavier at the same age, the cattle have shown some changes - they grow more hair in winter, for example. Keep in mind, Angus cattle originated in Scotland.

"What really excited us has been seeing our genetics that comprise 55 years of family breeding express their genetic potential naturally, without any intensive feeding," Mr Raff said.

Major capital improvements have taken place, including pulling the dairy out and building yards, renovating laneways, tens of kilometres of fencing which they are still only three quarters of the way through and doing up homesteads.

Paddocks are divided into 5 to 10ha and rotationally grazed, with the aim for rotations as low as 20 days in peak growing periods and 60 days during winter.

"We are still learning and expect to make some more mistakes before we think we have got management about right. Our strategy is to listen to the right people then have a go ourselves," Mr Raff said.

"This environment is the land of opportunity."

More than 20pc of Tasmania's beef comes out of King Island and others have followed the Raffs - not just from Queensland but NSW and South Australia.

Land is rarely procurable now and has doubled in price.

The Raffs have two houses registered for farm stays and the kids have launched an egg business supplying local cafes and restaurants. They have plans to run up to 500 free range hens - there are no predators on King Island.

Their old property at Drillham stayed in beef production, running Wagyu cattle and while it's well-managed and going strong, Mr Raff says he doesn't miss constantly looking towards the skies in hope.

Big decisions to be made on early-weaned calves

Start the day with all the big news in agriculture! Click here to sign up to receive our daily Farmonline