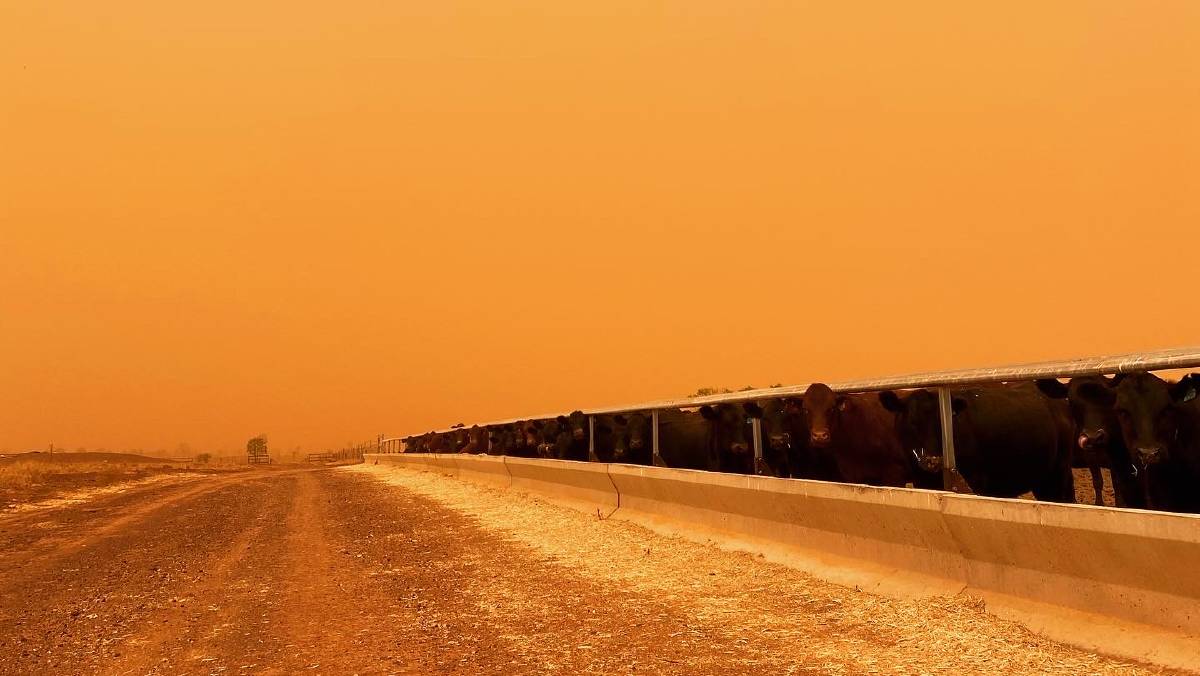 A red hue blanketed much of south west Queensland on Saturday, caused by a weather system moving through from southern Australia. Picture: Lawren Dunn, Roma.

Residents in several states are once again cleaning up the leftovers from a dust storm following strong winds in southern Australia at the end of last week.

A red hue blanketed much of south west Queensland on Saturday, reportedly caused by a weather system moving through from the south.

Bureau of Meteorology senior forecaster Matthew Bass said strong winds from a large trough system followed by a large high pressure system was to blame for the latest dust storm.

"As that trough moved through southern Australia, it picked up a whole lot of dust and drifted north," Mr Bass said.

Mr Bass said with the weakening of that particular trough, most of the dust would have fallen back to the ground.

The extensive reach of these dust storms is not just being seen across several Australian states, with the orange tinge showing up on glaciers in New Zealand.

Professor Hamish McGowan from the school of earth and environmental sciences at University of Queensland said the orange tinge was the same colour as what was seen in the sands and soils of far western Queensland and western New South Wales.

"It's not uncommon, especially in years where we have severe drought in eastern Australia, to have dust transported across the Tasman Sea, some of which ends up being deposited on those snowfields and glaciers in the Southern Alps of New Zealand," Professor McGowan said.

"The years where we have very severe droughts and more frequent dust storms, then there's a higher probability that dust will be deposited on the Southern Alps in large quantities."

Professor McGowan said dust particles, which measure around 10 to 12 microns or 1/5 of the diameter of a human hair, could travel thousands of kilometres.

"You get dust transported from China to Greenland, and to the west coast of the US. Dust from Australia can be transported to South America, to the Atlantic Ocean, and to the Antarctic."

Despite some residents in parched corners of the country likening the monster dust storms to "the end of the world", Professor McGowan said dust in the atmosphere does have a beneficial impact.

"Dust is a natural process, we need dust particles in the atmosphere to make it rain, to protect cloud droplets," he said.

"The fine dust particles... contribute to the condensation nuclei in the atmosphere on which moisture adheres and then forms rain drops which makes it rain."

With this rain in short supply though, Professor McGowan said it only stands to reason that if droughts become more severe and longer lasting, dust storm frequency and the magnitude of dust storms will increase.

"What you've got to look at is the longer term trend and the frequency of these sort of events.

"If these things are becoming more frequent and they are associated with a hotter and a drier climate, then you've got to look at the cause of that, and if that's a consequence of global warming, then we will likely see dust storms and events become more frequent as drought becomes more frequent."