The FarmSimple app was built by farmers to manage record keeping 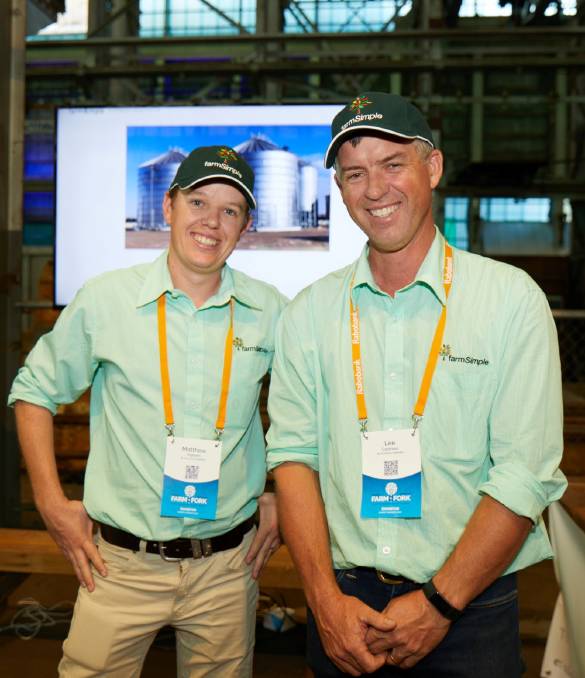 FARM READY: FarmSimple founders Matt Higham and Lee Coleman participated in the Farmers2Founders bootcamp in an effort to take their business to the next level.

Built by farmers for farmers, the farm FarmSimple app promises to replace the pocket book, allowing farmers to keep their records in a simple, shareable format.

A participant in last week's Farmers2Founders innovation bootcamp, Croppa Creek NSW farmer and FarmSimple CEO and founder Lee Coleman said FarmSimple differed from other record keeping apps in that it was aimed solely at farmers, not agronomists.

"FarmSimple is an app for cropping operations to manage their whole business, from timesheets to grain delivery, it allows farms to achieve higher efficiency and productivity," he said.

Mr Coleman said the next incremental advancements in farming would come from insights gained from farm data and information.

"Being able to roll out the data for your agronomist, your bank manager or benchmarking consultant will become more important," he said.

Mr Coleman said the idea for FarmSimple came about from his own experience, where he and his wife Cassie moved back to Croppa Creek to take over the family farm but found there was a lack of paddock and farm records.

Ironically Mr Coleman said he found himself repeating the same pattern, noting records in his diary, in a format he couldn't share.

"The challenge was how do you propagate the information and enable your workforce," he said.

"We wrote a cloud based system that allowed the information to be stored, starting with records spray applications, storage of grain, timesheets and maintenance records, paperwork we required," he said.

"Fast forward three years and we are not only solving our problem but also that of other farmers."

Mr Coleman said the software attracted the attention of the Farmers2Founders program, a six month national entrepreneurial development program for producers supported by a number of the research and development corporations.

"It's been really challenging, it makes you think about your products value proposition to farming enterprises and how you can reach more people," he said.

More information on FarmSimple can be found on all major social media channels and online.