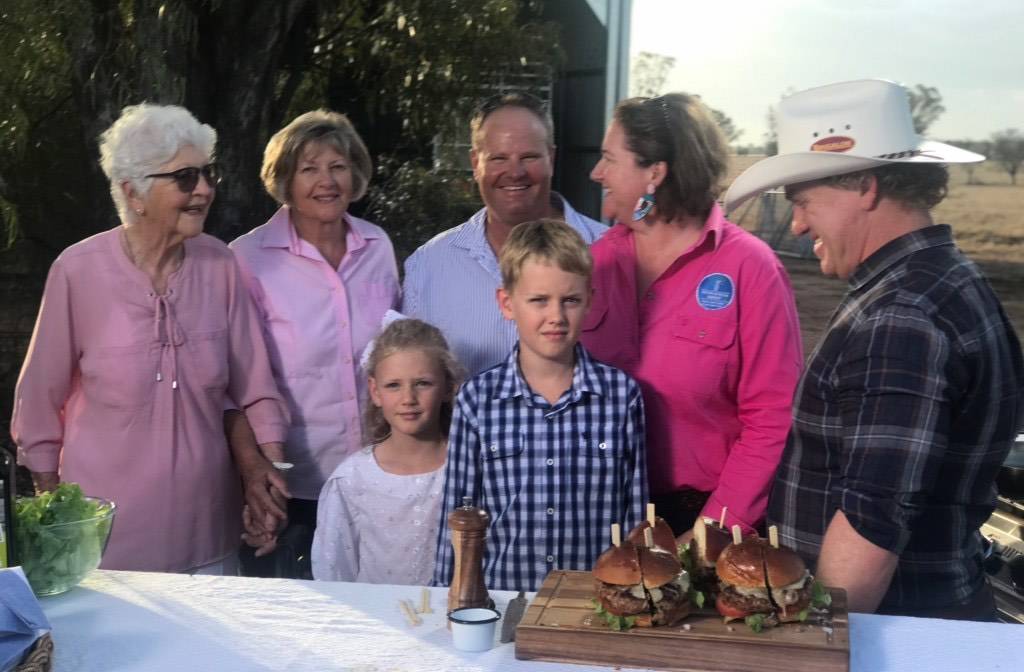 A paddock to plate business, a major lotfeeder, a Chinchilla fish farm and Cambooya vegetable grower are among businesses that will be highlighted in an online cooking series.

A paddock to plate business, a major lotfeeder, a Chinchilla fish farm and Cambooya vegetable grower are among businesses that will be highlighted in an online cooking series.

Toowoomba and Surat Basin Enterprise helped coordinate visits across the region, part of the Australian Petroleum Production and Exploration Association's online series The Chef's Secret - Cooking with Gas, part of their Brighter program.

Maranoa Beef's Craig and Bec Beissel and their children Maggie and Beau were pleased to host the film crew at their property Pine Tree, near Roma, where chef Adrian Richardson whipped up Texan beef burgers.

The Beissels are a fifth-generation farming family and with Ms Beissel's mother Judy Bryant and 92-year-old grandmother Ivy Bowen also there for the occasion, four generations of farming women got to feature in the segment.

Ms Beissel said the episode was expected to be available at the end of January.

"It was a really wonderful thing to be able to be a part of," she said.

"They showcased the product and they also shared the story behind the product, which was really nice."

Ms Price said it was a pleasant surprise to be highlighted as part of the series.

"It was quite out of the blue," she said.

"It think it's a great opportunity and it's great for our local area.

"We actually topped the sale with our bullocks in Roma this week, but couldn't go because of the filming.

Ms Price said the Barn at Mt Hope was born out of necessity to provide extra income that wasn't tied to the weather.

"It's been word of mouth basically... we've got lots of weddings booked in as well as other events," she said.

TSBE Food Leaders Australia general manager Bruce McConnel said it was great to see the highlighted producers get showcased in this way.

"It's been a fantastic opportunity for us to highlight the diversity and excellence in our region's produce," he said.