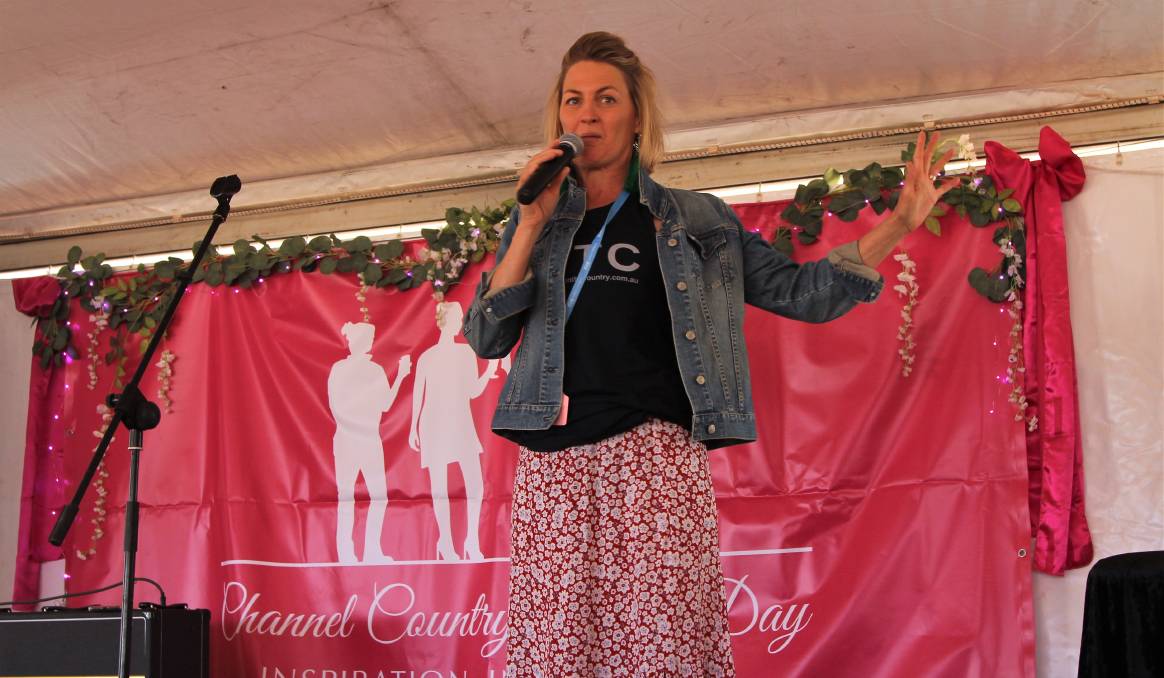 Shanna Whan didn't hold anything back when it came to talking about the outback alcohol culture and the need for more appropriate support networks. Pictures - Sally Cripps.

While Friday night's Greek goddess cocktail party might not have been of Dionysian proportions, there were still a few sore heads as the Sober in the Country advocate took to the stage on Saturday morning in front of 250 women of all ages.

"I know I'm throwing my dignity under a bus to talk about drinking in the country," she began.

But talk she did, and so well did she connect with her messages surrounding the taboo topic of the outback alcohol culture and what that's costing some of the audience and their friends behind closed doors, that she was totally exhausted hours later.

"The response has been really positive, non-stop traffic, woman after woman pulling up to hug me, to say thank you," she said. "It's everyone from 18 to 80 - I'm representing a huge number of people."

Ms Whan, from rural NSW, decided to 'come out' after nearly drinking herself to death when she was 40 and began with a few blog posts in 2014.

That has since turned into a national conversation and a movement that will soon have national charity status, such has been the power of her words.

Despite it all, she still feels she has major hurdles to overcome as she battles for acknowledgement of her message in political circles, practical support that works in the rural space, and so that people can feel comfortable saying no to having a drink.

"I literally have taken on the hardest conversation in the outback," she said.

"I think what I'm doing today for alcohol is what someone would have done 10 or 12 years or so ago for the gay community in the bush.

"It's that big of a leap for people and we've got that much work to do." 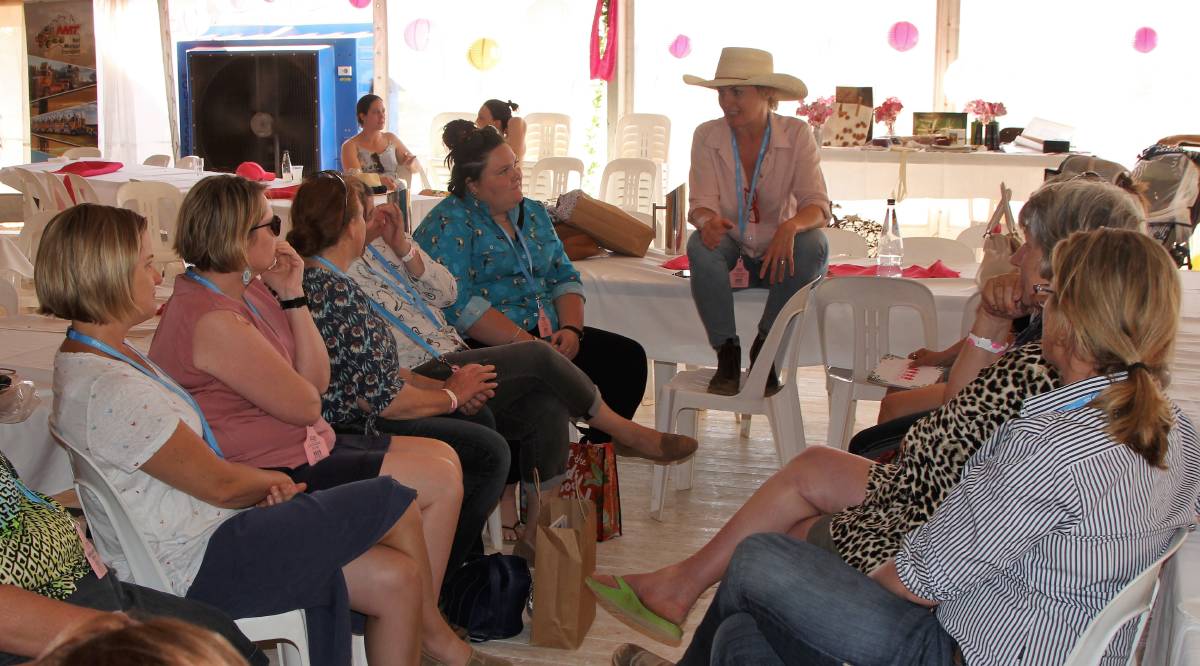 Shanna Whan was also on the program at the Channel Country Ladies Day presenting her eight basic laws of bush health to an interactive audience.

Statistics from the Foundation of Alcohol Research and Education show that incidences of alcohol-related injury and death exponentially increase the further into rural Australia one lives.

Some of that is attributed to the stress and exhaustion of drought, Ms Whan believes.

"What I keep saying is, if we do not support the men and women who continue to show up and feed and clothe the country, in this area of need, what is going on?

"A country bloke is more likely to turn to a VB than a helpline.

"An exhausted man is more likely to sit on the verandah and drink five beers to switch his brain off than meditate.

"We are still not addressing the mental health-alcohol connection around drought."

Thank you, Anna, for fully understanding the supportive message 💕💕💕💕 https://t.co/N4vDEQkdzq

Much of it starts with the viewing of alcohol as part of the rite of passage to social acceptance in Australia, Ms Whan believes, being placed at the heart of our social occasions.

"It's terrific if you do not have a problem, but if you are somebody struggling it's literally a recipe for early death, disaster, chaos," she said. "We tend to ostracise people who dare to stand up in the face of that culture. We don't know what to do with that because it's uncomfortable."

The 'inconvenient truth' of Sober in the Country has managed to open the conversation at last, helping people understand they're not alone or an awful person.

But as far as having the conversation acknowledged by politicians with money to spend on addressing the needs of rural Australians who need help managing alcohol, it's so far been a dead end.

"We continue to spend millions of taxpayer dollars on things like a national ice inquiry because, quote, the amount of people we're losing to ice is unacceptable," Ms Whan said.

"Well, it's proven we're losing more people to alcohol, but we do not have recognition of that, we have no strategy, we have no plan, and I certainly cannot get anybody to have a conversation with me that has any weight behind it.

"There's a massive disparity about how we treat addictions - one is legal and the other is not.

"Politicians won't get into this arena because they're too scared of losing popularity. I can understand that.

"It takes a lot of courage and boldness to take on this topic."

She challenges anonymity, via AA, as a treatment for alcohol dependence in the bush, saying it is ineffective in a space where anonymity isn't possible.

Instead, she is working to create a member-based online platform for isolated peers who can't access confidential local services or support, to communicate with like-minded professionals.

"I want to see Sober in the Country do what R U OK Day does - it's just a shift in how we treat this," she said.

What she hopes will come out of her Channel Country Ladies Day visit is for everyone she's spoken to, to go home and pay her message forward, whether on social media or in a conversation.

"I pray for a ripple effect to happen."