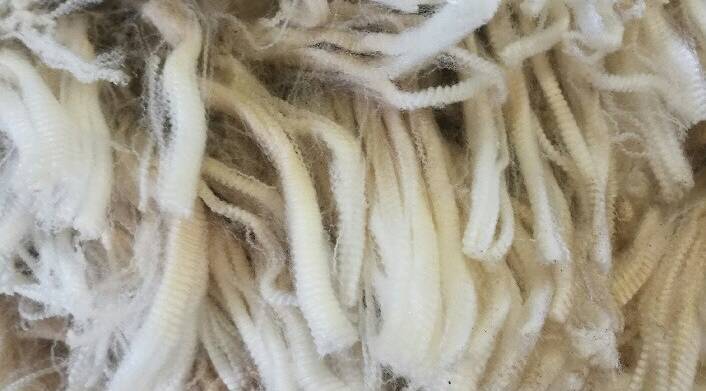 67c GAIN: It was all systems go again in the Australian auction last week.

It was all systems go again in the Australian auction last week.

THE previous session of stabilisation of the wool market didn't hang around for very long. Following the previous week's slow and steady report, a bit of wool being sold at the China conference, and a weaker Australian dollar it was all systems go again in the Australian auction last week.

Most people had anticipated a rise of perhaps 50c, but again the wool market showed it is not scared of volatility, or just perhaps supply is now so low that any increase in demand provides a spike in prices no matter how tempered the buying may try to be.

A jump of up to a dollar on the first day of selling in some fleece types triggered one or two cries of exasperation from buyers and processors trying to keep on the right side of this cantankerous market. With such a strong tone in the market, everyone with an order to buy seemed to hit the button and tried to fill their requirements before it got out of hand.

However, the market further along the chain was not prepared to accept any more price increase just yet, so the response from offers sent out on Wednesday night was a deafening silence.

So, Thursday's auction was a much more staid affair with a gentle to and fro volley between the auctioneer and the buyer with prices more or less unchanged for the day on the east coast. However, in the west buyers showed less enthusiasm, or less space required to be filled, and prices eased back half a dollar with up to 30 per cent of the fleece wool being passed-in by growers who obviously have a different market price in mind.

At the end of another rather tumultuous week AWEX's Eastern Market Indicator closed up by 67c in local currency terms, and US40c. The traditional Chinese fodder types of T54 (19.5) and T55 (21.0) fleece were the most sought after and added around 100c.

No doubt T56 (22.6) would have risen by just as much if it was available, but in this current dry climate there is not enough 22 micron wool available for it to even make it onto the quote sheet. Knitwear, crossbred and carding types all followed suit with rises of 50c or better across the week.

Overall it was a good week for those growers who sold their wool, and for those with wool still in the store or on the back, some signs of optimism that the worst of the downturn is now behind us.

Further along the wool processing pipeline there is more a feeling of indigestion bordering on a serious case of heart burn. - Bruce McLeish, Elders

Further along the wool processing pipeline there is more a feeling of indigestion bordering on a serious case of heart burn. The early stage processing sector is doing a lot of soul searching and wondering if they should go or stop. A lot of topmakers and carbonisers have already reduced capacity temporarily, and a couple of those who have not are seriously checking the numbers.

A quiet July-August period has left them with more stock in the warehouse than they would normally carry over to the slow season, and at what is now a mind-boggling price. By not having the last-minute flurry of Chinese domestic orders for the current season, tops and yarn now languish around and of course the greasy wool for this stock was purchased when the market was about $5 higher in some cases.

With the calendar clicking over to October this week there are very few orders coming from higher up the processing chain. We are simply in the gap between seasons of autumn/winter and spring/summer. The two distinct collections from most retailers mean different products, usually different composition of fibres and obviously new designs.

So, while the old is being cleared out, and the new is being designed, sampled, discussed and obsessed over there are no orders being placed for raw materials - in the main anyway.

Each year is the same, and each year the early stage processors with continuous manufacturing capacity to fill get their knickers in a knot about where the next order will be coming from. Looking back at market reports in September/October 2018 and a very similar situation was being discussed. A lack of orders was making people nervous, the drought was affecting both quality and quantity of greasy wool, and some thought the price was getting too high.

Now, exactly one year down the track, we still have drought affected greasy wool, a lack of orders but people are not saying that the price is too high, but the stock they carry probably is. However, there is certainly a lot more angst from the top-making fraternity who, as whole have not adjusted their capacity to fit the decline in greasy wool production over the past two decades, let alone the 20pc reduction from Australia last year, nor the expected 10-15pc this season. So, there will need to be some permanent adjustment in this sector shortly, and as harsh as it may sound, it will just be a case of natural selection taking place as it has done in so many other industries.

As we move forward into November orders for yarn and wooltop will begin to flow again, and with anticipated supply constraints in Australia and Argentina it will be difficult for the price to ease by much in the interim. The volume of orders to be received in November onwards is something that everyone wants to know and it will be determined in part by the consumer activity over the next couple of months.

If retailers are able to keep the cash registers ticking over they will be much more inclined to place decent sized orders for next season, especially given the restocking price will be lower than last season. So hopefully the Chinese consumer kicks it all off with a big spend over the National Day holidays beginning on October 1, otherwise we may need to enlist a teenage activist to promote wool in order to save the world's oceans.