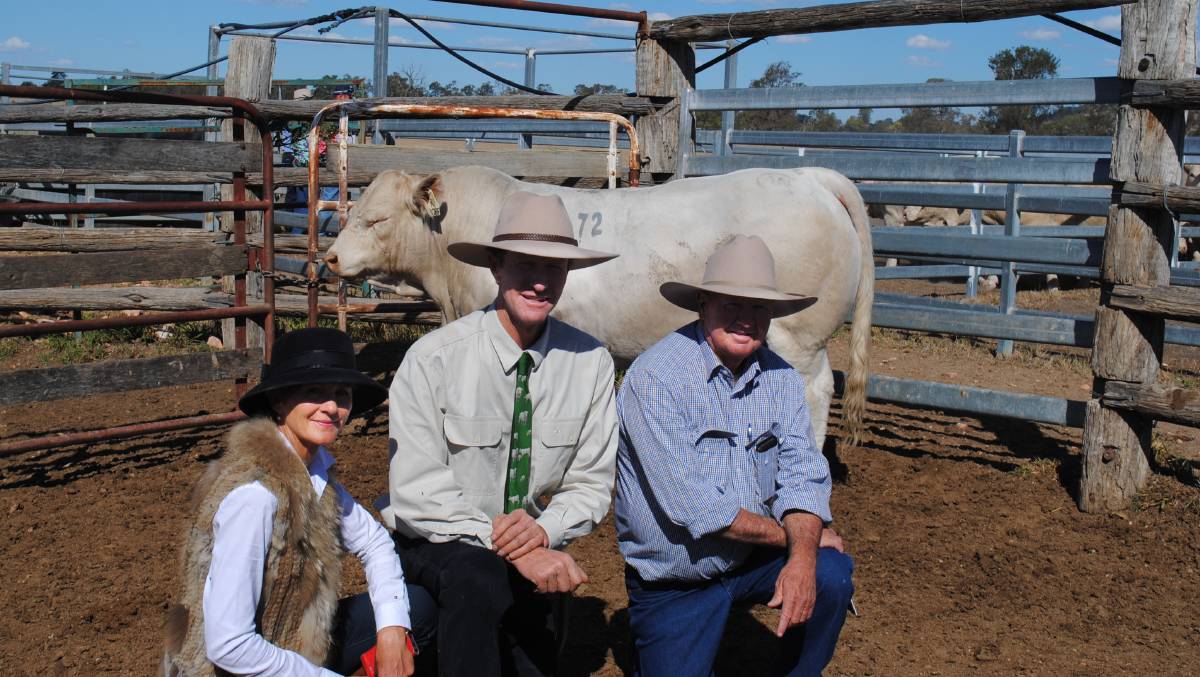 The on-property sale near Gulugaba on Friday drew buyers from all over Queensland, as well as one Victorian buyer.

The first bull to hit the $15,000 top price was ANC Oakey (P), bought by Ken and Jackie Knudsen, Kilbeggan, Chinchilla.

"He's a nice bull, good weight for age... he'll go well over the Santa cows that we're putting him over," Mr Knudsen said.

"I've had their bulls before and they do a good job, and they're close."

He was one of four bulls bought by the Knudsens.

The next $15,000 bull was bought by Chas and Judy Nobbs, Cordelia, Bauhinia, who were looking for polled bulls with good conformation.

Chas and Judy Nobbs bought another two bulls for $14,000 each.

"Prices were excellent, I can't complain about the prices," he said.

"Obviously the clearance wasn't complete but I didn't expect it to be so considering the season.

"There were repeat buyers and quite a few new ones, which is always a pleasing thing." 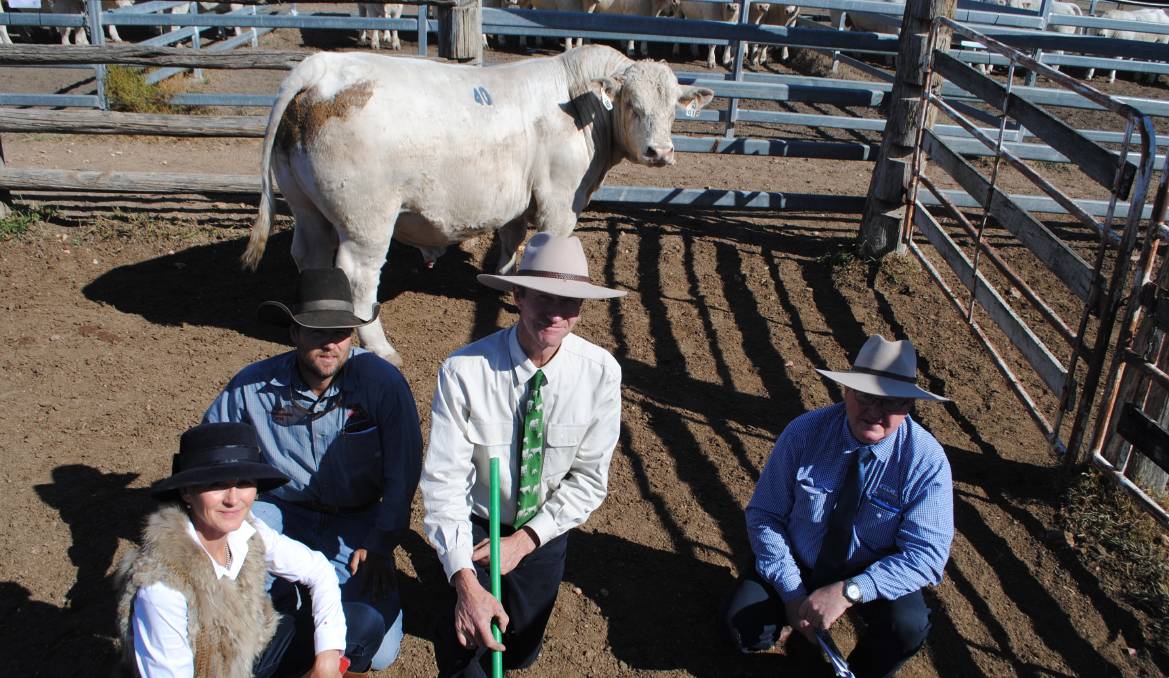