The JBS meatworks in Townsville is the primary destination for the predominantly Hereford x Brahman article produced by the Hosie family based on the Atherton Tableland. 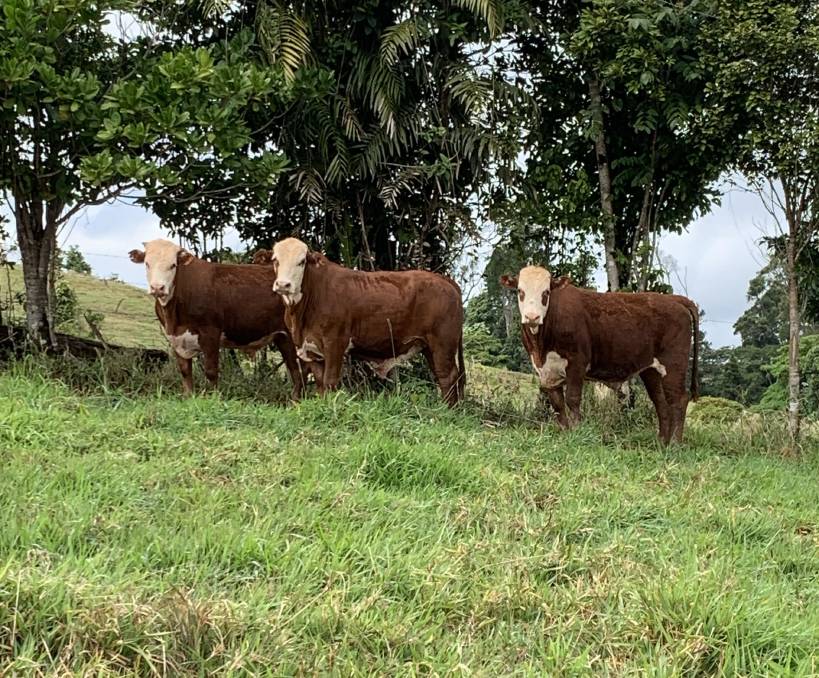 Quick turn off: The Hosie family have a preference for using Hereford bulls in their crossbreeding program as over the years they've found that they can turn off the Braford progeny a lot sooner than they can using other breeds.

The JBS meatworks in Townsville is the primary destination for the predominantly Hereford x Brahman article produced by the Hosie family based on the Atherton Tableland.

Ian and Sue run the operation with their son John, which is more of a weekend business for the family as Ian is the co-founder of the highly regarded Tableland Veterinary Service, for which John became a director in 2017.

The home property near Malanda, along with a few other blocks the family own, is used for fattening purposes and has been in the family for close to 100 years with Ian taking over management three decades ago.

Situated in a high rainfall area the country on the property is undulating and grown through with topical pastures and legumes.

John said most of the breeding activity takes place on an agistment property near Mount Garnet, where close to 380 Brahman females are joined with Hereford, Jarrah Red, Charbray and composite bulls.

John Hosie said they've strengthened their crossbreeding program through a 20 year association with Jim Becker and his son Sam at Jarrah Genetics.

"We target the Jap Ox market with our weaners at 300kg dressed through JBS Townsville and we also supply our local butcher, Malanda Meat Company, to a lesser extent.

"We can't complain about the prices lately; we received $5.20/kg for that last load that went to Townsville that were all over 300kg."

He said they like the Hereford as over the years they've found that they can turn off the Hereford cross progeny a lot sooner than they can using other breeds.

"We're often getting the cross steers to 300kg dressed on grass when they still only have their milk tooth."

John said they've strengthened this crossbreeding program through a 20 year association with Jim Becker and his son Sam at Jarrah Genetics.

"We have four Jarrah bulls in the herd at present.

"We have a big mob of weaners from those bulls on the home block now which we're really happy with, they have great temperaments."

He said they mainly look for bulls that will suit their tropical environment when making purchases.

"Clean coated animals are crucial for our country, and good 400 and 600 day EBV's is another thing we prioritise when buying."