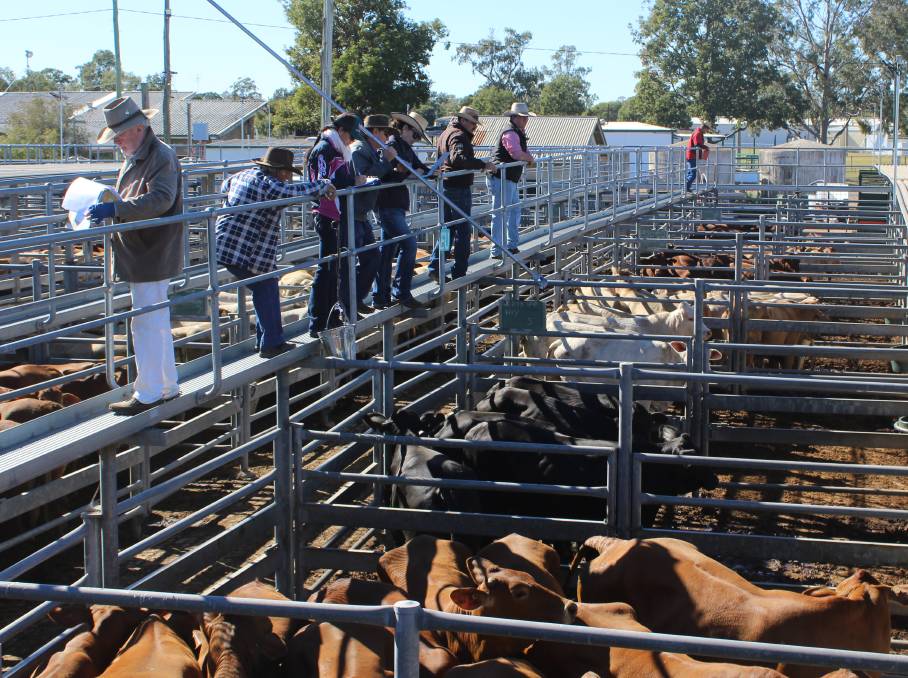 There was a smaller yarding at Emerald on July 25 but the female classes were in demand.

Solid sales meant a week-on-week rise by as much as 15c/kg for cows and heifers, agents claim.

Despite only 1260 head going under the hammer, a fall in the yarding of 700 head on the consignment of the previous week, buyers found good reason to spend more on cows and heifers.

According to a spokesman for the combined agents, all female classes posted gains ranging from six-15 cents week-on-week.

The market for weaner heifers improved to an average of 219c/kg after the best topped out at 238c/kg.

Competitive bidding pushed prices for light yearling heifers up to 15 cents above the rate of a week ago for some of the better presented lines.

"There was very mixed quality in the offering and that saw values for slaughter categories hold firm for the few bullocks on offer," the spokesman said.

"Most of the store classes resulted in only quality related changes with values moving only marginally either way of last weeks rates."

The best of the slaughter steers reached 289c/kg and steers in the weaner weight ranges topped out at 287c/kg.

Stuart and Di Jeppesen, Olivevale, Comet, sold Charbray cows for 218c/kg and the Daniels Family, Ivyvale, Gindie, had a strong sale with their store conditioned 423kg Droughtmaster cows selling for 210c/kg or $889/head.

Victor and Karen Roffey, Wyalla, Springsure, sold Santa Gertrudis cross cows to 220c/kg, while Richard and Robyn Daniels, Plainfields, Gindie sold heifers for as much as 264c/kg, or $1391/hd.