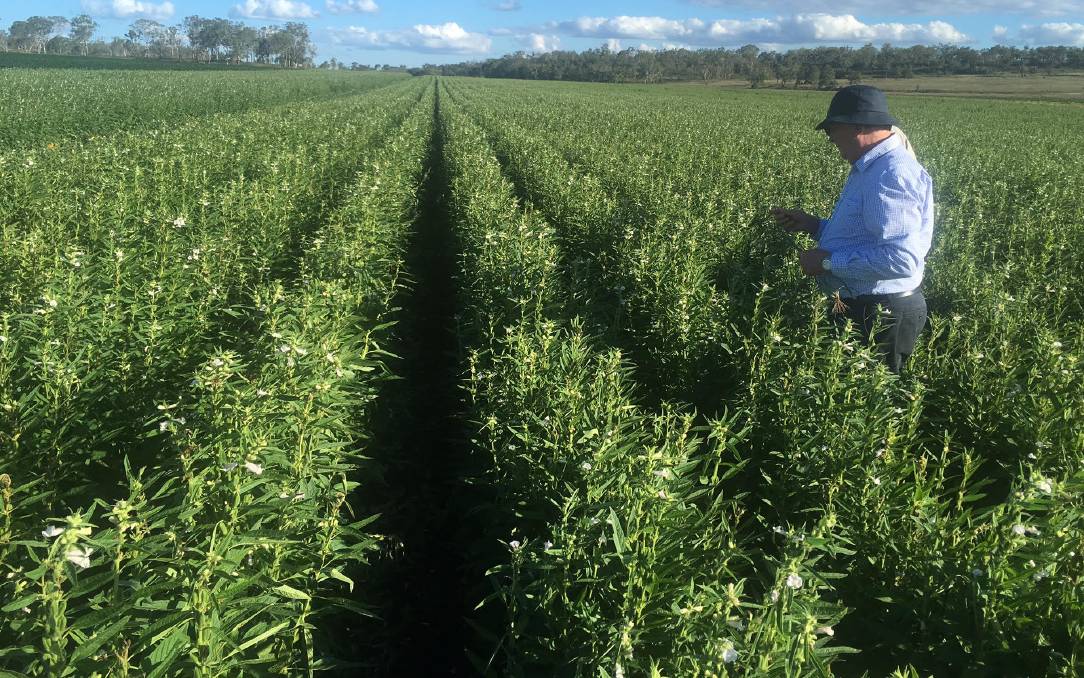 Andrew McDonald from distributor PB Agrifood in Toowoomba said the heat-loving crop was currently valued at about $9 billion globally. It was grown mainly for oil, particularly for China and India, a paste in Mediterranean dishes, and also as a whole seed including for topping bread rolls.

Mr McDonald said until the release of the new generation plant, the extremely fragile and open nature of the seed pod on traditional varieties grown for probably the past 5000 years meant it was extremely difficult to harvest mechanically.

More than 99 per cent of the global crop is currently harvested by hand, producing about 6.1 million tonnes of seed a year. Those plants are typically harvested green, hung upside down and allowed to dry, enabling the seed to be recovered.

Up to 80pc of the seed could be lost with the impact of a header.

Equinom's sesame had already been trialed in Australia, the US, South Africa and southern Europe, where it had performed well often in tough growing conditions and less than optimal soils.

The popularity of the crop was best demonstrated in southern Texas, where about 8000 hectares of the new generation crop is currently growing in rotation with cotton.

"It will grow wherever sorghum grows," Mr McDonald said.

Adding to the appeal was the crop also slotted well into the October/November planting window, when sorghum was considered "risky" in some regions.

Mr McDonald said the seed could be planted using virtually any planting machine including an air seeder with the aim of producing about 18 plants/metre.

There are 430,000 seeds to the kilogram and it is planted at a maximum depth of 5cm and minimal press wheel pressure. It requires three days of moisture for germination.

"Sesame will shade out its competition," Mr McDonald said.

One challenge was the high oil content seeds were relatively fragile and needed to be handled carefully. The crop is ideally harvested at about 6pc moisture.