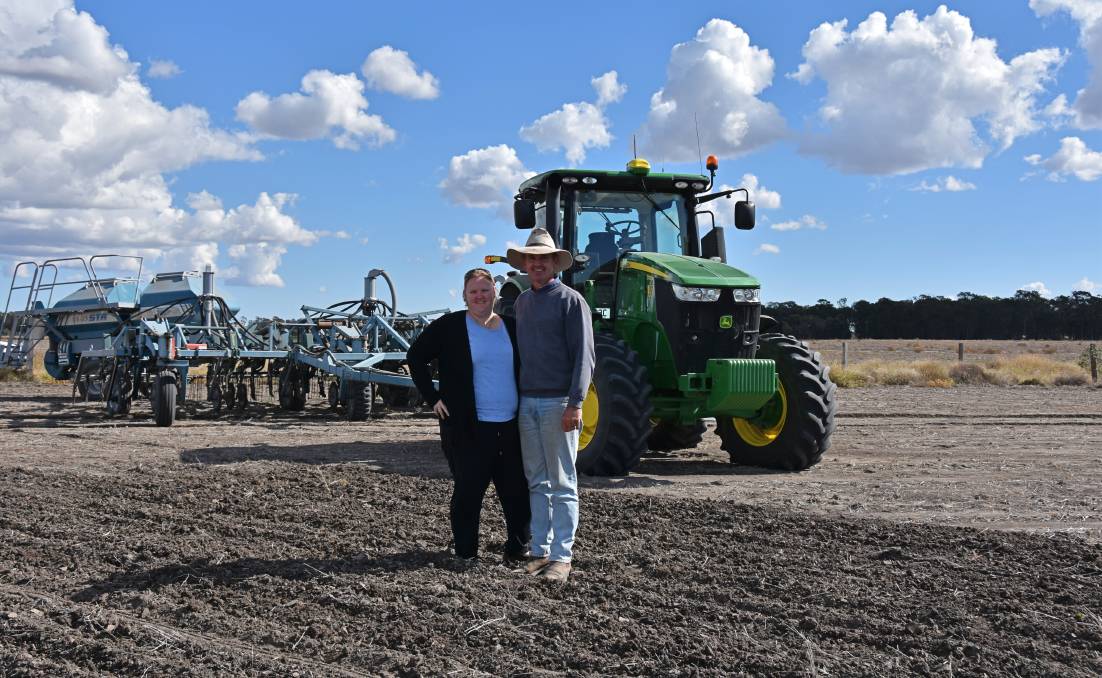 Vicki and Stephen Bock, Eddington, Chinchilla, say farmers are expected to become experts on CSG or be left to deal with the legacy of the issues that come after.

The latest Underground Water Impact Report for the coal seam gas industry may have been released, but landholders continue to voice concerns over unmeasured impacts.

But landholders dealing with the 'big five' CSG companies say the issues of emissions, health and safety implications for landholders, and environmental degradation were yet to be addressed.

For Stephen and Vicki Bock, Eddington, Chinchilla, their battles with CSG began in 2013, but the cost of the latest CSG developments, coupled with three years of drought, is taking a toll.

A proposed pipeline set to border their property in two places and CSG infrastructure on most of the neighbouring land means their 800 hectare property is essentially fenced in.

Mrs Bock said while the pipeline was not on their land, it had the potential to spread the highly invasive parthenium weed, cut off overland flows that are the only source of water for their business, and pose a significant safety risk.

"They have no concept of people, their life or their businesses and the impact they're going to have," she said.

While CSG companies pay solicitor fees for landholders whose land houses infrastructure, Mrs Bock said there was a huge gap that a solicitor did not cover, especially as a neighbour.

"The solicitor can only deal with the legal angle, so this whole thing is something he can't deal with until it becomes a problem," she said.

"The farmer is then expected to become an expert, and... be able to manage every aspect, or be left to deal with the legacy of the issues that come after."

The Bocks are now having to spend money on weed and water baseline testing due to the parthenium weed infestation in the proposed 'right of way' bordering their property.

Their only bore was decommissioned due to CSG activities in 2013 and their only source of stock water now comes from dams.

The proposed pipeline will run straight through the overland flow area and Mrs Bock said the company had not provided overland flow models detailing now and after installation.

"We haven't got the knowledge, the understanding or the background about this infrastructure and what it means to us fully," she said.

"They are only feeding us the smoke and mirrors. We've now got to invest in all of this baseline testing to prove, if it comes three years down the track and we're sitting in a courtroom, that this isn't what it was like before they were here."

Mrs Bock said these are expenses that the government should be subsidising.