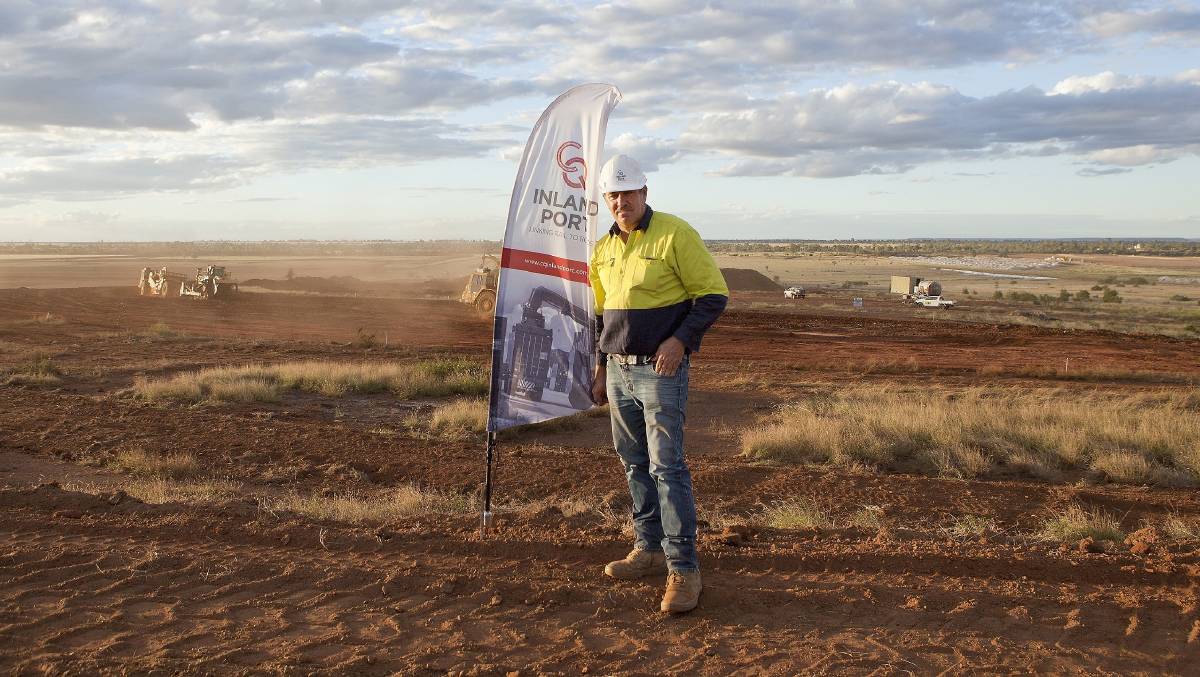 CENTRAL Queensland's 'game changing' inland port project is now well underway with the project expected to be up and running by the end of 2019.

Partially-funded by the local, state and federal governments, CQ Inland Port is a purpose-built and shovel-ready intermodal facility at Yamala, 25km east of Emerald.

GrainCorp has already bought a 47ha site in the development with plans to construct $18.5m grain handling facility to maximise the efficiency of grain exports from the Emerald region.

According to its promoters, the CQ Inland Port will allow for freight to be aggregated and packed in Central Queensland and rail freighted directly to the major ports of Brisbane, Gladstone and Mackay.

The project comprises intermodal and container terminal, a 56 lot special industrial park providing for 24/7 operations for major industrial activities, and the new 1.5km rail spur line, which is expected to be completed in September. 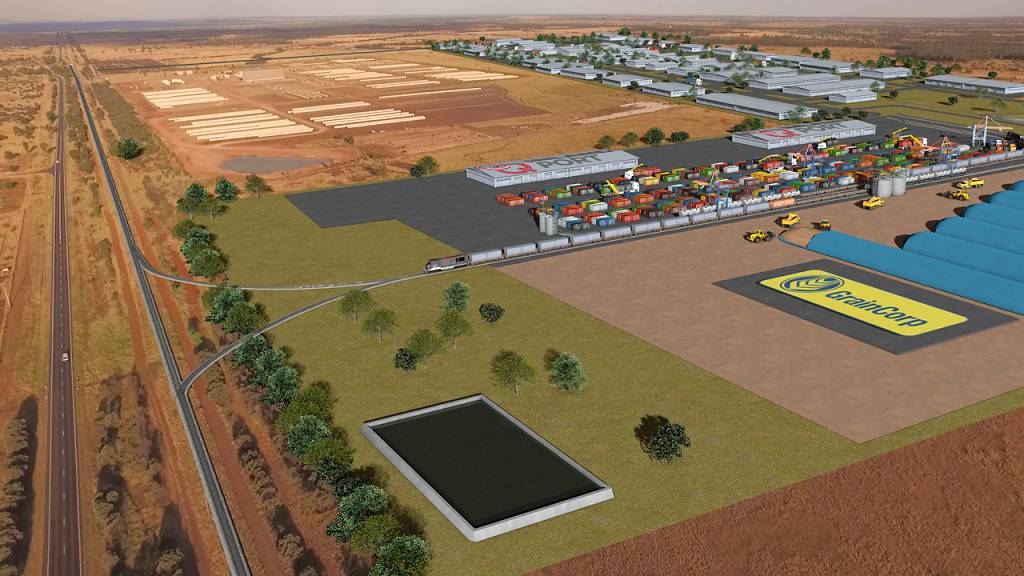 An artist's impression of the CQ Inland Port at Yamala.

Other works also include significant upgrades to the local road network (Bonniedoon Road) and a new industrial road servicing special industrial lots within the development.

"The bipartisanship and support for the project across all levels of government has allowed this project to become a reality," Mr Stent-Smith said. 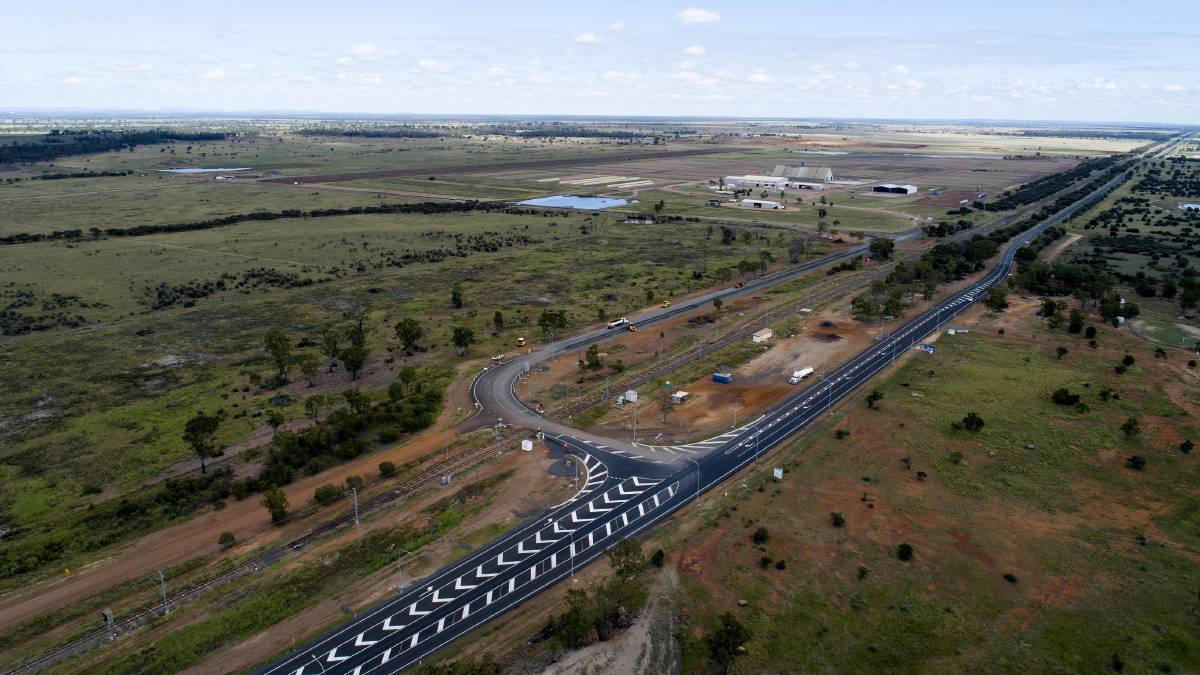 "Everyone involved should be very proud in the legacy that this project will provide for producers and businesses across the entire Central Queensland region."

Colliers International head of agribusiness Rawdon Briggs, who is the lead marketing agent on the project, said the CQ Inland Port project benefited from being at the epicentre of a diverse agricultural region.

"This project can't come soon enough for growers to reduce freight and logistics costs and improve bottom lines after some difficult seasons in the past few years," Mr Briggs said.

This project can't come soon enough for growers to reduce freight and logistics costs and improve bottom lines after some difficult seasons in the past few years. - Rawdon Briggs, Colliers International

"Since construction commenced we have witnessed a surge in interest in the project across a range of sectors with the project specifically designed and supportive of agricultural services, freight and logistics, meat processing, mining services, general industrial, warehousing and manufacturing uses."

Mr Briggs said the recent government announcement about the approval of the Adani Carmichael mine will provide significant growth and investment in the Central Queensland region and projects like the CQ Inland Port will support and drive demand and growth of the mining services sectors." "Regional markets, like metropolitan markets, need to continually look at ways to improve the cost and efficiency of how they do business," Mr Skerrett said.

"The CQ Inland Port will allow for the transfer of goods and commodities from road to rail (either in bulk or by containerised wagons, including refrigerated wagons) and connect to major sea ports and metropolitan locations. 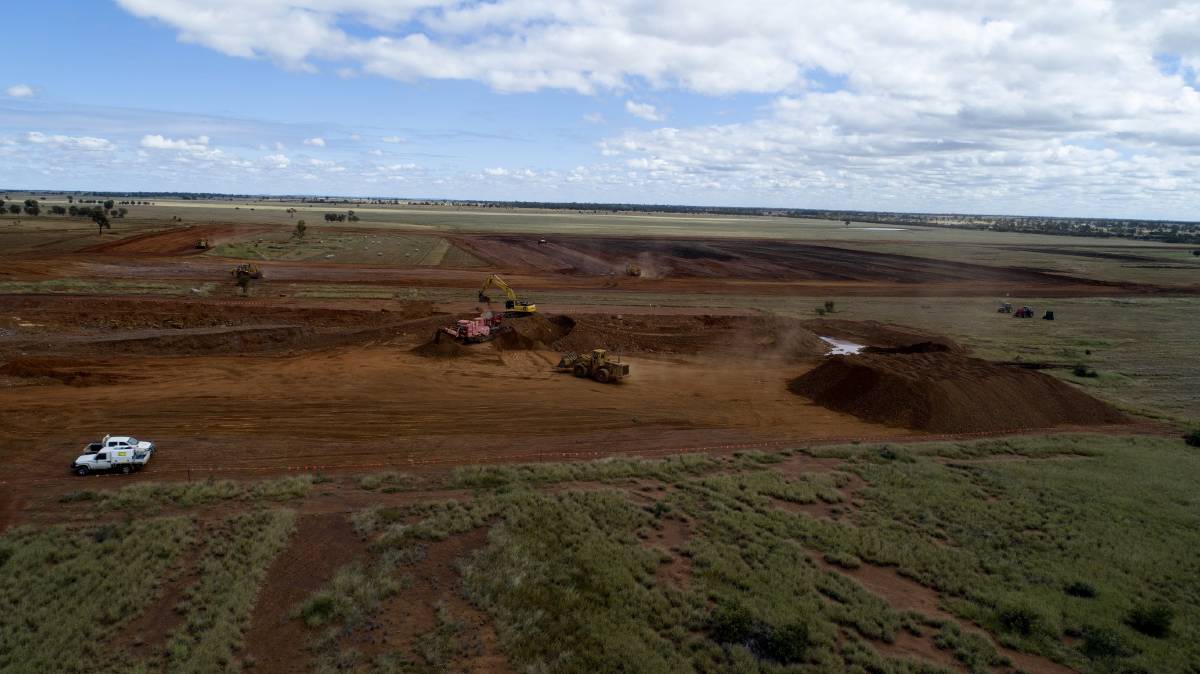 "This will provide significant benefits to the Central Queensland region by: reducing supply chain costs; improving access to key markets; improving the regional competitiveness across national and international markets; and encouraging and supporting innovative and value-add industries such as processing and refinement activities."