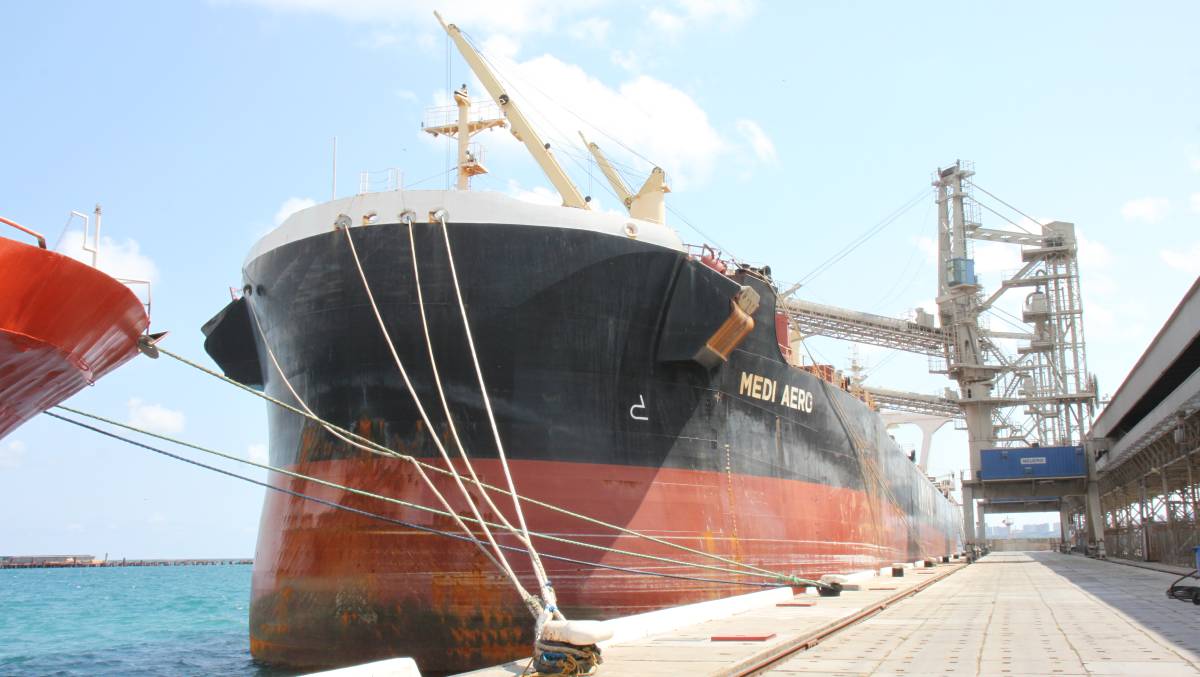 THE SHIP containing the first consignment of imported wheat to come into Australia since 2006-07 has arrived at Port Kembla in NSW.

Bulk carrier African Pheasant, which has come from Vancouver in Canada, landed over the weekend with a shipment of high protein wheat, purchased by Australian milling business Manildra Group for use in its starch and gluten manufacturing facility at Nowra.

Media and the public have not been allowed access to the ship due to biosecurity and safety concerns.

However, Grain Producers Australia chairman Andrew Weidemann said his organisation was satisfied the shipment did not pose a threat to Australia's croppers.

Mr Weidemann said GPA officials had visited Manildra's Nowra facility and were confident the arrangements as detailed as part of the import permit granted by the Australian Department of Agriculture would be adequate to manage any risks.

"The Department representatives at the meeting confirmed that if the risks cannot be managed, the import would not be permitted," Mr Weidemann said.

"Manildra has set a new benchmark for the standards and level of investment required to bring grain into Australia."

Some within the trade have been especially vocal on social media claiming there is sufficient hard wheat remaining in Western Australia to satisfy domestic needs, meaning the imports are unnecessary.

CBH general manager of grower and external relations, Brianna Peake confirmed her company had received over a million tonnes of Australian Hard quality wheat into its network last harvest.

However, Ms Peake said she was unable to reveal how much of that remained in the system.

"Remaining stock is either owned by marketers or growers therefore it's not appropriate for CBH to comment on their stock position publicly," she said.

Ms Peake did confirm the co-operative had been supplying information regarding stocks to the government throughout the drought period.

However, Mr Weidemann said stocks balance sheets had no impact on the decision to import grain.

"In considering a grain import permit, the Department are not able to consider the availability of similar grain within the domestic market, but only the biosecurity risk," he said.

He said more stocks information disclosure from major bulk handlers would help the market have a better handle on where the balance sheet was at.

"There isn't enough information on the availability of grain in Australia, specifically on quantity, quality and location of grain," he said.

Ms Peake said the market had adjusted to the need to bring grain from WA to the east coast.

"The market has functioned well with grain from Western Australia trading freely to the east coast, with about two million tonnes executed over the last year and more volume on the shipping stem," she said.