China is often the centre of any conversation about future growth in beef demand, but is it getting to the point of influencing prices? 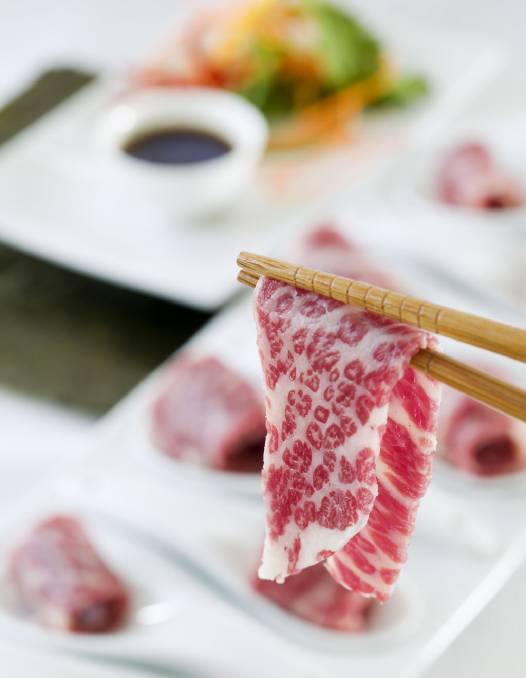 Exports of beef trimmings to China, Japan and South Korea have been growing.

China is often the centre of any conversation about future growth in beef demand, but is it getting to the point of influencing prices?

With a large population, increasing wealth and low beef consumption base China has grown from an unknown importer to the world's biggest beef importer. While this has been a boon for all beef-producing and exporting nations, digging deeper into particular cut trade provides for some interesting trends and possible indications on future price drivers.

Trimmings, or manufacturing beef as it is identified in Australian beef trade data, provides the baseline pricing in the global beef market.

It is the lowest common denominator - if rump steaks are not in demand they can be turned into trimmings.

Given the majority of Australian beef is exported and close to 35 per cent of the beef exported is in the form of trimmings, the price for trimmings has a strong bearing on Australian prices.

If you trace the price for US imported lean trimmings against Australian cattle prices you find they follow similar trends.

Exports of trimmings to China - and the other major export destinations of Japan and South Korea - has been growing.

Over the past four years, Australia's exports of trimmings to these three markets has increased from 126,000 tonnes to 170,000t. Combined, they are now our largest market for trimmings, surpassing our traditional market of the US.

Part of this growth can be attributed to the growth in western-style beef-focused quick service restaurants. In 2018, McDonald's opened more than 300 stores in China, taking its total store numbers to 2,800. In its 'Vision 2022', McDonald's plans to increase store numbers in China and Hong Kong to 4,500.

McDonald's in Japan has seen sales increase by 39pc over the last three years. Burger King has also seen strong store number increases in China since 2012, taking numbers from 52 to more than 900 at the end of 2018.

Noodle players who need trimmings as ingredients in either instant noodle or noodle soup in restaurants are also seeing growth.

While the growing demand for trimmings from Asian countries will create additional competition for the US, it is not expected to shift the market yet.

The importance of ground beef to the US consumer and current household income levels in the US are such that purchasing power of the US consumer currently exceeds that of Asian consumers.

So demand from Asian markets - while growing - is not such that they will set prices, but rather match prices to secure supply.

However, if the current rates of demand growth for beef trimmings in the three Asian nations continues, we could see the export volume to these countries reach three times the size of the US market in five years' time.

At those volumes, Asian market demand will have a much bigger bearing on global prices and in turn on prices received here in Australia.

-Angus Gidley-Baird is a senior analyst for Rabobank