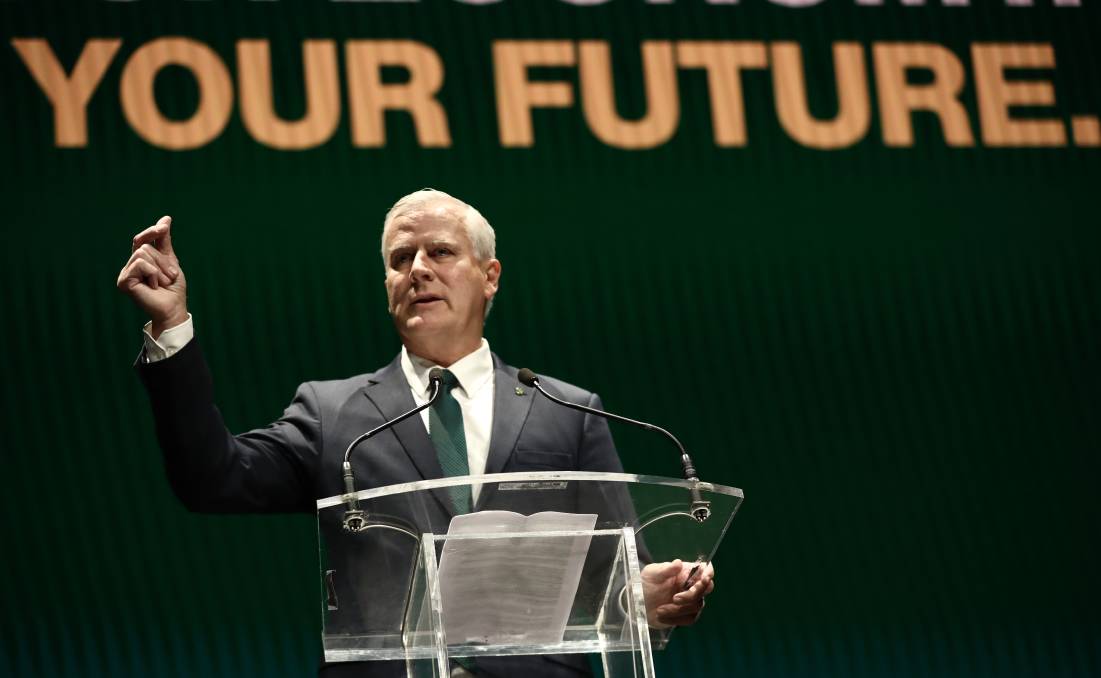 A stoush with the Liberal party could shortchange regional people of a representative in the federal Upper House.

Regional NSW is at risk of losing its regional representation, according to retiring NSW Nationals Senator John 'Whacka' Williams.

Tensions between the Liberals and the Nationals threatens to derail the Senate campaign of Nats candidate Perin Davey, which could leave the Nats without a NSW representative in the Upper House for the first time since federation.

"If we don't get Perin in, it will be very bad for regional NSW, especially at time when Labor are targeting rural Australia with land clearing laws that could cause widespread bushfires and banning live exports," Mr Williams warned.

The Coalition Senate ticket wedges Ms Davey into third spot, between Liberals, Hollie Hughes and Andrew Bragg, in spots one and two, and Liberal Jim Molan at four.

Third spot on a Senate ticket is considered a touch-and-go election prospect, and number four unwinnable.

Supporters of Mr Molan are reportedly handing out instructions at pre-poll booths showing voters how to give Mr Molan the number one spot.

The more first preference votes that Mr Molan gets, the less for Ms Davey.

And the Nats are angry that some Liberals have decided to subvert the Coalition arrangement, which saw their chances downgraded when the Nats got two candidates, Mr Williams and Fiona Nash, on the Coalition ticket - both of whom were elected.

That meant this time around only one National, Ms Davey, made it onto the ticket.

Mr Molan replaced Ms Nash in 2017 when she was disqualified to sit in parliament due to dual citizenship.

"I question why Jim would have put his hand up for an unwinnable spot in the first place," Mr Williams said.

"But his supporters are fighting back against what the Liberals did to him, and we (the Nats) are caught in the crossfire which is bad for the bush."

Nats NSW state director Ross Cadell said the controversy was down to a few "recalcitrant" Liberals and criticised them for not abiding by the rules.

"You live and die by the sword, we got both Whacka and Fiona on the ticket last time, so we had to take three this time around," he said.

Nats leader Michael McCormack downplayed the controversy and said he hoped the election delivered what would be a miraculous Senate outcome for conservative voters.

"We are a united team, the Liberals and Nationals. Keeping Bill Shorten out of the Lodge is the important thing," Mr McCormack said.

"I am hoping Jim Molan and Perin Davey both get elected, and that the whole Senate ticket is filled with Coalition candidates."

The Senate stoush feeds into speculation over the Nats leadership. After past election defeats convention has seen the floor of the party room opened for challengers to throw their hat in the ring.

While Mr McCormack has been careful not to fan the flames of the Coalition controversy, his predecessor Barnaby Joyce is viewed as a potential challenger to retake party leadership.

Mr Joyce hit the airwaves to make the case for the Nationals in the NSW Senate this week, and criticised the campaign for Mr Molan.

"To get three in the Senate these days it is incredibly difficult, and it needs total concentration to get across the line," Mr Joyce told ABC radio.

"The result will be you get ashes in your mouth because you'll get neither."