Sponsored content. In prime Northern Territory cattle country and at the mercy of consistent sub-tropical rainfall, Kalala Station reads like a stockman's Garden of Eden. 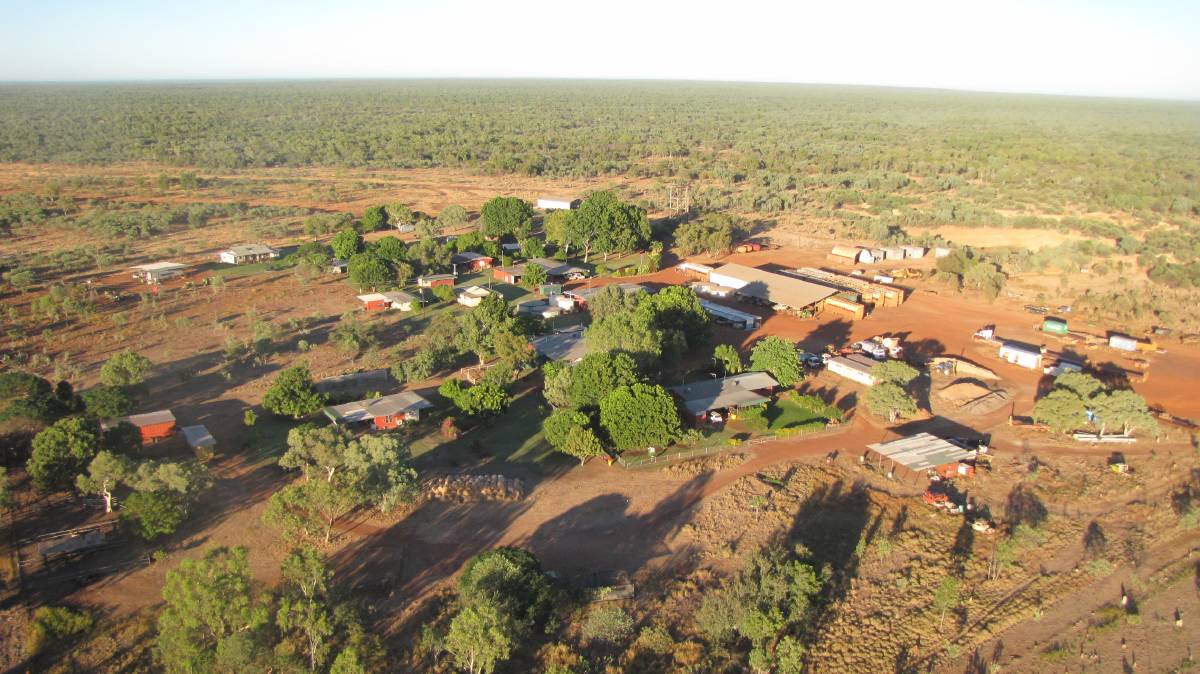 SITUATED in prime Northern Territory cattle country and at the mercy of consistent sub-tropical rainfall, Kalala Station reads like a stockman's Garden of Eden.

Spread over an expansive 3760sq km, boasting 20,000 breeding age females and featuring an array of infrastructure including two road trains and mains power supply connected to the nearby township of Daly Waters, to say the property comes well-equipped would be a massive understatement.

But it's the sense of family and community at Kalala, that Amanda Murphy, daughter-in-law of station owners, Raymond and Pam Murphy, is most drawn to when explaining what life has been like on this quintessentially Australian block of land.

"All my four children were born in Katherine and grew up at Kalala," she said.

"Over the years, we've had many family members and staff that have raised kids there - including my sister-in-law, Cecily. At one point, we had a total of 11 children at the station, so it has been a great life for them."

With Kalala recently changing hands, Amanda and her family are moving on to new pastures.

"It has been very sad to leave," she said. "It has been particularly tricky for the kids to adjust to life away from their grandparents and cousins but we've made lots of great memories there."

"Life was very busy running large volumes of cattle but I think the best part was working as a family.

"Whether it's been mustering, the trucking of cattle, or tailing weaners the best part has been to work together as a family. There have been ups and downs, but mostly just ups."

Kalala was originally established by Texan Billionaire Nelson Bunker Hunt who owned and operated the property in the 1960's/70's until he sold his extensive land assets in Australia. *1

Buying the property off Hunt, Northern Territory brothers Roy and Mick Beebe made extensive improvements and developed an effective method of mustering which remains in place today. *2

Since 2005, the property has been owned by the Murphy family who have invested heavily in infrastructure, including the installation of additional fencing and 50 extra waters. *3

"The best aspect is the diversity of country. You have beautiful variation throughout the station including red country and black soil country which ultimately means you get the best out of your cattle."

"The homestead itself is beautiful," said Amanda. "Pam has also put a lot of time into the garden and the lawns. Visitors would always comment on how much it looked like an oasis."

While the property itself is magnificent, it's the range of sprawling landscape that offers a unique point of difference for graziers. "The best aspect is the diversity of country," said Amanda. "You have beautiful variation throughout the station including red country and black soil country which ultimately means you get the best out of your cattle."

For Amanda, creating an environment of inclusivity was key to forging the sense of community that all Kalala residents enjoy while living on the property.

"I guess you could say we're rather social people," she laughed.

"We loved interacting with our staff and ran activities on weekends that involved everybody; we've really enjoyed creating that sense of family."

"Sometimes it felt like you were living on top of each other but everyone on the station had some great memories and we really got along."