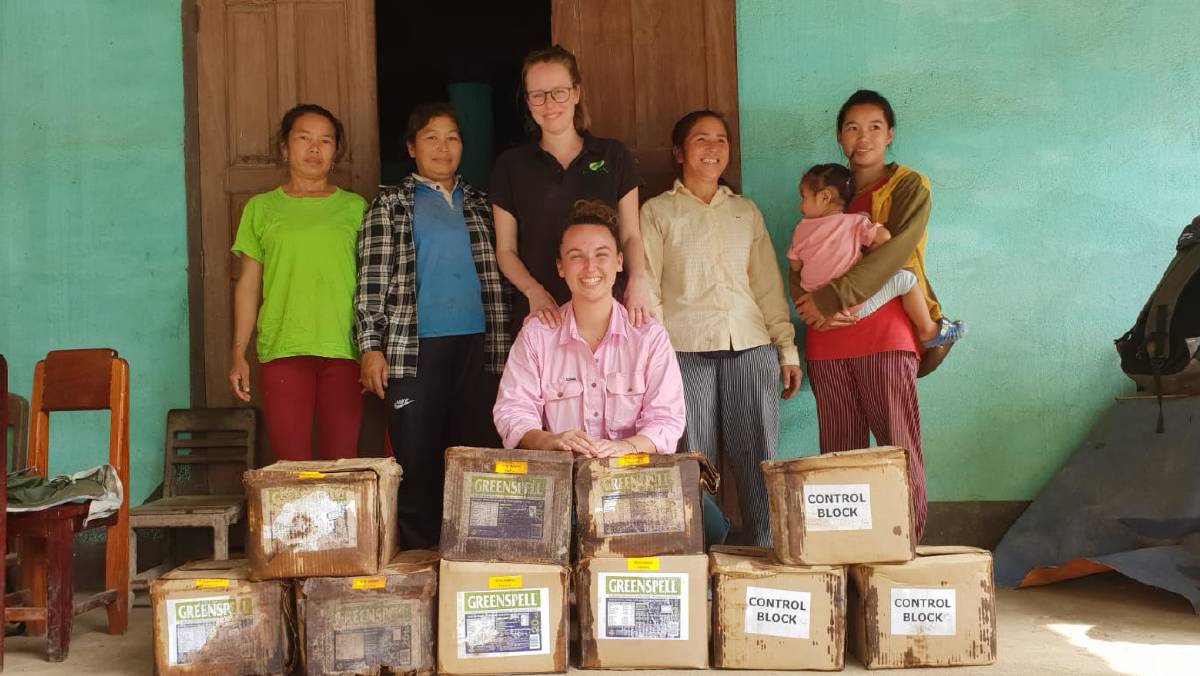 Improvements in the health and nutrition of South East Asia's cattle herd are helping to lift women out of poverty.

IMPROVING the health and nutrition of the South East Asian cattle herd is playing a direct role in lifting women out of poverty.

Work being carried in the Luang Prabang region of northern Laos is showing that training in biosecurity, livestock management, and the use of vaccinations to prevent disease is enabling farmers to rapidly grow their cattle herds and improve their profitability.

University of Sydney PhD student Nichola Calvani said for some women on farms it meant they no longer had to do external work, allowing them to work in the farm business, and spend more time raising their children and managing their households. 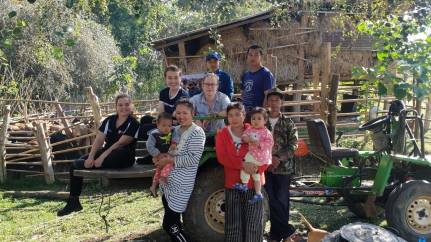 Ms Calvani has been working in Laos since 2017 as part of the Mekong Livestock Researchers Group, which was established in 2005. The animal scientist is undertaking ground-breaking work aimed at developing a new approach to parasite control using medicated nutrient blocks for cattle. In addition to initial ACIAR (Australian Centre for International Agricultural Research) support, the work is now supported by the Business Partnership Platform project funded by Department of Foreign Affairs and Trade.

She has worked closely with a number of families, including the Heuan family, which has benefited from assistance from the University of Sydney and the Lao Department of Livestock and Fisheries under their co-run ACIAR-funded project aimed at improving biosecurity and disease control for improved marketing of cattle. 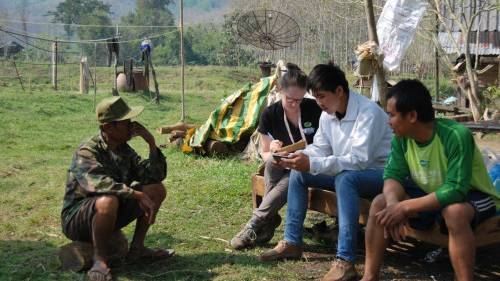 The Heuan family's cattle herd has increased from just 13 head to 46 cattle in just four years. The increase has enabled the family to sell more cattle each year, with more calves on the ground and surviving each season.

The improved nutrition has been achieved in part growing forage crops to offset the extended dry season, and enable cattle to be marketed when ready-to-slaughter animals are more scarce. 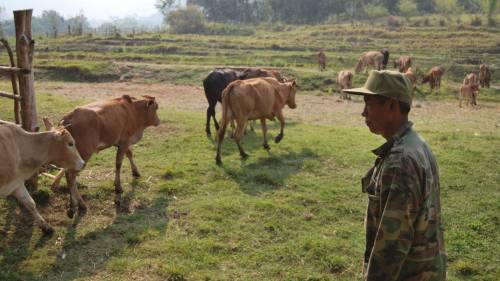 Mr Heuan has been using medicated nutrition blocks for the control of liver fluke.

"My son could study and we were able to sell some cows to pay for his wedding," Mr Heuan said.

Mr Heuan learned the importance of biosecurity and vaccinations to prevent disease, which he claimed was the most important factor allowing him to rapidly grow his herd.

His brother-in-law, Mr Home, with whom he shares grazing land for his cattle, has also benefited from his involvement with the project. 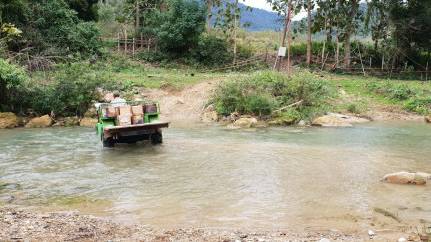 A shipment of molasses feed supplement block across one of the turquoise blue rivers running through their property (Photo: Nichola Calvani)

"When the project started I had four or five cows and six buffalo," Mr Home said. "I sold my buffalo to buy more cattle and I now have 15 animals."

While not the significant increase experienced by his brother-in-law, the figure does not account for the large number of animals Mr Home is now able to sell each year to help provide cash for his young family.

"My cows are now strong and fat, with no disease, so they are worth more money than before," Mr Home said. 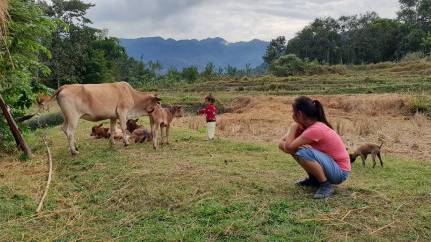 Photo: Mr Home's wife watches over their child playing with some of the many calves born this season (Photo: Nichola Calvani)

The two families have been impressed with their involvement in the BPP project, using both medicated and un-medicated nutrition supplement blocks to control liver fluke and improve nutrient supply, provided by the Brisbane-based company Four Season.

Prior to the project, both families said they were unaware that liver fluke was endemic on their farms, although Mr Home had noted that he had seen 'leaves' (fluke parasites) in the livers of their cattle and at social events such as weddings, but had never considered this to be a detriment to production or danger to human health. 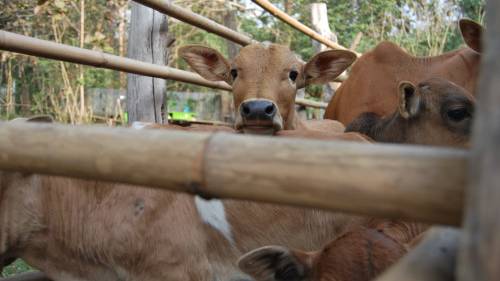 Since working with the project, both men say they have also learnt the importance of controlling round worms in newborn calves, as parasite treatments increased the survival rates of young calves and improve growth rates.

They also noted that the use of lick blocks made their animals stronger and healthier, and made the cattle more manageable in a free-grazing system.