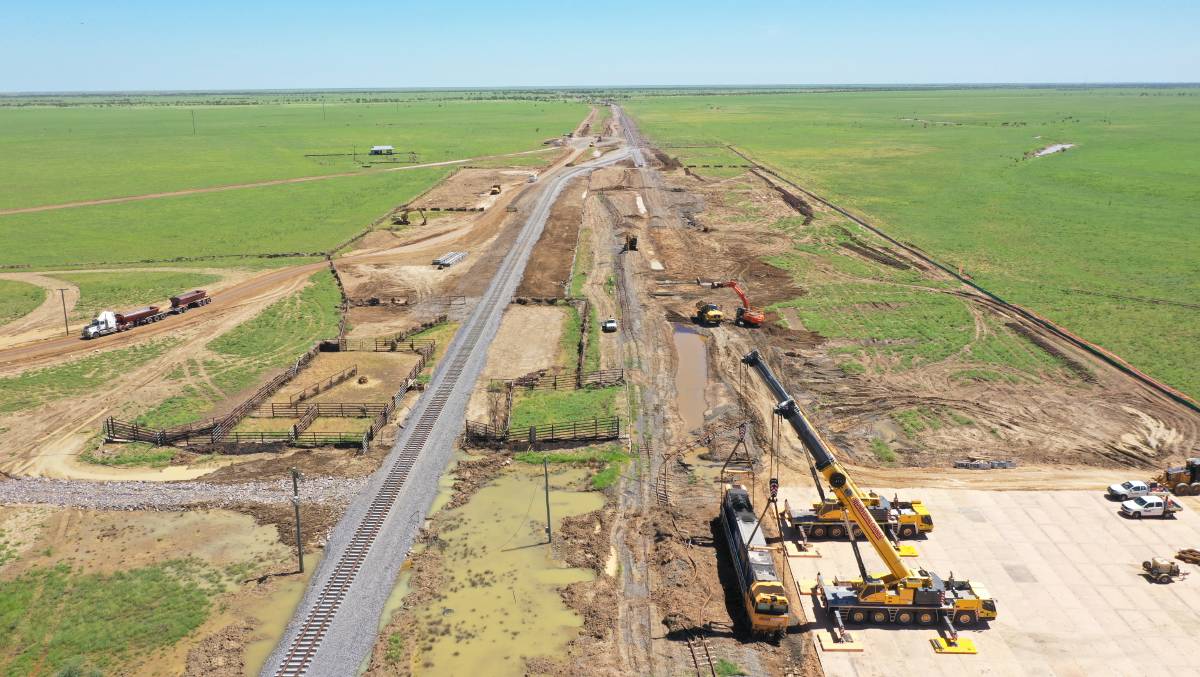 Only the locomotive remains at the site of the derailed train at Nelia. Supplied: Queensland Rail.

The wagons from a train derailed during the North West Queensland flooding have been removed from the Mount Isa line.

The wagons from a train derailed during the North West Queensland flooding have been removed from the Mount Isa line.

Queensland Rail CEO Nick Easy said recovery works are now focused on a final 55-kilometre section of damaged track between Nonda and Quarrels, which includes the Nelia site, where crew were completing a rail deviation.

"This deviation will allow freight and passenger trains to resume through Nelia between late April and mid-May, allowing environmental remediation works to continue at the site," he said.

"Pacific National has now been able to remove all 81 wagons and are continuing works to remove their locomotive.

"Due to remaining wet and unstable ground conditions on site, purpose-built mats have supported two cranes throughout the removal of wagons and loco off the tracks."

Mr Easy said the final stretch would be the most challenging repair location to date as it was the most affected by the flood.

Works on the Mount Isa line are expected to be completed between late April and mid May.