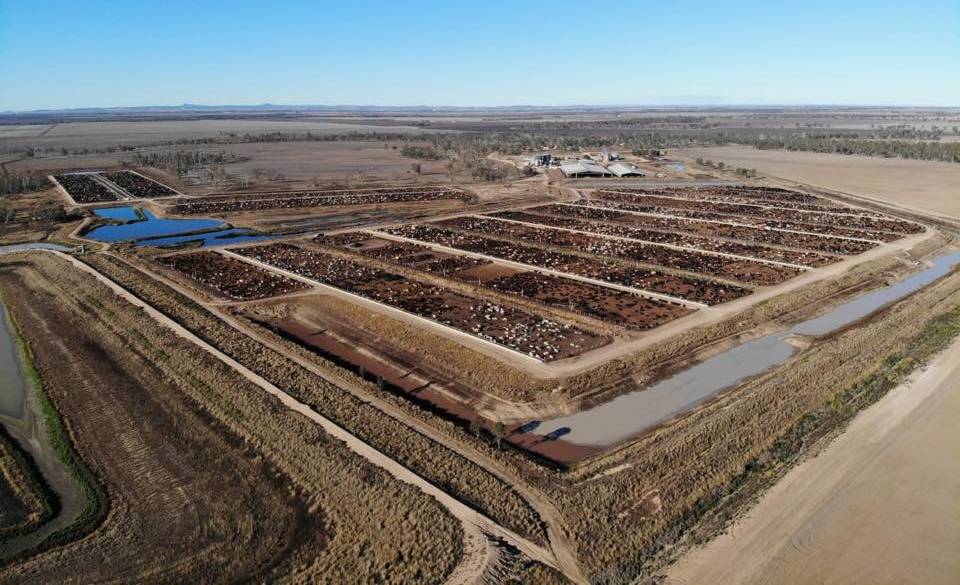 An aerial view of the Lemontree Feedlot at Millmerran, which was targeted by the Animal Activists Collective over the weekend. Picture: Supplied

There have been no arrests or charges for the 100 activists who illegally entered the Lemontree Feedlot.

"This incident has been extremely distressing for our family and our staff," Mr McNamee said.

"We follow industry best practice, the safety of our staff and livestock are a priority - as well as adhering to the stringent biosecurity protocols for our industry.

"However, the actions over the weekend of those who illegally trespassed on our property put our family, staff and livestock at risk.

"It remains unclear why our family business has been targeted by this group of activists."

Lemontree Feedlot is currently a 20,000 SCU capacity operation and mainly feeds cattle for an average of 105 days to target the export market.

The McNamee family also operate a large scale dairy at the same site.

Mr McNamee reinforced their commitment to industry best practice protocols, operating to alleviate the risk of ill health and to limit mortality.

"For farmers the loss of livestock does occur and is sadly a reality of farming from time to time," he said.

Mr McNamee said the family appreciated the support they had received from other producers, the industry and the local community.

"We will continue to work with the relevant authorities and Queensland Police, who attended our property over the weekend, to ensure the future safety of our family business."

Queensland Police confirmed they responded to a protest on Saturday, March 23, at 11.45am.

In a statement released to Queensland Country Life, a police spokesperson said officers from Millmerran and Dalby responded to reports that up to 100 protesters had arrived at Lemontree Feedlot.

The protesters entered the feedlot, took photographs of animals and then left the site.

"No damage was sustained, there were no injuries or threats and therefore no arrests. However, investigations are continuing," the spokesperson said.

A van driven by a group of activists had its tyres slashed by an unknown, unregistered motorbike rider, which is being investigated by local police.

Queensland Agriculture Minister Mark Furner said the footage of the activist invasion at Millmerran was disturbing and he had written to the Police Minister Mark Ryan asking for an urgent briefing on the situation.

"All people have an obligation to obey the law and I expect people who breach the law will face consequences," Mr Furner said.

LNP agriculture spokesman Tony Perrett while Mr Furner had come out and criticised the activists, he continued to do nothing to strengthen or increase penalties for those who blatantly break the law. 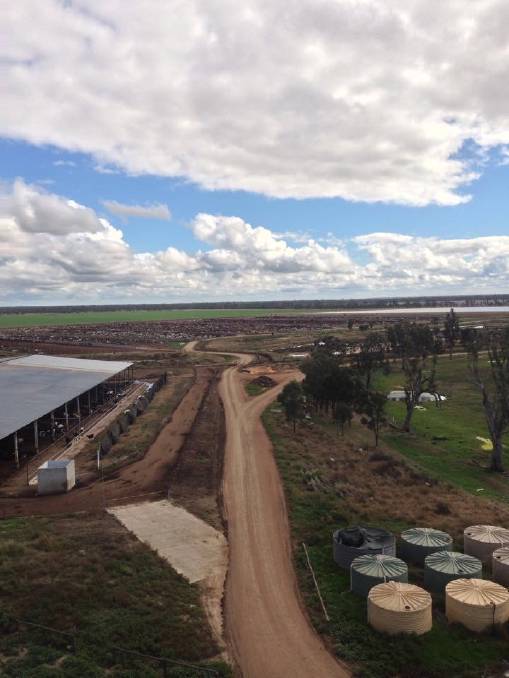 "Nothing is being done to protect these lawful and legitimate Queensland farms from these activists who are willing to terrorise, in the face of this soft on crime Labor government," Mr Perrett said.

"It's time to strengthen our biosecurity regulations to protect our farmers and their businesses from malicious animal extremists."

"It makes me angry that these irresponsible green terrorists trespassed and terrorised the McNamee family and their farm workers," Mr Lister said.

"Queenslanders everywhere stand with our farmers like the McNamee family."