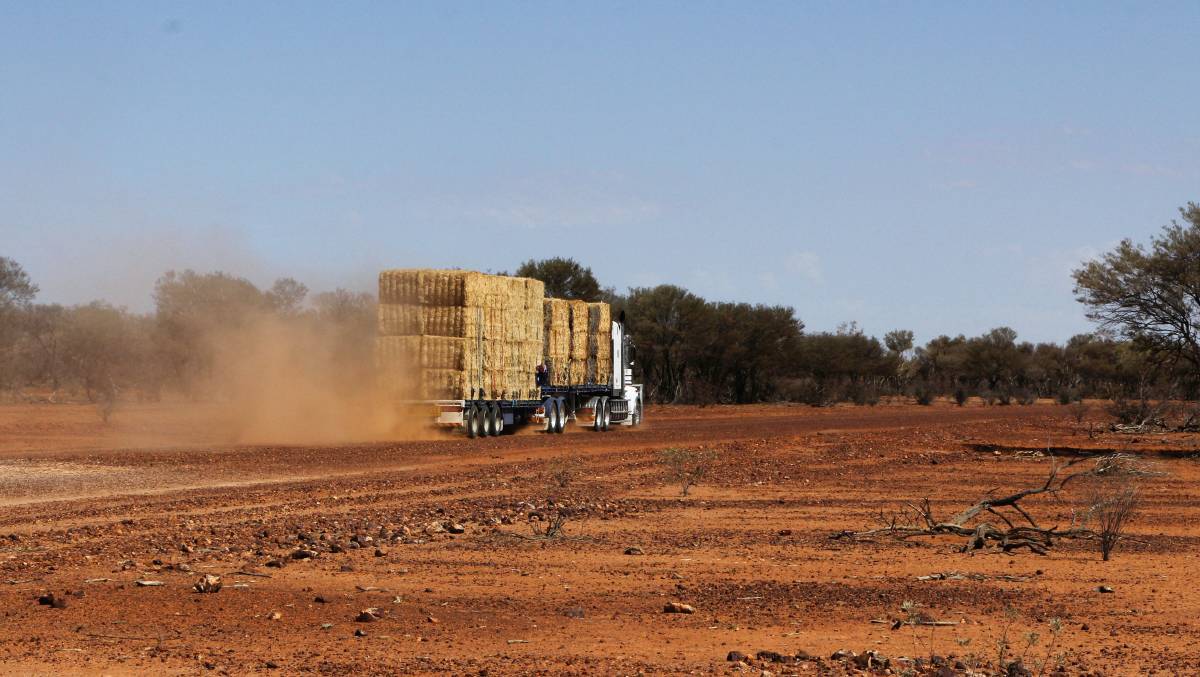 A Burrumbuttock Hay Runners truck making its way to a property west of Eromanga earlier this year.

It has barely been two weeks since their last mammoth delivery but the Burrumbuttock Hay Runners are saddling up again, this time to help flood-stricken Queensland.

In late January a convoy of 180 trucks delivered more than 6500 bales of hay to Quilpie and nearby areas as part of the Burrumbuttock effort, helping producers fighting a crippling drought in the region.

With Queensland's agriculture sector now staring at an unprecedented natural disaster due to the floods, Burrumbuttock Hay Runners founder Brendan "Bumpa" Farrell has rapidly organised another run to Cloncurry.

"We are getting the trucks organised at the moment. We should be up in Cloncurry by Sunday afternoon."

As of Monday there were 100 trucks on board for the run, carrying about 4000 squares of hay, Mr Farrell said.

"We'll rustle up the trucks and get them there as quick as we can.

"It's a big ask to the truckies considering we've just been up to Quilpie. But for them it hasn't been a drama to help out."

Mr Farrell said he was working with AgForce and local politicians to figure out the best way to drop the hay.

"We've just got to make sure that it's done right and they've got the right locations," he said.

"There's no point running up there when the roads are shut."

Mr Farrell said the convoy would likely stop in Ilfracombe on Saturday, before pushing through to Cloncurry.