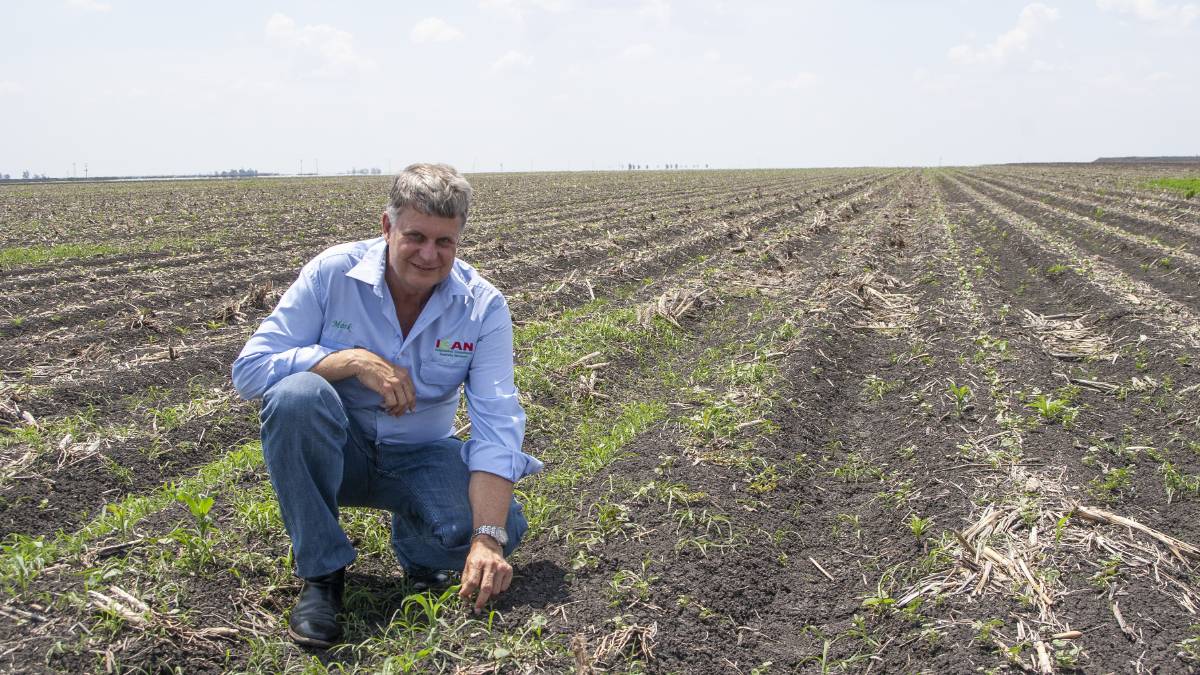 Mark Congreve, senior consultant with ICAN, says getting on top of weeds early is a sound strategy for growers.

Getting on top of weed numbers early can pay handsome dividends according to research.

Weeds that are allowed to germinate with summer crops significantly reduce yields and can set a vast amount of seed. Conversely, crops that get away to a clean start for the first three to six weeks can often maintain most of their yield potential.

Competitive crops, grown on narrow row spacing, can reduce the number of weeds that germinate later in the crop and although these weeds may have minimal impact on yield, any survivors will add to the weed seed bank and must be controlled with other tactics.

In sorghum and maize crops, weeds like barnyard grass, liverseed grass and fleabane can be hard to kill once they emerge, and they have the potential to reduce yields by 30 per cent or more if left untreated.

In mungbean, University of Queensland researchers found a 50 per cent crop yield reduction can be expected as a result of weed populations as low as 20–35 plants/m2of bladder ketmia, feathertop Rhodes grass, windmill grass, liverseed grass or button grass.

Many growers are looking for opportunities to safely include residual herbicides into their summer cropping weed control program to complement pre-plant knock-down herbicide applications.

Mark Congreve, ICAN senior consultant said pre-emergent herbicides can provide a six to eight week weed-free environment for crop establishment and their inclusion increases the diversity of herbicide modes of action used in the farming system – a useful delaying strategy for herbicide resistance.

Starting the summer crop clean usually involves an effective knock-down herbicide applied prior to sowing to treat weeds germinating on the planting rain, followed by an effective pre-emergent.

“It is generally easier to target grass weeds in a broadleaf crop and vice versa,” he said.

For example, if grass weeds are the main problem in a paddock then grain sorghum may not be a good crop choice,” he said.

“There are no effective in-crop post-emergent herbicides for control of emerged grass weeds in sorghum, so any weeds that escape the pre-emergent herbicide treatment are likely to set seed and replenish the seedbank.”

Broadleaf crops such as cotton, mungbeans, soybeans and sunflowers have more pre-emergent and in-crop herbicide options to treat grass weeds, potentially making these crops a better choice where grasses are the main problem.

Once the crop has been selected and the pre-emergent program chosen, implement all practices that promote vigorous crop growth and early canopy closure.

To minimise this, it is important to use a diverse range of weed management tactics, including non-herbicide tactics such as inter-row cultivation or chipping, to remove survivor weeds before they set seed.

Where possible, rotate pre-emergent herbicide modes of action between years.

“Most growers find that there are one or two weed species that are really driving their decision making, so having a dedicated program to drive down numbers of these key weeds to ensure the summer crop is clean at harvest, will make future weed control easier and allow greater flexibility in crop choice.”