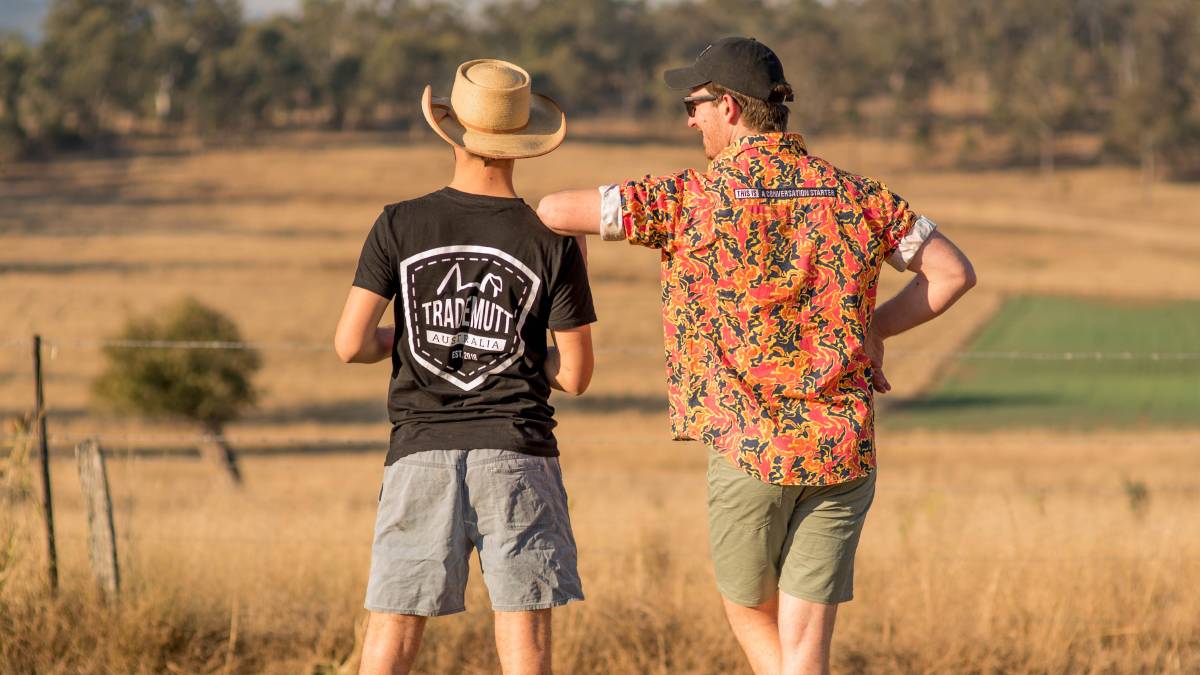 Ed Ross, formerly of Longreach, and Dan Allen, are taking a light-hearted approach to the serious problem of mental health with their one-of-a-kind workshirts. Pictures supplied.

The brightly coloured workshirts are more flower power than FIFO but that’s the whole point of them – to start conversations about mental health as much as make farmers, tradies and construction workers of all kinds, look and feel great at work.

They’re the brainchild of Daniel Allen and Edward Ross, two mates, both tradies, who met on a work site in Brisbane.

While Dan is from Sydney’s inner west, Ed is no stranger to the wide open spaces of western Queensland, having grown up on a property in the Longreach district.

After completing school at Churchie in Brisbane in 2010, Ed became a stockman on a cattle station near Camooweal, and it was during this time that he lost a close friend to a helicopter accident, a huge shock and loss.

Realising he wanted to experience more from life before settling down on a property, he moved back to Brisbane and completed a certificate III in carpentry.

Soon after that, as a qualified chippie working on a job site, he met Daniel Allen, discovering they not only shared a Jim Carrey-style sense of humour, but both had lost friends suddenly.

The shared experience of coping with the loss and grief that followed these sudden deaths motivated them to find a way to support Australian men and reduce suicide rates through programs teaching and practising mental wellness.

TradeMutt was born from that. 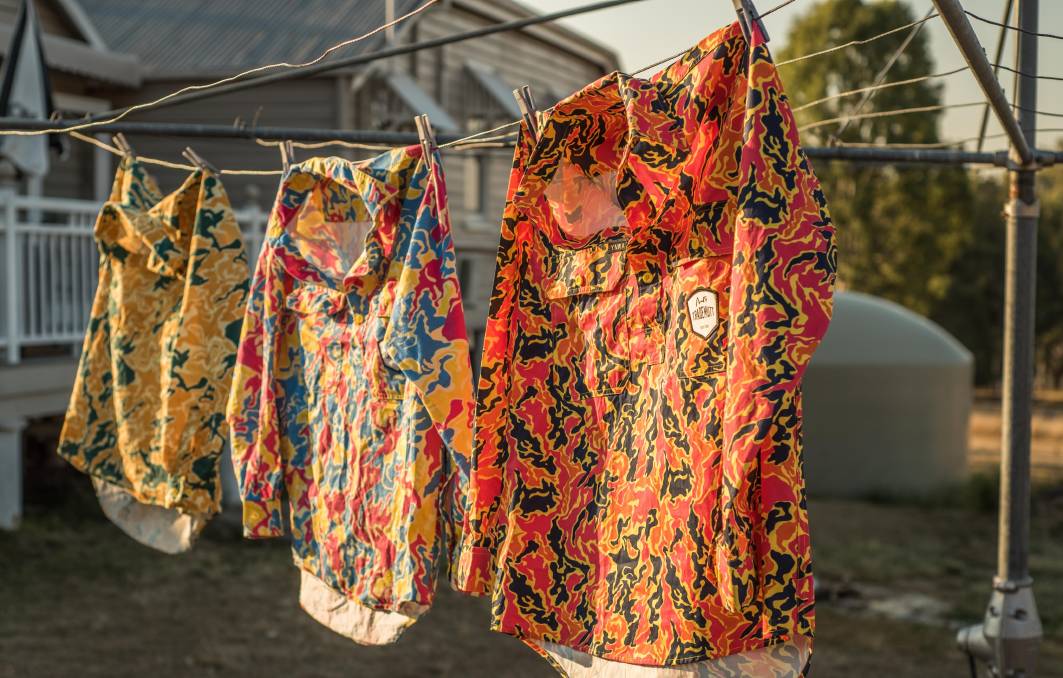 The vibrant in-your-face workshirts are hard to ignore, which is just what the Trademutt co-founders want.

Described as workshirts designed to change the world, Ed and Dan hope their progressive social enterprise will drive a much-needed social and cultural shift among working men and women everywhere.

“Not only is it acceptable to talk about mental health, it is also safe and encouraged,” Ed said. “We are doing something bold – we have made the loudest workshirts you have ever seen and making mental health problems impossible to ignore.”

It’s a very pertinent issue for the construction industry that both men find themselves in: not only is suicide the number one cause of death for Australian men in the 15-44 age bracket, but in the three years from 2011 to 2014, some 239 construction and mining labourers took their own lives.

Among young tradies, the rate is two to three times higher than in the general community: the average age of suicide among construction workers in Queensland is 36 years.

On the back of the Trademutt shirts is a This is a Conversation Starter logo, and 5 per cent of the profits from sales will go towards the TIACS movement, and the exciting ways they are facilitating the expression of mental health conversations.

Dan and Ed have been travelling to schools, rural and remote areas, construction sites and events throughout Australia to spread awareness and educate communities about importance of mental health, including a recent visit to Rocklands Station Colt Challenge to talk at the awards dinner about mental health awareness and suicide prevention in the rural sector.

One of their next appearances will be at the Unleash the Beast symposium in Toowoomba on World Mental Health Day, October 10, where they’ll be continuing the conversation and introducing the audience to their workwear brand.

“Our goal is to tackle men’s suicide in Australia head on, and in doing so, make Aussie tradies look great, feel great and be part of a movement that will change the face of men’s mental health forever,” said Ed.

”By wearing a Trademutt shirt, we stand for respect among people everywhere, we value empathy and compassion as the key to allowing others to open up and most importantly a willingness to reach out and support anyone who needs it.”

Read more: R U OK? The truth is, it’s just not that simple