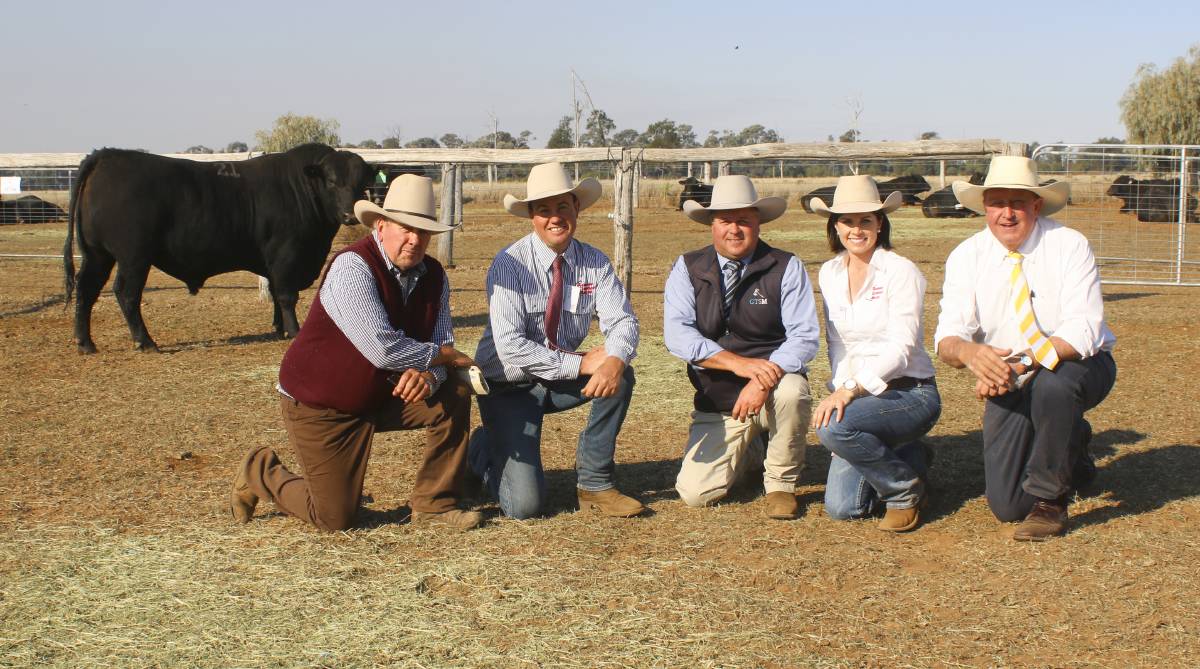 Sandon Glenoch Angus experienced their most successful auction to date at their 27th annual on-property bull sale near Chinchilla.

The bidding flowed strongly from both new and repeat clientele, to clear all 91 Angus bulls on offer from the Boshammer family, for an average of $9429 and a high of $17,000. Greg Peck, Purtora, Blackall was the satisfied repeat buyer who secured Minister, along with another two bulls on the day. He has been impressed with the forage ability of the Sandon Glenoch Angus bulls, which have worked well in his environment. The Angus premium and market flexibility are also important factors behind his breeding decisions.

Minister was sired by a homebred son of LT Driven in Glenoch Kembla K305, and was bred from one of the herd’s best cows, Glenoch-JK Ann C102. C102 boasts fertility data of nine calves for an average calving interval of 364 days, and featured in the pedigree of another four bulls in the sale. She is also the great grand-dam of lot 19, Glenoch-JK Makahu M602, who was withdrawn after being sold prior to the sale for $25,000 to Glatz’s Black Angus, Avenue Range, South Australia. Selling for a close second top price of $16,000 was lot 58, Glenoch Maximerge M499 (AI), a deep-bodied son of MAR Innovation 251. Maximerge had dam fertility data of five calves for an average calving interval of 371 days, and was purchased by repeat clients Doug and Lois Cameron, Cunno, Augathella.

The sale draft featured the stud’s first sons of Texas Mount K2, who sold for $45,000 in 2015, when Roger Boshammer purchased a quarter share in the sire. K2 is a trait leader for six EBVs, and his group of 44 sons sold to average slightly higher than the sale average at $9943.

Many local families were operating at the sale, and buyers represented a wide range of environments across Queensland.

The Boshammer family expressed their gratitude for the success of the sale and the strong support shown by buyers, and more importantly, hoped that the bulls would deliver on expectations and add great value to their clients’ businesses.

A moment’s silence was held in memory of Jack Atkin, who established the Sandon Stud in 1969. Jack passed away at age 92 just a fortnight before the bull sale, and was approaching his 50 year membership with Angus Australia in 2019.