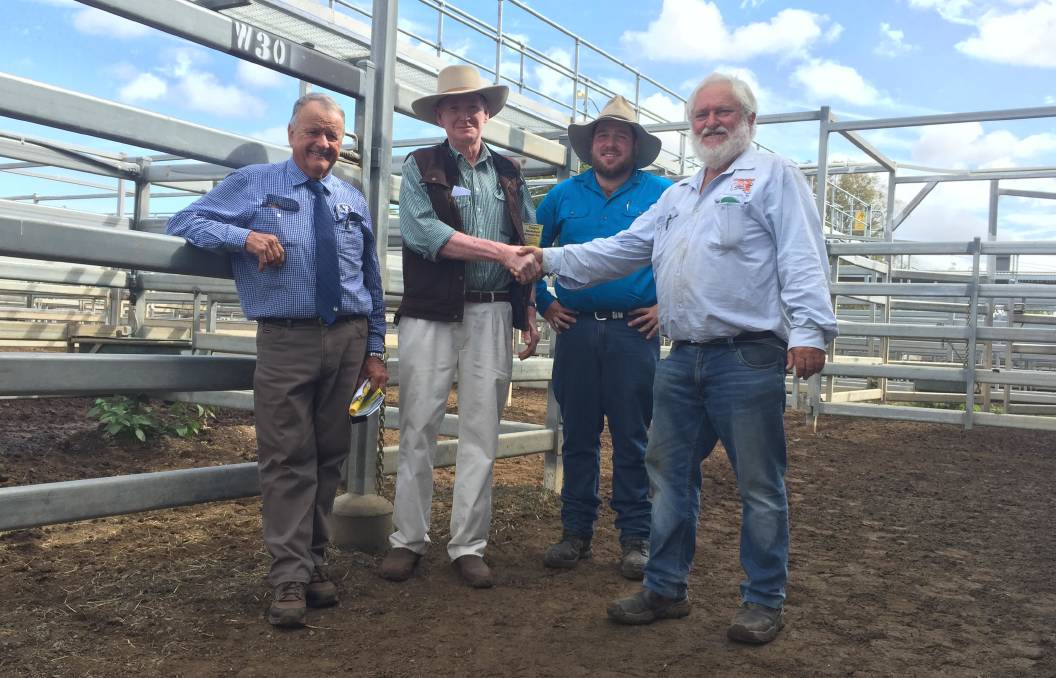 It was a buyers market at the Tropical Invitational Senepol Sale in Gracemere on Monday with a top of $11,000.

Mr and Mrs Arneil are now retired Charolais/Charbray bull breeders and have down downsized from a large number of cattle to just 50 breeders at the Thangool property where the new bull will taken.

Mr Arniel said Namoona M74 qualified for all the things one would look for in a early maturing bull with good length, topline and hind quarter, plus also good volume from his sheath right through to his shoulder.

Col Godfrey said he was very pleased for the buyers as the sale produced good value stock and the prices were a reflection of the conditions that exist in the cattle world at present. He said he had expected good dollars for Namoona M74 as the 22 month-old bull boasted best weight for age in the lots offered by the Namoona Trig stud. Mr Godfrey stated he is looking forward to making the journey from Casino, NSW to return to the sale in 2019. A small selection of heifers were offered at the sale with 0 of the 11 head being sold. Selling agent: SSB, Rockhampton.