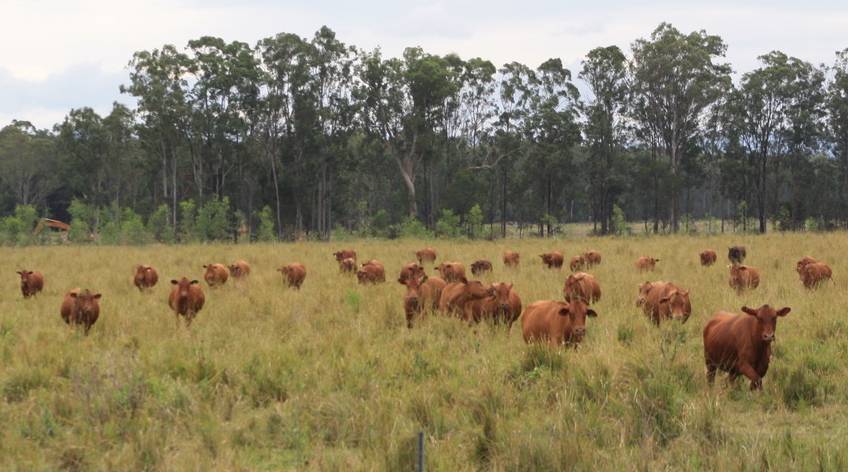 Super Senepols: A uniformly top-notch draft of 71 bulls and 11 joined heifers have been catalogued for the fourth annual Tropical Invitational Senepol Sale, taking place on July 2, at CQLX Gracemere.

A superior selection of Senepol bloodlines have been selected for the fourth annual Tropical Invitational Senepol Sale taking place on July 2.

A top draft of bulls and females representing a superior selection of Senepol bloodlines have been selected for the fourth annual Tropical Invitational Senepol Sale taking place at CQLX Gracemere from 10am on Monday, July 2.

Col, Janelle and Blair Godfrey, Namoona Trig Senepols, together with fellow original sale vendors Kurt and Liz Baumgart, Wiangaree Park Senepols, and Gary and Leanne Porter, Silverleigh Senepols, will be offering a draft of 71 bulls and for the first time in the sales’ history, 11 joined heifers.

“This year we wanted to introduce some Senepol breeding cattle into the region, as they’re hard to come by, so we’ll be closing out the sale with the joined heifers,” Mr Godfrey said.

“Any breed will benefit from the Bos Taurus derived tropically adapted features of the Senepol breed, the pure Senepol is the ultimate tropical crossbreeding tool for increasing profitability in cattle herds of any breed.”

He said the sale, which was initially held in Emerald in 2015, was created by the three families due to the nearby Northern Rivers market not being large enough for the amount of bulls they produce, “so we decided to sell them into an area with larger herds where the demand for Senepol genetics is better”.

Mr Godfrey, said the sale has built a “significant following of loyal repeat buyers who’ve been very satisfied with the Senepols performance and adaptability in handling the Qld conditions”.

“We still have a large group of buyers attend from CQ, though we’ve also sold bulls into NQ, SQ and the NT.”

He said to thank repeat buyers from Emerald and surrounds for their ongoing support of the sale, free freight to the Emerald Saleyards will be offered for all bulls purchased at auction.

“We’ll also be offering $500 loyalty vouchers to repeat buyers from the region who call in and see us at our site during the Ag-Grow Emerald Field Days, being held this year between June 28-30.”

He said a selection of the cattle drafted for the sale will also be on display at Ag-Grow with the rest available for pre-sale inspection at CQLX from June 27.

“We’ll have AuctionsPlus back this year, so those who’re unable to attend the sale in person can view the livestream, and make their bids as the sale unfolds.”

All bulls presented will be fertility tested and guaranteed, and scan data will also be provided.

For sale enquiries and to arrange pre-sale inspections please contact sale agent Savage Barker and Backhouse on (07) 4927 1677 and visit senepolbulls.com.au.