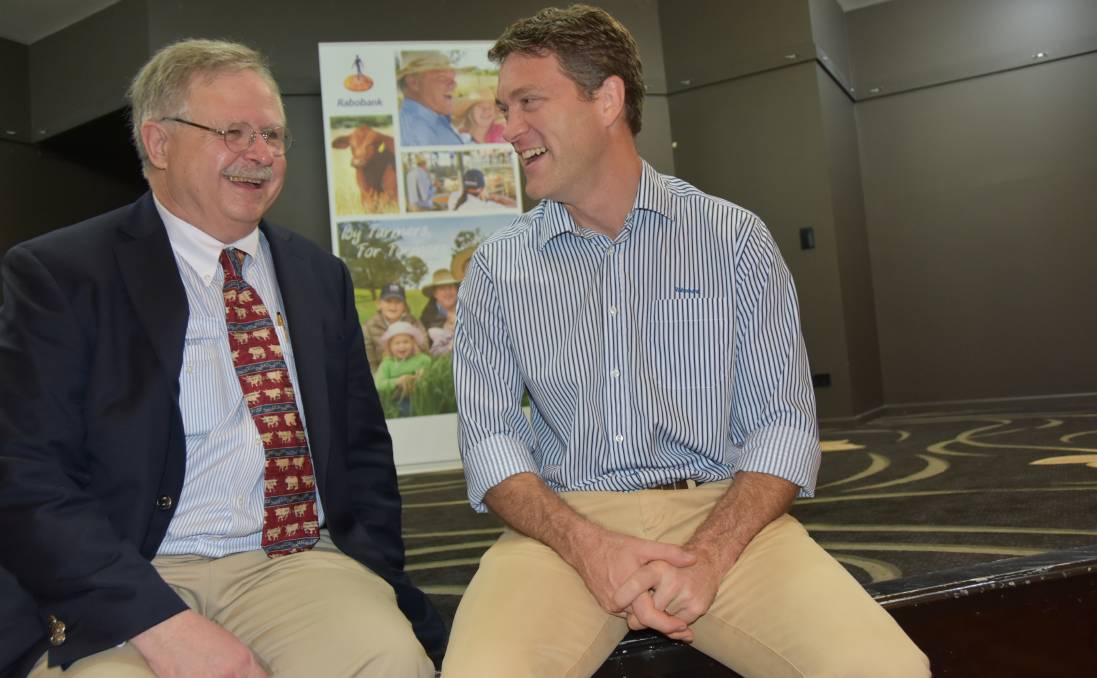 THE premium which United States beef is currently commanding over imported Australian lean trim could well cause some big headaches to both countries as the year progresses.

With US slaughter already travelling at 10.5 per cent above year-ago levels, and seasonal circumstances pointing to a forced liquidation in the very near future, that 10 cent-a-pound premium will deliver a great deal of vulnerability, US market expert Don Close believes.

He provided valuable insight into what is happening in his home country, a critical market for Australian beef given it is both a fierce competitor and a major customer.

Australian 90CLs (90 per cent chemical lean trimmings) should carry a 2 to 5c premium to US 90s, he said.

They have greater value because they negate the extra cost of freezing. Australian 90CL goes into hamburgers.

Because Australia currently has to work harder to find a home for product as our production steps up, the spread is now in the opposite direction.

“If that 10c/pound spread stays well into the summer the incentive to buy imported product will ultimately break our domestic market,” Mr Close said.

“It won’t be to your benefit though. If we lose our domestic price for 90s, the import price will  drop too.”

Mr Close said the likelihood of some level of cow liquidation before the US summer finishes was high, with 70pc of US beef cows residing in areas with drought stress.

“Because of our reduced slaughter capacity, if we see slaughter rates escalate because of  forced liquidation we could get into a scenario where we have more cows coming to market that we have space to hold and that would have a collapsing influence on price,” he said.

The struggling US dairy industry also has to be factored in.

Cost of production for milk producers is now at, or above, farmgate prices and grain and hay prices are still going up.

That adds up to high risk of a big dairy cow slaughter before the end of the year, Mr Close reported.

While the dairy inventory might only be 9.5m cows, the problem, he said, was “when we get to a period of forced liquidation of dairy cows it’s not there are so many available but it’s that every damn one will want to come to town on the same day.”

The US herd is still expanding but at a slow pace.

“Our beef cattle numbers on January 1 this year was 31.7m. The modeling work we have says it will peak between 32 and 32.5m cows,” Mr Close said.

“In any reasonable scenario, we will maintain levels above the 2014 low.

“That’s great news because it will enable us to support our current infrastructure of feed yards and packing plants.

“The rate at which we were liquidating numbers in 2013-14 saw a number of plants and feedyards close - we were sacrificing infrasture.”

Mr Close said he had been in the industry for three full cycles now and ‘never before in my working career have I seen a global marketplace as exciting and driven by change as the one we are in right now.”

The emerging middle class of 300m in China, developing protein demand across Africa and changing consumer demands were presenting incredible opportunities, he said.

On trends like convenience, online shopping, meal kits and home deliveries, Australia was “up to speed’ with the US, he said.

“Rarely a day goes by when there is not a press release on a new development in the home delivery meal kit scene,” he said.

Alongside that, there seems to be an “insatiable appetite for high end meats” that is driving quality.

The longstanding US consumption decline has been turned around by an industry striving for a quality eating experience, Mr Close said.

But, he warned, all of this has been done in an expanding economy.

“This market has not seen the stress test of added value services and conveniences in a contracting economy,” he said.

“We’re currently in the second longest period of economic expansion in US history.

“Within 12 to 18 months the likelihood of seeing recessionary pressure will be very high.”

“The first is that every human being alive today is a walking camera,” he said.

“We have a situation in the States where day-old dairy calves essentially have a negative value.

“The day will come when I see footage on the evening news of euthanasia of Holstein male calves and we no longer have the ability to survive that kind of public scrutiny.”

The second is the growth of dairy production in India and its byproduct, carabeef, flowing onto world markets.

The ramifications globally to beef are going to be enormous, he said.

The story Pending US forced liquidation a headache for Australian beef first appeared on Farm Online.