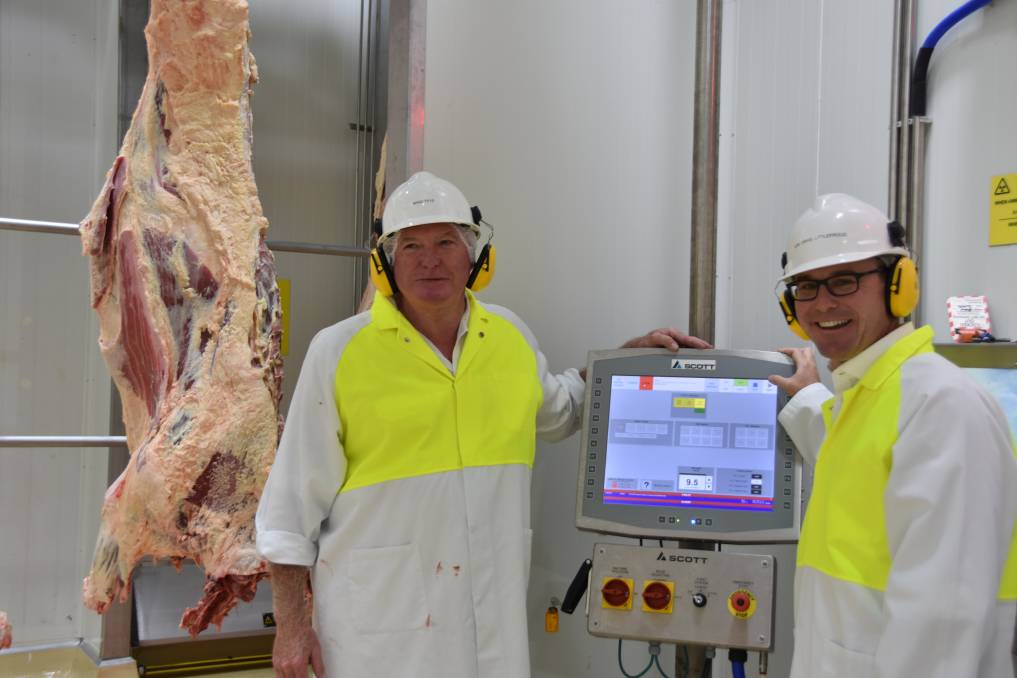 World class technology which identifies the exact composition of a cattle carcase will be a 'game changer' for the industry.

A HIGH-tech x-ray machine which identifies the exact composition of a cattle carcase was officially launched in Rockhampton today.

Teys Australia General Manager Corporate Services Tom Maguire said the new technology would be “a game-changer for the beef industry.”

“It will help Australia keep in front of the rest of the world by giving enhanced feedback to producers, allowing them to make better genetic decisions, growing better cattle for world markets,” Mr Maguire said.

He said the dual band x-ray technology would enable them to identify the exact composition of the beef, and in turn provide feedback to producers.

“It takes an x-ray image of beef carcase and allows us to accurately predict how much meat, fat and bone is there,” Mr Maguire said.

“It allows producers to target the best market in the world for the product they produce and the overall aim of it is to improve returns for people.”

“DEXA will give us a better guide to carcase composition, particularly regarding lean meat yield, which will allow us to give better feedback to producers and, ultimately, reward them for producing high-yielding animals,” Dr Landbridge said.

Federal Agriculture Minister David Littleproud, who flew to Rockhampton to officially launch the technology today, described it as “world’s best”.

“This is world's best, we should be proud of the fact that Australian innovators created this,” Mr Littleproud said.

“This will take the beef industry into the new age.

“That’s taking cutting edge technology, making sure that we can give market intelligence back to the producer and give integrity through the supply chain.”

“It's fitting that we're here for Beef Week, where all our luminaries are here to celebrate what is great about being in Australian beef.”