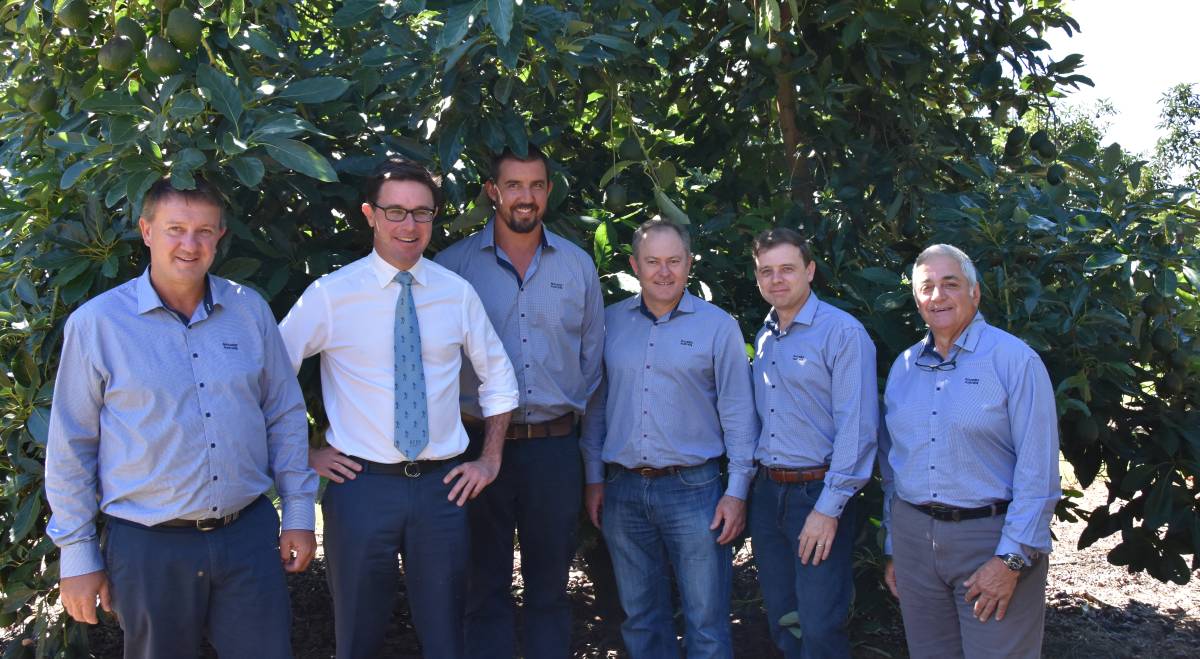 Federal Minister for Agriculture, David Littleproud, has taken a shot at the Queensland Labor Government for 'propping up their mismanagement in the economy' through a 47 per cent ownership of electricity generation and distribution.

Federal Minister for Agriculture, David Littleproud, met with representatives from Avocados Australia in the Toowoomba region on Thursday to get an insight into the industry.

Visiting Daryl and Sally Boardman’s Sunnyspot Packhouse and farm at Ravensbourne, the group discussed challenges the industry is facing, including rising electricity prices and the importance of backpackers in the horticulture industry labour force, as well as growth opportunities for the industry.

Mr Littleproud said meeting with representatives from the avocado industry was part of his endeavor to see firsthand what agriculture industries are doing and get an appreciation for their concerns.

“I was very heartened by the way the avocado industry has not only embraced the past but is embracing the future by making sure they have sustainable growth and they look for new markets while addressing some of the messy challenges they have,” he said.

“Research and development is obviously a major concern of theirs about how research money is strategically invested and I share their concern.

“Labour is another key issue that they're concerned about, and we're working methodically and decisively around making sure we can address those.

“I've been working slowly but surely with industry on an ag visa and how we can address those labour concerns, but we've got to make sure we get it right.

“There's no point rushing into it; we want to make sure we get those concerns addressed in a proper way that will meet the needs.”

Mr Littleproud also highlighted the big issue of power, one which is having a huge impact on all farmers in Queensland.

“When 47 per cent of your electricity bill is fees and charges and State Government owns all the electricity distribution outlets in regional Australia and own most of the generation pieces, the $1.5 billion dollars that they're taking back into their pockets needs to be reinvested back into businesses like this,” Mr Littleproud said.

“We're trying to put in place a national energy guarantee that is predicated on a market and reliability.

“It's important now that State Government weans themselves off this $1.5 million dividend and start to empower business, hands that money back to business instead of propping up their mismanagement in the economy and making sure we give those rebates back to the business and creating employment.” Avocados Australia chief executive officer, John Tyas, said the point of the day was to make Mr Littleproud aware of the avocado industry, where it’s headed and some of the challenges and opportunities it faces.

“The industry is going through a massive growth phase,” Mr Tyas said.

“About a third of all the trees that are planted in Australia are yet to come into full production.

“We've got some big growth coming, so we really need access to new markets.

“We're hopeful that we'll have access to new markets in Asia over the next few years as our industry starts to expand.”

“There are a number of countries that want to get access to Australia and it's really important that the scientific risk assessment process is thorough to make sure that we don't risk introducing any pests and diseases that we don't have here in Australia,” he said.

“We also raised some concerns about the proposed changes to the horticulture award.

“We understand that that's out of the government's hands and it's an issue with Fair Work Australia, but certainly what's being proposed is concerning for our sector and we'll be keen to do what we can to make sure those changes don't happen.”