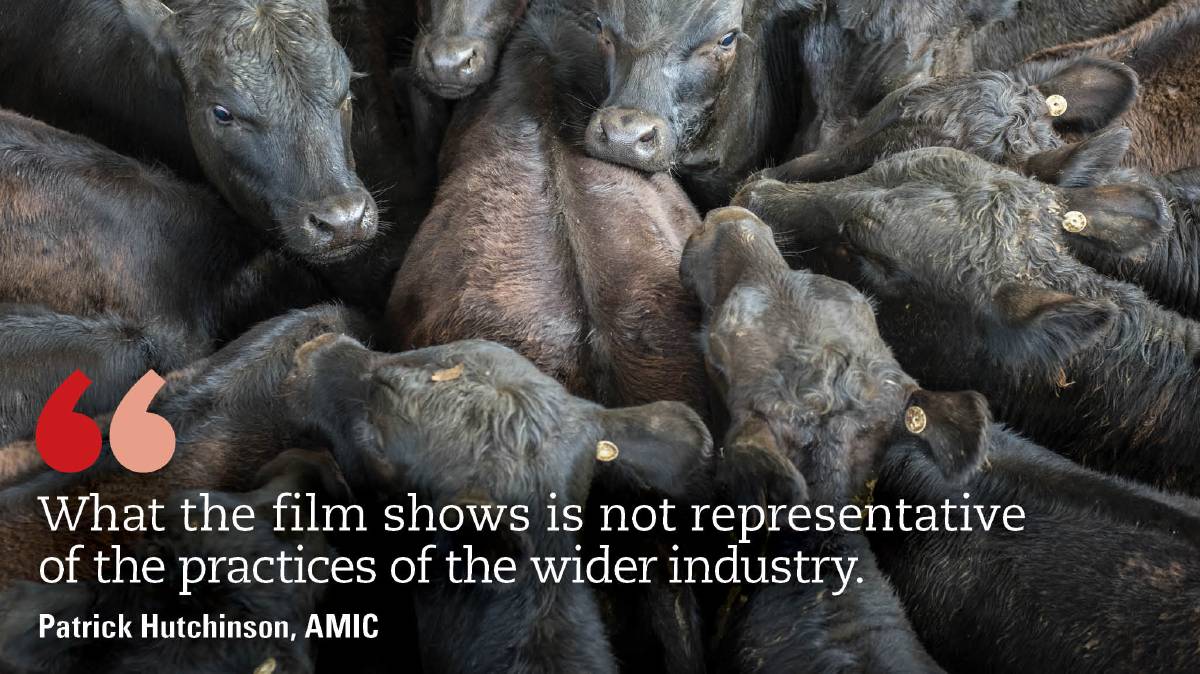 The agriculture industry is bracing for backlash, following the release of Dominion, an animal activist film.

Dominion, which is in the midst of an international tour with sold-out shows across the country, premiered to a crowd of 900 people in Melbourne last Thursday.

A protest was held at a Benalla abattoir by animal activists last Monday to coincide with the film’s release.

At yesterday mornings slaughterhouse shutdown at Benalla, held to coincide with the release of the new documentray revealing the truth in Australian animal farming, Dominion.#melbournechickensave#veganpic.twitter.com/o3IuEoOCFj

But the film has been slammed by several industry groups who believe the footage has been covertly obtained and deliberately designed to tarnish the reputation of livestock farming.

Australian Meat Industry Council chief executive Patrick Hutchinson said the skewed footage was an “upsetting” representation. Mr Hutchinson said he was unaware of any significant activist response to the film and would continue to monitor any developments.

"What the film shows is not representative of the practices of the wider industry,” Mr Hutchinson said.

Through covert filming at different farms and abattoirs, the film appears to show animal cruelty throughout several Australian agricultural operations.

The National Farmers’ Federation has been preparing for the release of the film for months, with president Fiona Simson recognising there was "room for improvement" by industry to improve animal welfare practices.

But Ms Simson said producers who do not uphold high welfare standards “have no place in our industry”.

“We understand the wider community’s expectation that the animals in our care are treated according to the highest welfare standards,” Ms Simson said.

“It is vital that Australia has effective systems in place to ensure and demonstrate good animal welfare outcomes to the community – this includes efficient and cohesive regulatory systems.”

The film is a sequel to Lucent - a documentary released four years ago that exposed animal welfare concerns in the pig industry.

University of Melbourne professor Paul Hemsworth, who works in the area of animal welfare, said the pig industry had made significant changes in its practices in response to community concern.

“The Australian pig industry has funded research into the housing of pregnant sows, which I think has been a consequence of the industry responding to community concern,” Professor Hemsworth said.

“Housing sows in stalls comes with welfare risks, whereas housing in groups can be more effective, and I believe the industry has substantially moved towards group housing.”

He said the agriculture industry has an obligation to respond to these concerns, but that most issues of animal welfare come out of ignorance and lack of training and competency.

“The industry has always had high expectations of itself in terms of animal welfare, and has worked very hard over many years to keep practices right with what the community expects,” Mr Heard said.

Australian Wool Innovation said the industry group had not seen the film and were unaware of the references to mulesing practices.

Dominion is a feature-length documentary that was seven years in the making and was written, directed and edited by Chris Delforce, who used drones, hidden and handheld cameras to obtain confronting footage from Australian farms, saleyards, and abattoirs.

Mr Delforce told Fairfax Media that from his experiences, he saw the issue of animal abuse to be “absolutely systemic” in the agriculture industry.

“At slaughterhouses, [there seems to be] a common failure of stunning devices, which results in pain and suffering, and prolonging those final moments that are meant to be quick and painless.”

Mr Delforce also listed issues that appear on-farm, or in factory farms, like keeping sows confined to small cages, growing meat chickens so quickly that their bodies can’t handle their weight, the mulesing of sheep, and castrating cattle by placing an elastic band on their testicles until they rot and fall off.

He said the objective of the film isn’t just about changing practices, it’s about “questioning the bigger picture of whether this ever is done right”.

“As it stands, [consumers] have only seen one side of the story, the side that the industry puts out, not the side that goes behind the imagery of happy animals, to see what it’s really like on farms, and at slaughterhouses,” he said.