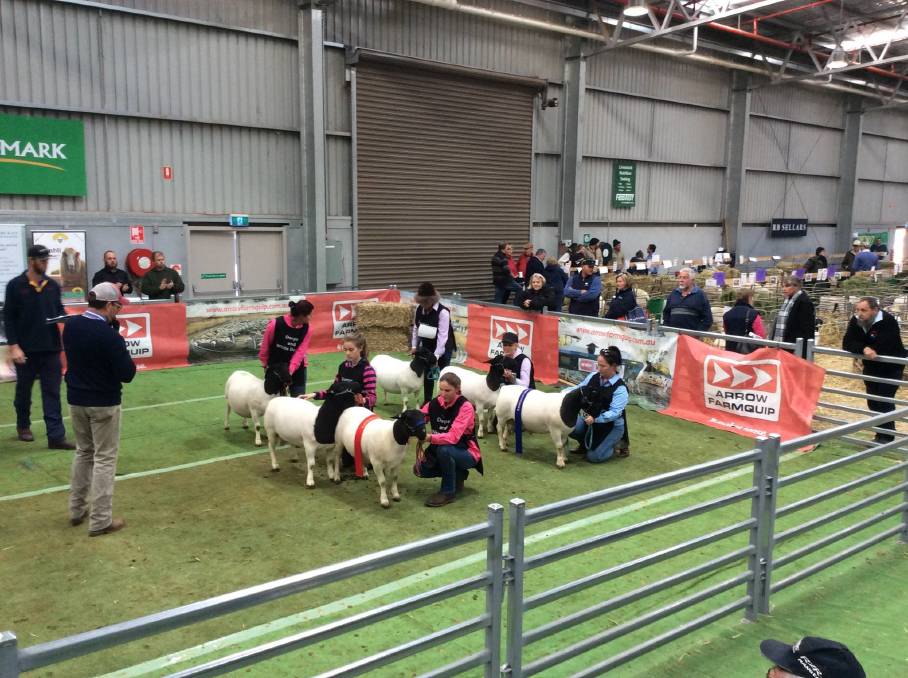 Great show: Breeders from Qld, NSW and WA will exhibit 280 Dorper and White Dorpers at the DSSA National Show being held for the first time in Queensland in conjunction with the Toowoomba Royal Show on April 11 to 12.

The National Dorper and White Dorper Show will be held in Queensland for the first time when it takes place in conjunction with the Heritage Bank Toowoomba Royal Show in April.

Dorper Sheep Society of Australia Inc (DSSA) executive officer, Sara Winn, and DSSA board member Donna Emmerton, said while the National Show is traditionally held in Dubbo, New South Wales, a few years ago the DSSA board made the decision to move the show around to include other regions.

“This gives all DSSA members the opportunity to participate, where often travelling distances can make attendance difficult and expensive,” they said.

“For the past three years the National Show was held at the Australian Sheep and Wool Show in Bendigo, Victoria, and it will be held at Toowoomba again in 2019.”

The location and time of the annual Queensland Multi-vendor Dorper and White Dorper Ram and Ewe Sale has also been shifted from it’s usual spot at St George in September, to be held following the national show, at the Toowoomba Showgrounds.

“Adding the sale to the National Show gives Qld buyers the opportunity to purchase from a nationwide selection of quality genetics, which they wouldn’t usually have access to locally.”

Breeders from Qld, NSW, and WA will exhibit a total of 280 Dorper and White Dorper’s at the National Show which showcases “the Dorper breeds at their best”.

“The show enables studs to exhibit their best animals and genetics available, and provides them with the opportunity to compete against one another for the titles in the various categories.”

Danny Teskera, Roslynmead Stud, Vic, will have the honour of judging the exhibits and is looking forward to inspecting the best the Dorper breeds have to offer.

He’ll be looking for “animals that have strong breed type, structural soundness, balance, and meat”. 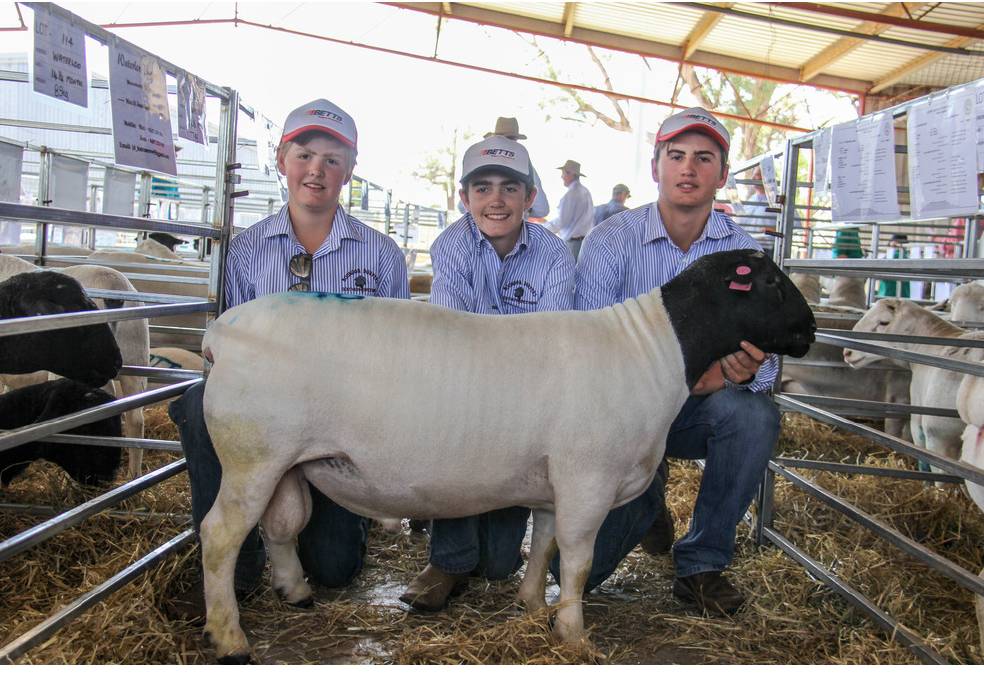 The sale which begins at 3pm, on April 12, will along with the National Show, be held in conjunction with the Heritage Bank Toowoomba Royal Show for the first time.

“The lots selected for the catalogue have yet to be inspected. However they’ll be exhibited during the National Show, and we’re expecting a diverse range of high quality genetics will be available for prospective buyers to bid on,” Ms Emmerton said.

She said buyers from all over Australia will be attending the sale, and Qld buyers will have the “opportunity to purchase a vast selection of genetics that aren’t usually so readily available to them”.

Mitchell, Sam and Warwick Southern, Boonoon Dorpers, Weengallon made an impressive debut in the stud ram selling arena when they topped the sale in St George last year.

The top price ewe was Amarula 166059, offered by the Kirkby family, Gravesend, NSW, and bought by Joe and Rachael Kopp, Ululah Park Dorpers, Kingaroy for $2100.

The 13-month-old daughter of Gunbar Dorpers 140081 was joined to Amarula’s “next up and coming sire” in Amarula Coolaminya.

Online bidding through AuctionsPlus will be available for those unable to attend the sale in person.

Hard copies of the catalogue are available from Landmark Toowoomba or at the event. Digital copies are available on AuctionsPlus or on the DSSA website.

Ms Emmerton said a second helping of Dorper breeds sale action will still be occurring in St George in September, where larger numbers are expected.