Koala experts say collaboration is needed if vegetation management is going to help the Aussie icon. 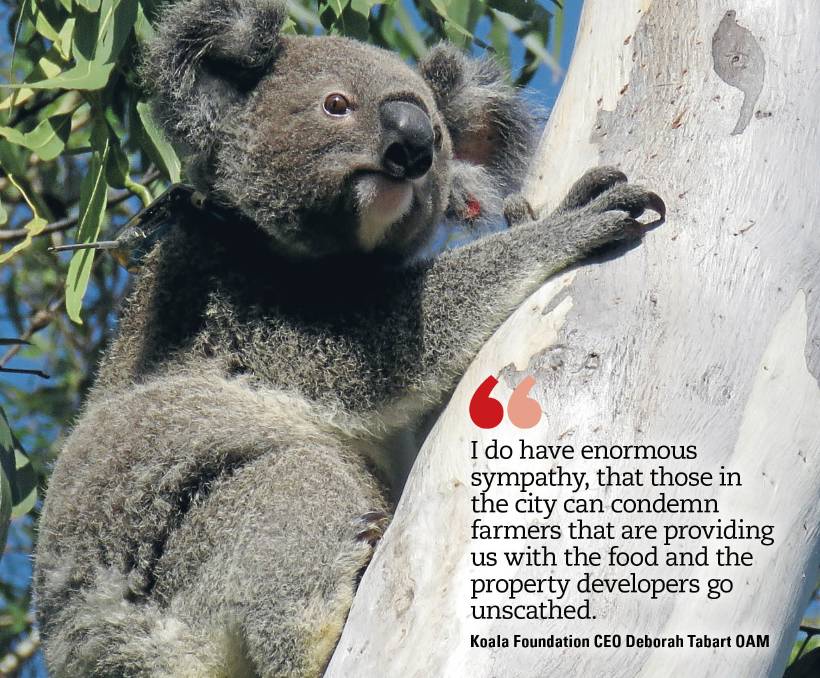 Cars and chlamydia were the major cause of a rise in koala deaths from 1997 to 2013 in south-east Queensland. Urban development is also a major threat to koalas.

KOALA experts say stronger land clearing laws will do little towards preserving koala populations due to inaccurate mapping data and a lack of balanced cleared and timbered land.

The Koala Foundation estimates there are less than 100,000 koalas left in Australia with loss of habitat usually the first to be blamed.

But, as found in a University of Queensland study released last year, cars and chlamydia were the major cause of a rise in koala deaths from 1997 to 2013 in south-east Queensland.

In those areas the population declined by about 80 per cent during that time.

Koala Foundation CEO Deborah Tabart OAM said urban development was a major threat to koalas and the same protections around clearing should apply in the south east.

“I do have enormous sympathy, that those in the city can condemn farmers that are providing us with the food and the property developers go unscathed,” she said.

Ms Tabart slammed the government’s mapping system as inaccurate and said producers needed to be given incentives such as reduced rates if they were to be forbidden from grazing in protected areas. 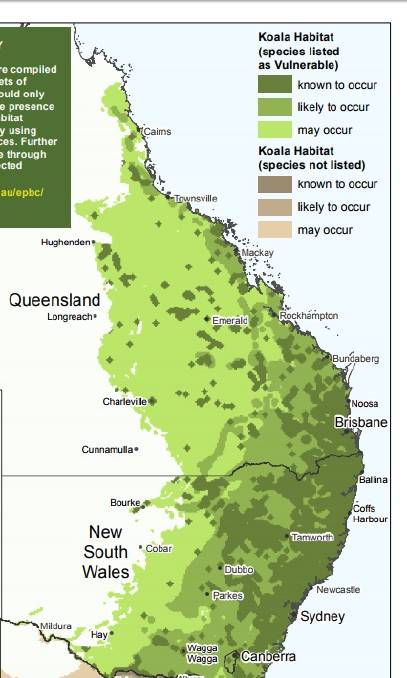 A graph showing koala habitat and where they are likely to occur. Picture: Australian Government 2012

“They’re never accurate and they like being not accurate, this is a divide and conquer tactic,” she said.

“Our maps are from what is actually on the ground, we produce the maps of vegetation.”

Mr Jurskis’ research paper into the ecological history of koalas found that the koala population was declining from unnaturally high numbers dating back to early history and were rather trying to reach a natural low density.

Referencing an ecological study in south east Queensland in 1987, Mr Jurskis said when land was sold for urban development and was no longer managed by grazing and burning, the koala population erupted.

But, Mr Jurskis said, a high density population was unsustainable and unnatural.

“The areas that koalas are disappearing from are areas that weren’t prime koala habitat...it didn’t become good koala habitat until improved pastures, until burning was disrupted,” he said.

The Koala Foundation believes there are 1000 koalas in the Redland, Logan, Brisbane and Pine Rivers (now Moreton Bay) shires compared with 30,000 in 1988.