The Australian Boarding School Association's training emphasises that bullying and cyber-bullying are always present but mustn't be given opportunities to grow.

The boarding environment, where teenagers are in each other’s company 24 hours a day, is one of the enormous challenges facing school administrators as they battle the ever-present worry of bullying.

The boarding environment, where teenagers are in each other’s company 24 hours a day, is one of the enormous challenges facing school administrators as they battle the ever-present worry of bullying.

Richard Stokes, the executive director of the Australian Boarding School Association, with a member base of 193 schools nationwide, has written extensively on the subject and says no school or parent has learnt the right way to deal with modern communication technologies.

What they have learnt is that taking phones away drives problems underground.

“The big challenge is that social media is so private, and kids are good at hiding things” he said. “We are putting our emphasis on training them to know what’s appropriate.”

Mr Stokes’ usual start-of-year ritual has an added sense of responsibility this year, knowing that students and staff at one of their member schools, Scots-PGC at Warwick, will be coping with the emotions surrounding the suicide of former student, Amy “Dolly” Everett, at the start of the year.

He said Headspace had been in touch and would be supporting all at the school.

The sad truth is that suicides, while not common, do happen in the boarding school environment, probably once every two to three years, with causes ranging from mental health issues to bullying.

“We spend a lot of time training staff now,” Mr Stokes said. “Once upon a time we were just good babysitters.”

He said in 90 per cent of cases, boarding schools were on top of bullying, with exclusion being the hardest to manage.

“It’s something that girls do really well – it’s a really big issue for us,” Mr Stokes said.

He said it was important for students and staff to spend a lot of time together and for young people to understand who was there to support them.

According to youth mental health service, Orygen, suicide rates in rural communities are higher than among their metropolitan counterparts, making it even more critical that services and supervisors are available and vigilant. 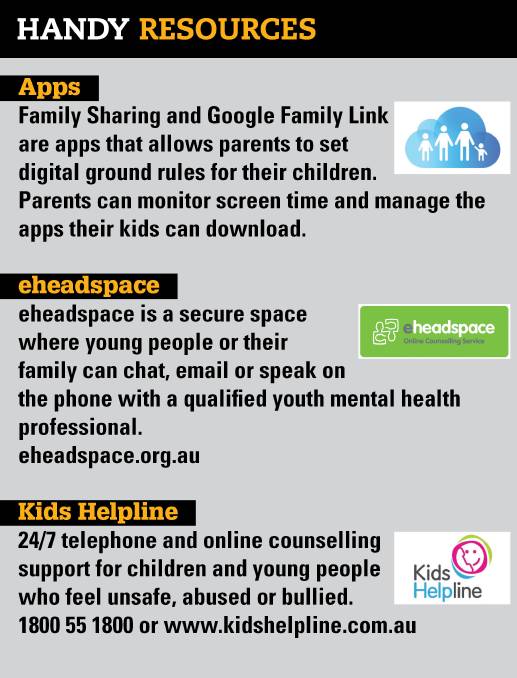 There are many resources available for families and young people looking for ways to manage bullying.

Shining a light important for ICPA

Bullying is an issue often brought up by rural families in the Isolated Children’s Parents’ Association arena, especially by families with children at boarding school, according to ICPA state president, Kim Hughes.

A look at their policy documents shows “that boarding schools have behaviour management policies which minimise the harmful effects of bullying” and “that boarding staff be trained to detect and take appropriate measures when children show signs of mental health problems” listed as two of their lobbying issues.

”Parents in this situation aren’t with their children, so it’s definitely an issue we talk about,” Kim said.

With the spotlight now shining so brightly on bullying in all forms, but especially cyber-bullying, she said one important thing people could do was not turn a blind eye.

“People stand by because they don’t want their social standing to be affected, but if more people show that they’re feeling uncomfortable about what they’re seeing, support for a bully starts to diminish.

With smartphones such an integral part of children’s lives now, Kim said she knew boarding school administrators were trying to find the balance between using them and putting them away.

Through her own experience of having children in boarding, she found there was a lot of material freely available through school resources to learn about cyber-safety.

“My 18-year-old said having someone who had been impacted by youth suicide speak at the school would pack so much more of a punch though, because it would actually be real.”

Her heart went out to the Everett family for their bravery in speaking out in the midst of their grief at losing their daughter, and said ICPA would be encouraging members to get behind Dolly’s Dream Foundation.