It wasn’t just mad dogs and Englishmen out in the midday sun at Alpha on Saturday, but keen cricketers from all over northern and central Queensland, keen to claim this year’s honours in the annual carnival.

Alongside them was cricket legend, Doug Walters, who braved the 40 degree heat to take a juniors coaching clinic before being roped in to umpire the final.

The winning honours this year went to Sugar Daddies over Tomahawks, a reversal of the result the last time the competition was held in 2015. 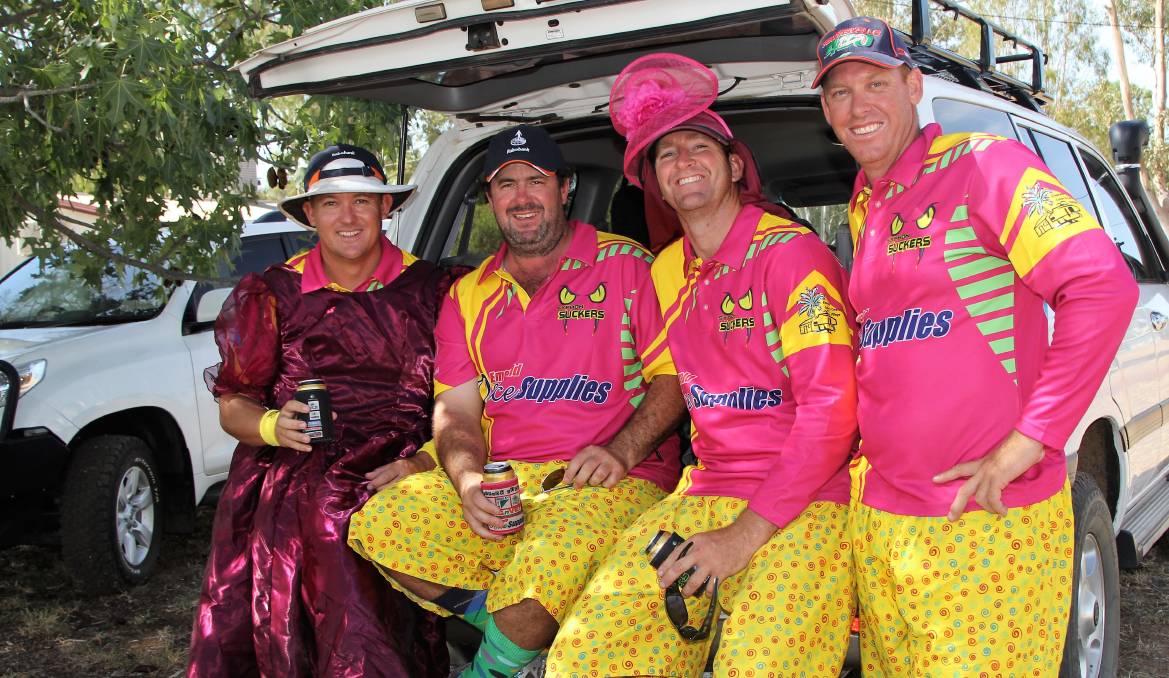 Last year’s event was washed out by overnight rain, when up to 125mm fell in the region.

Organised by the Alpha Isolated Children’s Parents’ Association branch as a fundraiser for the group’s lobby for equal educational opportunities for rural students since 1996, this year’s event attracted 28 teams from as far afield as Clermont, Rockhampton, Emerald, Jericho, Blackall, Nebo, Springsure, and local players.

The seven fields were busy with three rounds of play throughout the day, where some interesting dress codes were on display.

Secretary Angie Bettridge said even though the temperature was up to 40 degrees, the players seemed to love it.

“It got washed out last year so people were super keen this year,” she said. “It’s a really good catch-up for the boarding school families in the district too.”