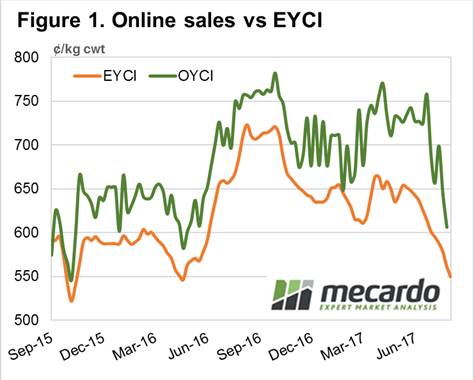 A NEW cattle market indicator for online sales has been removed from the website of its creators.

Following the launch this month of the Online Young Cattle Indicator (OYCI) by market analysts Mecardo, and the first of a planned fortnightly OYCI update, all reference to the tool has been removed from Mecardo’s website.

Fairfax Media understands leading online auction platform for agricultural and livestock sales Auctions Plus had concerns with the product and sought legal advice.

However, both AuctionsPlus and Mecardo have so far declined to comment on whether that was the catalyst for the OYCI’s apparent disappearance.

The OYCI was billed as an online sales version of the benchmark Eastern Young Cattle Indicator (EYCI).

Mecardo’s first analysis of OYCI data showed the spread of the OYCI to the EYCI had narrowed over the month of August.

AuctionsPlus chief executive officer Anna Speer provided a written statement saying her organisation did “not have a commercial relationship with Mecardo and do not provide them with any data.”

In launching the OYCI, Mecardo said it utilised various online auction sources and its own extensive database of cattle prices and used only online sales of the same types of cattle from similar areas across the nation used with the EYCI.