The LNP has said it couldn't support the wording of a motion by Katter's Australia Party on handgun ownership by primary producers. 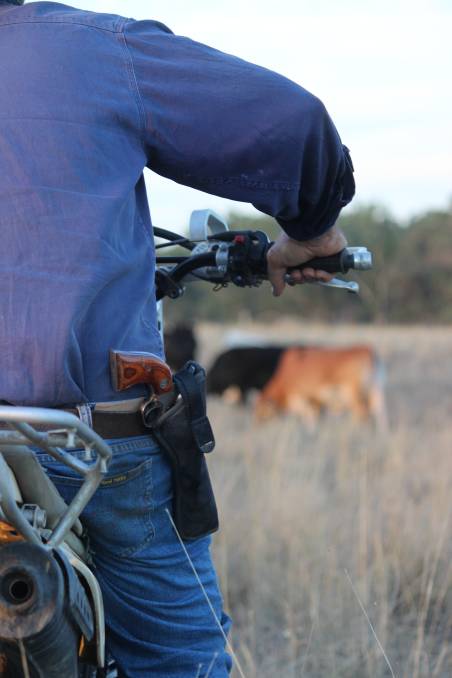 Semantics and political manoeuvring by Queensland’s conservative politicians have been blamed for the failure of a last minute crossbench motion for primary producers to have “as of right” access to category H weapons in state parliament last week.

Katter’s Australia Party, which put the motion, said the LNP and ALP were jointly responsible for the defeat of a “commonsense measure”.

KAP’s Rob Katter and Shane Knuth said it was another attack on farmers’ rights.

In response, opposition police minister, Tim Mander, said the wording had been reckless and KAP’s parliamentarians had been unwilling to negotiate.

The “as of right” phrase was the sticking point for the LNP, which Mr Mander said would have had unintended consequences if it had been agreed to.

“It risked the whole system by giving carte blanche for a whole category of people,” he said.

“KAP might have had good intentions but that’s not what the motion said.

“We tried to negotiate for an hour, for a right to fair assessment, but we were wedged on this.”

When the crossbench puts up the motion for the day, the debate is between themselves and the government, and the opposition can only speak to the motion with the mover’s permission.

Mr Mander said KAP hadn’t given them permission to speak.

AgForce weapons spokesman, Graham Park, said the LNP should not have been so rigid in its interpretation, given that a motion was being debated, not binding legislation.

“It was more a statement on the rights of primary producers,” he said. “It would have been far more productive if the LNP had been able to work more closely with KAP on preparing the motion.”

He said KAP’s efforts on behalf of primary producers had been welcome.

The motion was put up amid an environment of growing concern at the increasing level of category H applications being rejected by the Weapons Licencing Branch, impacting landholders who have held handgun licences for many years, and who say they have legitimate reasons to own them.

Mr Katter told the parliament that people were forced to join a pistol club in order to retain their licence, driving through their property and in some cases, many hours to a sports shooting event, to be eligible to continue to hold a licence.

“This attitude does nothing to reduce risks to the public. It makes no sense,” he said.

“They are vitally important to rural families’ safety, especially if you’re miles away from the house or being bailed up by a pack of wild dogs as happened to Katie Casey on her property near Hughenden recently.”

Mr Katter said he had fielded numerous calls from concerned property owners who were being told they wouldn’t have their category H licences renewed.

“I know other members of the House with rural electorates have received similar calls and it’s a disgrace they wouldn’t support the motion,” he said.

“What is happening with category H licencing is unacceptable,” he said. “Renewal refusals are wrong, and the interpretation of the licence needs to be overhauled and updated.

“I’m frustrated that we didn’t have the opportunity to put our point of view forward.

“We would have had a chance to get something through, with KAP’s support.”