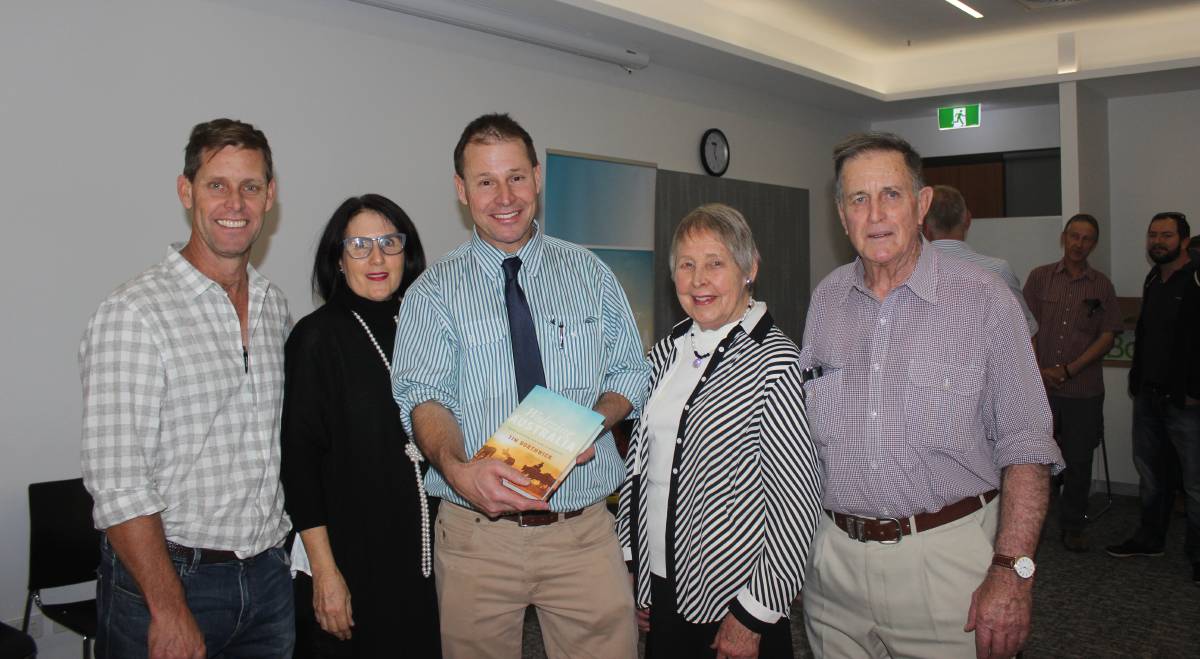 From a young age Tim Borthwick loved to read the poems of Henry Lawson and Banjo Paterson, and was captivated by their ability to tell a story through rhyme and rhythm.

At the age of 30, Tim started putting pen to paper and dabbling in writing poetry and ballads himself, and the rest is history with his recently published works titled Waltzing Australia.

Tim grew up at Whynot Station in the Quilpie district until 2011 when he moved to Toowoomba.

Waltzing Australia features 50 poems and stories that tell of the heartbreak, humour and hard yakka that come with living and working in the bush.

Many of Tim’s works were written after spending long days mustering sheep and cattle on the back of a motorbike, or in the fading light in a stock camp miles from anywhere.

In 2013, Tim won the Bronze Swagman’s Award at the inaugural Outback Writers Festival in Winton. As the 2013 winner, he was barred from entering the competition for three years, and returned this year to be awarded runner-up and highly commended.

But it was a chance meeting with journalist Sue Williams, at the Outback Writer’s Festival in 2016, that was the catalyst to his book publishing journey.

“Sue was telling me of her amazing experience about her fight in Fred Brophy’s legendary boxing tents with female boxer ‘The Beaver’, so I penned a poem ‘Sue and The Beaver’ and sent it to her,” Tim said.

“She passed the poem onto her literary agent Selwa Anthony, and this simple gesture put me in contact with both Sewla and Harper Collins, Australia, to produce this book.

“I selected 50 of my favourite poems written over the past 18 years, and accompanied them by a short story of up to 600 words telling what inspired me about each subject.”

President of the Outback Writers Festival and vice-chairman of the Waltzing Matilda Centre, Jeff Close, describes Tim as a modern Banjo Paterson or Henry Lawson.

“Tim has spent a lot of time in the bush and is good at his craft.”