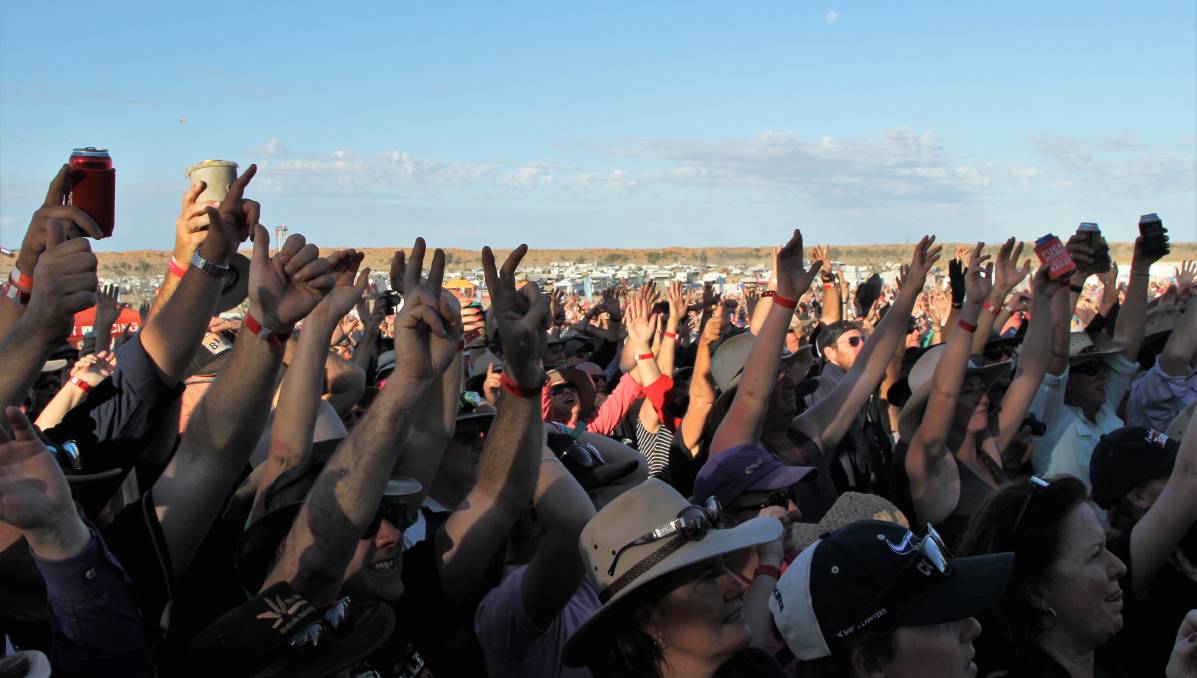 Thousands of people who came to rock along to the sounds of performers such as the Wolfe Brothers and Kate Ceberano left the desert site spotless.

It’s been two weeks since over 6500 music-loving, experience-seeking campers danced away at the fifth annual Big Red Bash music festival - take a look back at the fun that was generated.

With so many four-wheel-drives and campervans hellbent on reaching Birdsville and beyond for the most remote music festival in the world, we take a look back at what that meant for the region.

The Bashville village was built in three days with 30 truckloads of gear and supplies transported to the site and some 350 volunteers working alongside crew for 8000 hours to deliver the festival.

Over 120,000 litres of water had to be supplied to the site and a similar amount of waste plus five semi-trailers of garbage were removed.

The journey to the festival was all part of the fun with many festival-goers saying it added to their bucket list experience.

Organisers estimate ticket-holders from across Australia travelled a combined 26 million kilometres to the Bash.

“We had an amazing time at the Birdsville Big Red Bash. It’s by far the most remote place I’ve ever played, and such a stunning location,” said Missy. “It’s a powerful experience playing in the desert amongst the giant red sand dunes and the crowd was wonderful.”

Russell Morris and Troy Cassar-Daley couldn’t resist returning for a second year in a row with other performers who kept the crowd entertained over the three days including Ian Moss, Ray Ryder and Kate Ceberano.

The highlight of last night at the #bigredbash - James Reyne & Mark Seymour playing April Sun in Cuba with the original Dragons drummer! pic.twitter.com/xwsQNtoT1u

The final day of the festival was a 7-hour, one-of-a-kind celebration of country star Lee Kernaghan’s career.

To help Lee celebrate the 25th anniversary of his ground-breaking debut album The Outback Club, he was joined by Christie Lamb, James Blundell, The McClymonts, Tania Kernaghan, Troy Cassar-Daley and The Wolfe Brothers for an epic finale.

Event founder Greg Donovan was overwhelmed with the fantastic response to the event.

“The atmosphere over the three days was electric, the performances were spectacular and put huge smiles on the faces of the audience.

“Next year will be bigger and better than ever – for those that want to tick off a bucket list experience add 3rd - 5th July 2018 to your diaries – we’ll see you there!”

For more information, head to www.bigredbash.com.au

The Birdsville Big Red Bash is supported by the Queensland government through Tourism and Events Queensland’s It’s Live! in Queensland events calendar.

The Bash is also supported by the Diamantina Shire Council.