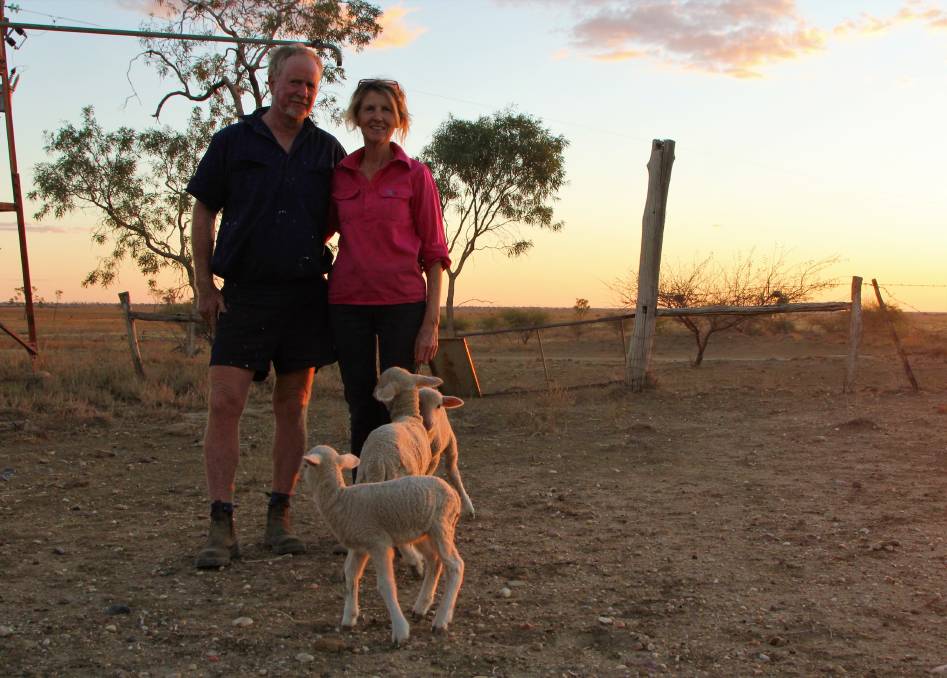 Staying alive: Poddy lambs have been a feature of David and Helen Ogg's life for the last few years at Eldorado, Stamford, where Helen has a constant stream of "babies" to be fed. Picture: Sally Cripps.

A good fall of rain in the drought-stricken Stamford region at the start of 2015 failed to give any benefit, and the long dry continues for landholders there.

It was the end of January 2015 and graziers in the Stamford region were cautiously welcoming their first big summer fall of rain in years.

Blair Ogg was caretaking the next door neighbour’s property, Stamford Downs, where 400 head of cattle were spread over 19,400ha, when between 50mm and 100mm fell, and tiny green shoots were poking up amongst the black stalks in the paddocks.

He was cautious about what the rain would do, saying “we’re definitely going to need another four inch hit to do any good”, and he was wise to be that way.

The follow-up didn’t eventuate and two years later, he and his parents, David and Helen Ogg are still battling a drought that is in its fifth year. 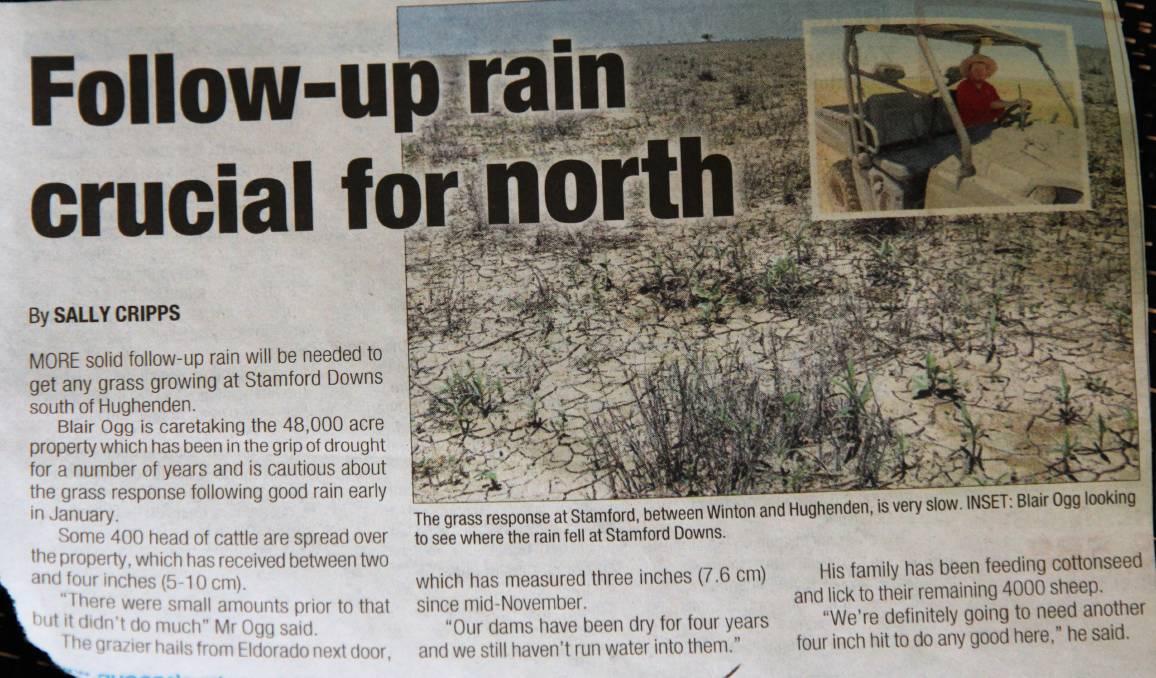 The story in the Queensland Country Life on January 29, 2015, after relief rain fell at Stamford.

Their troubles at Eldorado started in the latter half of 2012, when sheep began bogging in dams going dry.

In 2013 they sold their 230 head of cattle and concentrated on getting their sheep flock through the drought.

“Our strategy has been to survive,” David said. “If you have cattle they won’t survive, but sheep will.”

Normally they would run 10,000 head. That’s been reduced to 4000 at home being fed lick blocks, hay and prickle trees, and another 2000 on agistment.

When the drought was at its worst, they had sheep in about 11 different paddocks along a 40 km stretch of highway close to home.

“Neighbours got us out of trouble and gave us agistment,” said David. “It was good because we could walk them all, and we were able to join and keep ahead.”

The partnership is now concentrating on keeping animals alive on another front: together with Bob Little at Moombi and Tom O’Brien at Marionvale, they have become the northernmost group putting up a cluster fence under the RAPAD-administered scheme.

Some 166km long, David and Helen are responsible for erecting 56km.

“I’m looking at $240,000 out of my pocket but we’ve just got to do it,” David said. “In the last two weeks we’ve been visited three times by dingoes, and we spend probably two hours a day looking for them.”

In the meantime, they’ll be waiting for that big rain event.

“This hit and miss isn’t good at all,” Helen said.

“When rain’s about, you get your hopes up and then… It plays with your emotions.

“It’s nearly better when it doesn’t rain and you just get on with it.”